In 1964, newspaper photos of Pope Paul VI embracing Athenagoras I, the Orthodox patriarch of Constantinople, marked a significant step toward the healing of a division in Christendom that has spanned more than nine centuries.

In 1595, the Orthodox bishop of Brest-Litovsk in present-day Belarus and five other bishops representing millions of faithful, sought reunion with Rome.   John Kunsevich—who took the name Josaphat in religious life—was to dedicate his life and die for the same cause.   Born in what is now Ukraine, he went to work in Wilno and was influenced by clergy adhering to the 1596 Union of Brest  . He became a Basilian monk, then a priest and soon was well known as a preacher and an ascetic.

He became bishop of Vitebsk at a relatively young age and faced a difficult situation. Most monks, fearing interference in liturgy and customs, did not want union with Rome. By synods, catechetical instruction, reform of the clergy and personal example, however, Josaphat was successful in winning the greater part of the Orthodox in that area to the union. 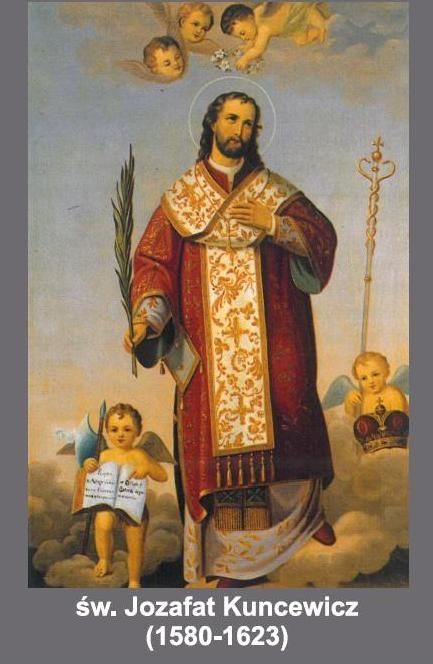 But the next year a dissident hierarchy was set up and his opposite number spread the accusation that Josaphat had “gone Latin” and that all his people would have to do the same.   He was not enthusiastically supported by the Latin bishops of Poland. 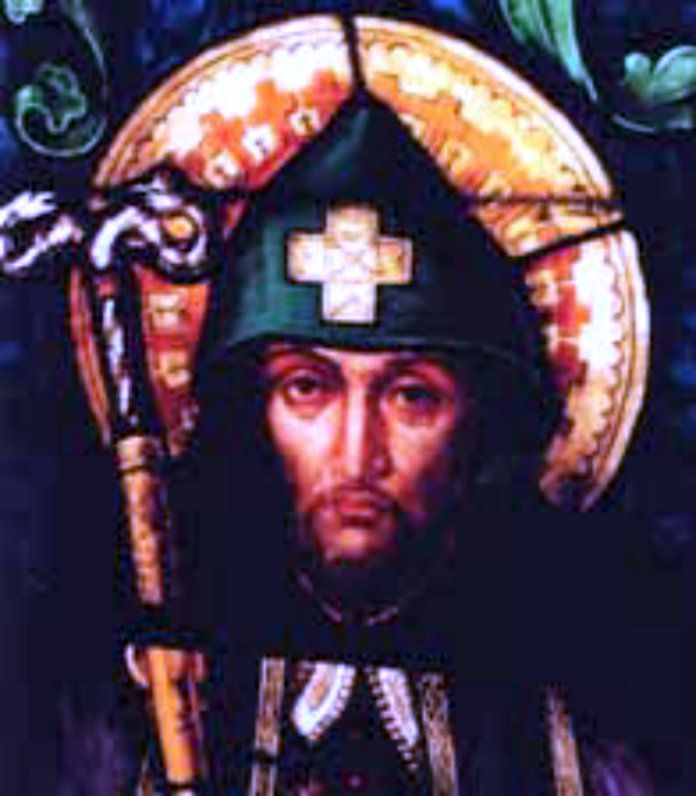 Despite warnings, he went to Vitebsk, still a hotbed of trouble.   Attempts were made to foment trouble and drive him from the diocese – a priest was sent to shout insults to him from his own courtyard.   When Josaphat had him removed and shut up in his house, the opposition rang the town hall bell and a mob assembled.   The priest was released but members of the mob broke into the bishop’s home.   Josaphat was struck with a halberd, then shot and his body thrown into the river.   It was later recovered and is now buried in St Peter’s Basilica in Rome.

Josaphat’s death brought a movement toward Catholicism and unity but the controversy continued and the dissidents, too, had their martyr.   After the partition of Poland, the Russians forced most Ruthenians to join the Russian Orthodox Church.

St Josaphat’s body was discovered incorrupt five years later, though the clothing had rotted away.   Again in 1637 it was still white and supple.    A beautiful silver reliquary was made for it, with a life-size image of the reclining Saint surmounting it.   The body was again exposed intact in 1767.   It was eventually taken to the Basilica of Saint Peter in Rome.    Pope Leo XIII Canonised Saint Josaphat in 1867.  He was the first saint of the Eastern Church to be Canonised by Rome.

Remarkably, the saint’s onetime rival – the Orthodox Archbishop Meletius – was reconciled with the Catholic Church in later years.