Saint of the Day – 26 March – St Ludger (c 742-809) – Bishop, Missionary, Founder, Abbot, Writer – born at Zuilen near Utrecht c 742 and died on in the evening of Passion Sunday, 26 March 809 of natural causes at Billerbeck, Germany.  Following in the footsteps of the English missionary St Boniface, St Ludger, who was a native Netherlander, brought the faith to the people of Frisia in Holland and the Saxons of north-west Germany.    He founded the Werden Abbey and was the first Bishop of Münster in Westphalia, Germany.  Patronages – Groningen, Netherlands, Deventer, Netherland, East Frisia, Diocese of Münster, Germany, Werden, Germany. 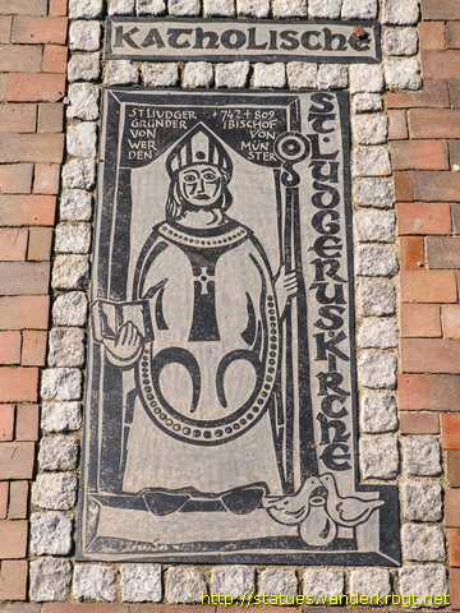 St Ludger was born in Friesland about the year 742.   His father, a nobleman of the first rank, at the child’s own request, committed him very young to the care of St Gregory, the disciple of St Boniface and his successors in the government of the see of Utrecht. Gregory educated him in his monastery and gave him the clerical tonsure.   Ludger, desirous of further improvement, went to England and spent four years under Blessed Alcuin, who was rector of a famous school at York.

In 773 he returned home and when St Gregory died in 776 St Ludger wrote his biography. His successor, Alberic,  ordained Ludger to the priesthood and employed him for several years in preaching the Word of God in Friesland, where he converted great numbers, founded several monasteries and built many churches. 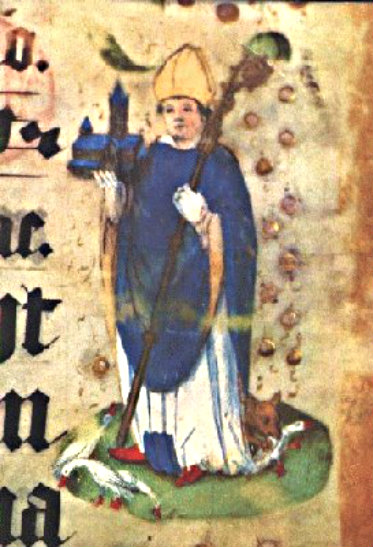 The pagan Saxons ravaging the country, Ludger travelled to Rome to consult Pope Adrian II, on what course to take and what he thought God required of him.   He then retired for around three years to the Monastery of St Benedict at Monte Casino, where he wore the habit of the Order and conformed to the practice of the rule during his stay but made no religious vows.

At this time Charlemagne was forcefully converting the Frisians and Saxons to Christianity, with the Saxon leader Widukind providing serious opposition.   When Ludger returned to the area in 787, Charlemagne entrusted him with the evangelisation of the Saxons in Westphalia.   His preaching of the gospel had more success than Charlemagne’s repressive measures.   He is reported to have cured the blindness of and thus caused the conversion of, the blind pagan bard Berulef.

Ludger made his headquarters in the place now called Münster, meaning “monastery”. Here in 795 he founded a community of canons regular, following the Rule of St Chordegang of Metz.    In 799 he established a monastery at Werden on the Rhur and became its first abbot.   Around 803 he was consecrated bishop of Münster.   His principal concern was to have a good and efficient clergy.   To a great extent he educated his students personally and generally took some of them on his missionary tours.

St Ludger was favoured with the gifts of miracles and prophecy.   His last illness did not hinder him from continuing his functions to the very last day of his life, which was Passion Sunday, on which day he preached very early in the morning, said Mass towards nine and preached again before night, telling those that were about him that he should die the following night and asking them to bury him in his monastery of Werden.

He died accordingly on 26 March, at midnight.   He was buried at Werden, Germany.   His relics are also at Münster and Billerbeck, Germany.