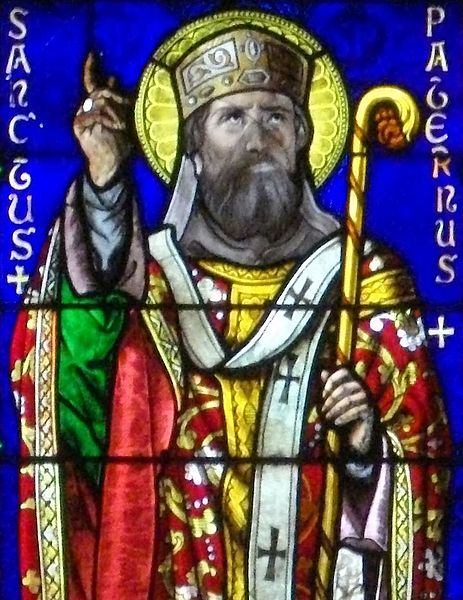 Paternus, was born in Brittany to devout parents named Patran and Gwen.   His father received Gwen’s permission to live as a hermit in Ireland and she brought up their son to be pious and godly.   The boy cherished the memory of his father and followed his father’s footsteps, becoming a monk and moving to Wales to become a hermit himself.

He met the great Welsh saints and humbly learned from them.   Instead of leading a solitary life, Paternus was called to found a great Monastery.   He built a Monastey in Cardiganshire that was later known as Llanabarn (Llanbadarn) Fawr, which means, “the church of the great Paternus.”   Over 120 monks joined Paternus and he became Bishop of the area.

Paternus was a bold opponent of the pagan kings of the region, never tiring of preaching in the hope of their conversion.   King Maelgun accused the saint of stealing royal treasure and Paternus proved his innocence by plunging his hand into boiling water and taking it out completely unharmed.   He was known for his preaching, charity and mortifications.