“In ancient times, before the divine sojourn of the Saviour took place,
even to the saints, death was terrible,
all wept for the dead as though they perished.
But now, that the Saviour has raised His body,
death is no longer terrible,
for all who believe in Christ, trample on it, as it were nothing
and choose rather to die, than deny their faith in Christ.
And that devil, that once maliciously exulted in death,
now that its pains were loosed,
remained the only one truly dead.” 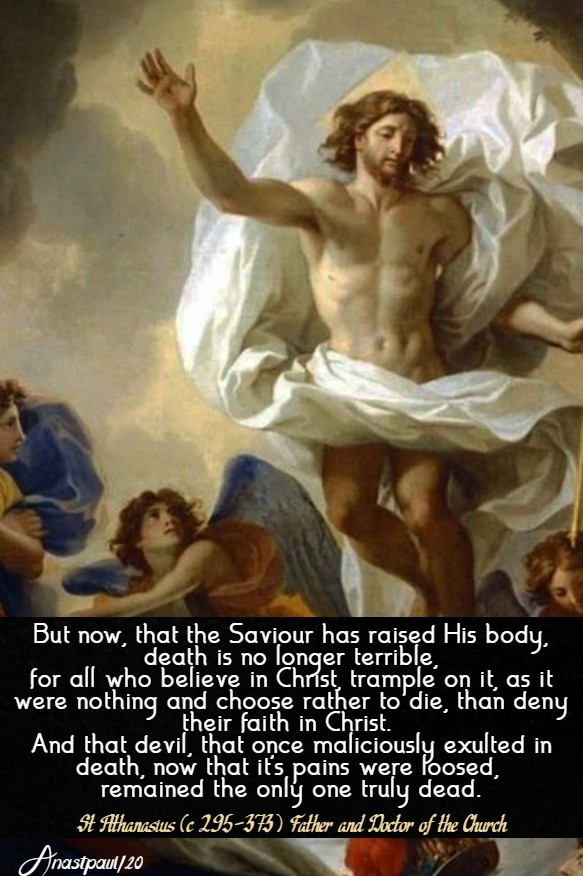 “In death, the Word made a spotless sacrifice and oblation of the body He had taken.   By dying for others, He immediately banished death for all mankind.”

“But what is also to the point, let us note that the very tradition, teaching and faith of the Catholic Church from the beginning was preached by the Apostles and preserved by the Fathers. On this the Church was founded – and if anyone departs from this, he neither is, nor any longer ought to be called, a Christian.”

“Christians, instead of arming themselves
with swords,
extend their hands in prayer.”