“My dear brothers in Christ and in the love of Mary!
The Sacred Altar is the meeting point, of all, that is for the Christian and the Catholic, a vision of heavenly doctrine, inspired by divine grace, the inexhaustible source of strength, holiness and joy in our life here below, in the certainty of the eternal life to come.

Follow Me then to this Blessed Altar of My Sacrifice, which is the Sacrifice offered for you and with you, for all that is dearest to you in the innermost sanctuary of your souls and in your family life and in the various relationships of your civil and social activity.

The land where we were born, which is so dear to us, is always, even when resplendent with natural beauty, full of thorns and of things which cause us distress and pain.

True comfort is found, only in union with the Cross of Christ and His sufferings, united with the sorrows of His Mother, who is our Mother too.

Oh, how beautiful is and how consoling, to believe, live and pray with our Mother, sharing in her love with her Son, the Word of God, made man for us, as a sign of blessing, prosperity and peace amid the uncertainties of this present life, in the certain hope of the eternal joys which await us. Amen.

The Refuge of Sinners 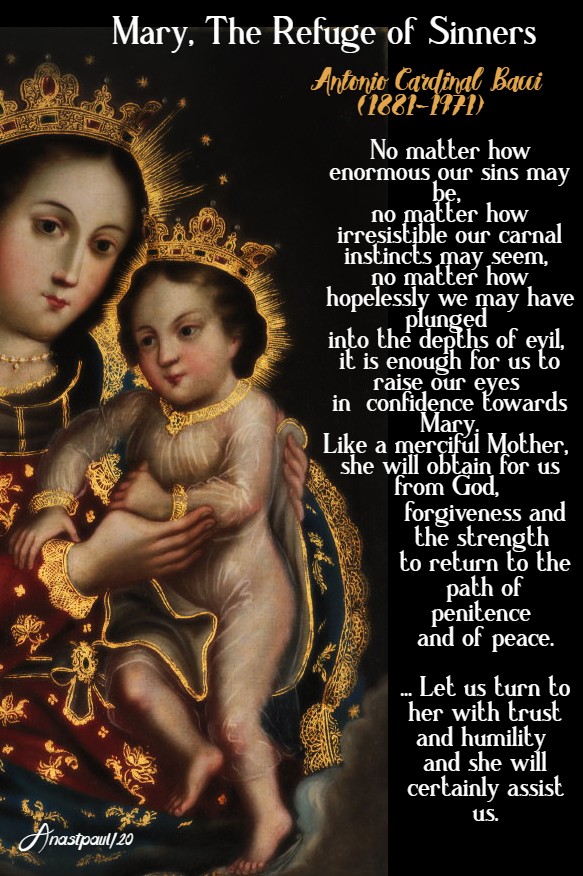 “Refuge of sinners, pray for us.”
This is one of the most beautiful invocations in the Litany of Loreto.
In the second half of the Hail Mary, the Church, knowing that we are all sinners, teaches us to pay to our heavenly Mother: “Pray for us sinners, now and at the hour of our death.”
When a mother sees her sons going astray or behaving badly, she does not cease to love them.
One might say, that, she loves them all the more, because, in addition to her natural affection, she develops a sense of anxious compassion for them when she thinks of the way in which they have risked their eternal salvation by sinning.
Mary’s attitude to us is like this.
The only difference is, that our earthly mothers suffer as a result of our transgressions and ingratitude without being able to do much to change us.
Mary, on the other hand, being the Mother of Jesus as well as our Mother, is not only willing but able, to help us.
No matter how enormous our sins may be, no matter how irresistible our carnal instincts may seem, no matter how hopelessly we may have plunged into the depths of evil, it is enough for us to raise our eyes in confidence towards Mary.
Like a merciful Mother, she will obtain for us from God, forgiveness and the strength to return to the path of penitence and of peace.
“Poor ship-wrecked sinners,” says St Bonaventure, “have recourse to Mary and she will lead you to the port of salvation.” (In Ps 8).
Our good Mother, St Bernard tells us, does not shrink in horror from the most wretched of sinners.
He need only turn to her for help and she will save him from damnation (Or Pan ad BV).
How comforting it should be for us to realise that we have such a merciful and powerful Mother.
Let us turn to her with trust and humility and she will certainly assist us.”

“You are my friends if you do what I command you. “

“God provides the wind
but man must raise the sails.” 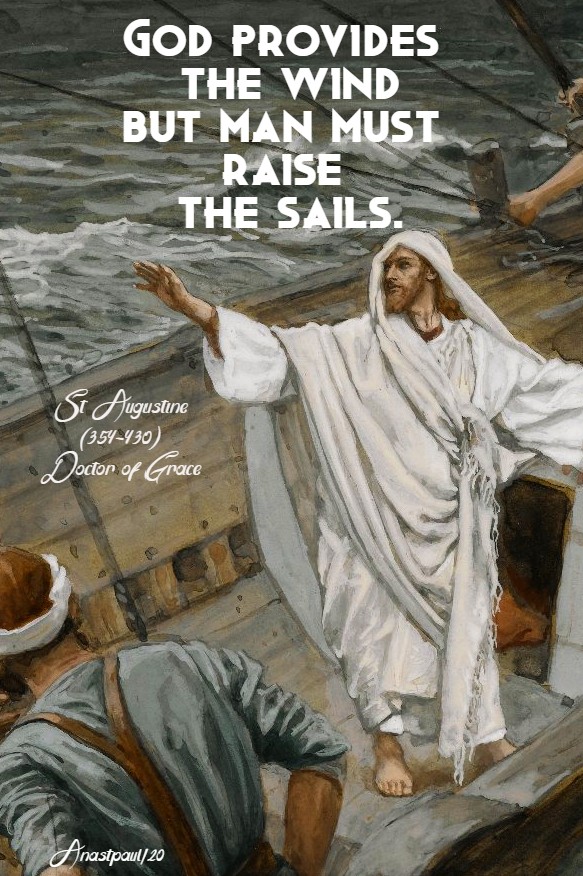 “A man may lose the good things of this life against his will
but, if he loses the eternal blessings,
he does so with his own consent.”

“Christ is not valued at all,
unless He is valued above all.” 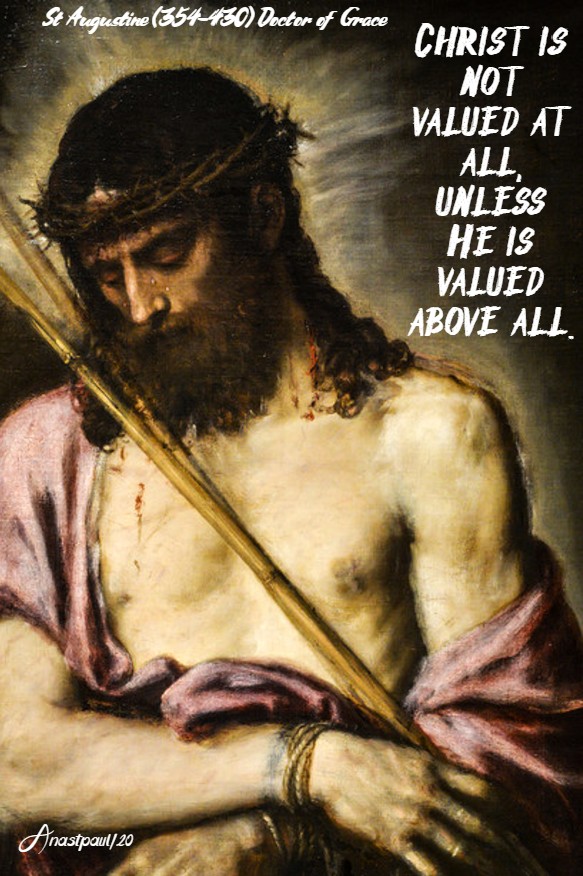 “If we live good lives, the times are also good.
As we are, such are the times.” 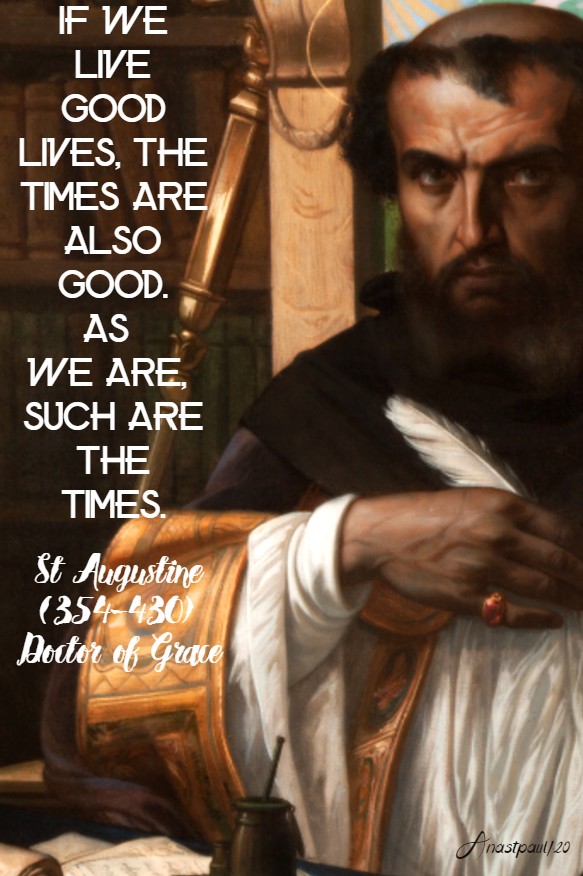 REFLECTION – “Among His disciples Christ chose twelve chief ones whom He destined to be the teachers of the nations.   Accordingly, after one of these had been struck off, He commanded the eleven others, on His departure to the Father, to “go and teach all nations” who were to be “baptised into the Father, the Son and the Holy Spirit” (Mt 28,19).

So the Apostles – whom this designation indicates as ‘the sent’ – on the authority of a prophecy which occurs in a psalm of David, immediately chose Matthias by lot in place of Judas.   They obtained the promised power of the Holy Spirit for the gift of miracles and tongues and, after first bearing witness to faith in Jesus Christ, throughout Judaea and founding Churches there, they next went out into the world and preached the same teaching of faith to the nations. (…)

Now what it was they preached – in other words, what it was that Christ revealed to them – can properly be proved, in no other way, than by those very Churches that the Apostles founded in person, by directly declaring the Gospel to them, first by word of mouth and subsequently by their epistles.   If, then, these things are so, it is manifest that all doctrine that agrees with the Apostolic Churches, which are the matrix and source of the faith, must be reckoned as true and as undoubtedly containing that, which those Churches received, from the Apostles, the Apostles from Christ and Christ from God.” … Tertullian, full name Quintus Septimius Florens Tertullianus (c 155- c 240) Father of the Church

PRAYER – Lord God, You chose St Matthias to complete the number of the twelve.   By his prayer, include us among Your chosen ones, since we rejoice to see that the lot marked out for us, is in Your Love.   May the Mother of Jesus, the Apostles and our Mother, ever intercede for us all.   Through Jesus the Christ, our Lord, with the Holy Spirit, God now and forever, amen. 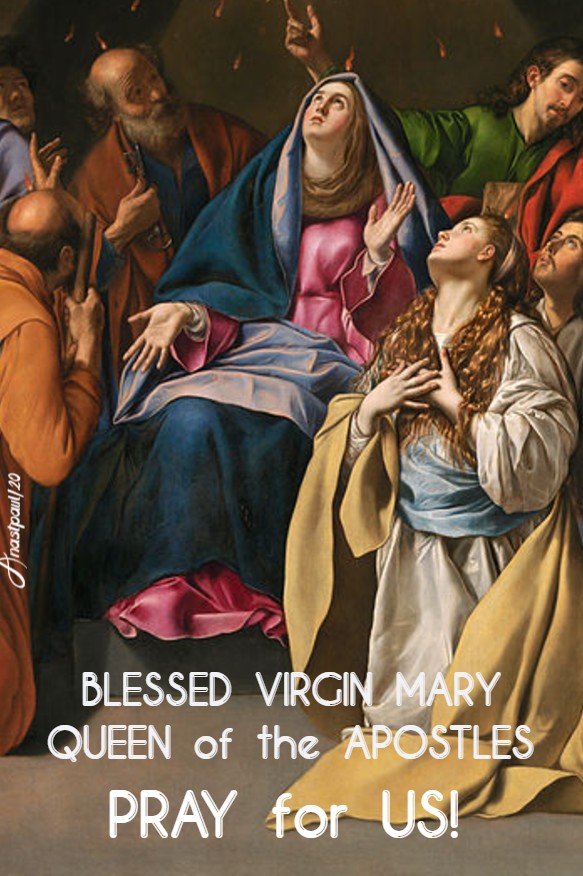 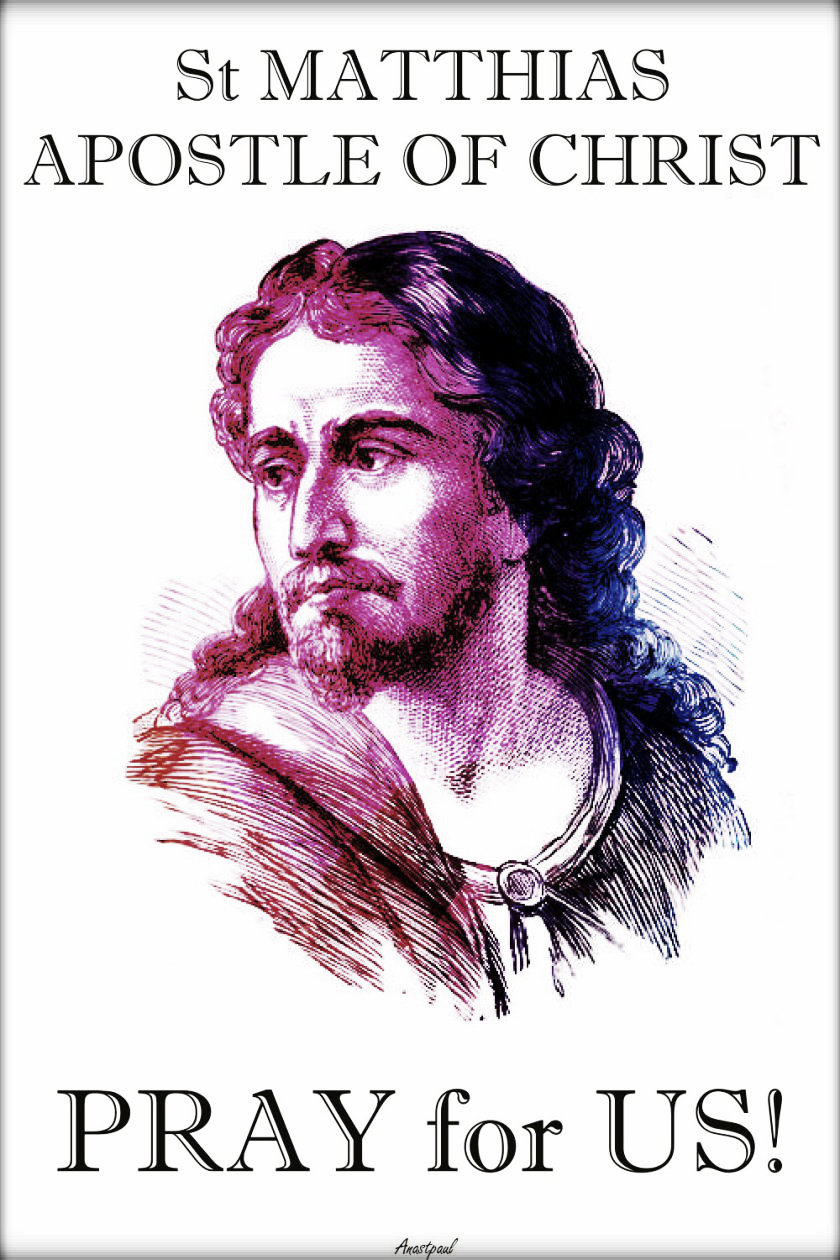 Mary, I beg you,
by that grace through which
the Lord is with you
and you will to be with him,
let your mercy be with me.
Let love for you always be with me,
and the care for me be always with you.
Let the cry of my need,
as long as it persists,
be with you,
and the care of your goodness,
as long as I need it,
be with me.
Let joy in your blessedness
be always with me,
and compassion for my wretchedness,
where I need it,
be with you.
Amen

Blessed Giles was born at Vouzella, near Coimbra, Portugal, about in 1185.   His father was the governor of Coimbra and a Counsellor of Sancho I, the king of Portugal.   Although his father wanted Giles to enter the ecclesiastical state and the King was lavish in bestowing ecclesiastical benefices on Giles, while still a child, Giles, however, wanted to study medicine.   After some time studying philosophy in Coimbra, Giles left to study medicine in Paris.

Blessed Giles was intercepted by a kindly stranger on his trip to Paris, who promised to teach him magic if he would sign his soul over to the devil in blood.   Blessed Giles, the legend continues, signed away his soul and studied magic for seven years before going to Paris where he excelled in his medical studies and was noted for many fantastic cures. However, we know that at some point Blessed Giles reformed his life and repented.

He returned to Portugal and took the Dominican habit in at a newly erected convent in Palencia in about 1224.   Shortly after arriving in Palencia, his Dominican superiors sent Blessed Giles to the Dominican convent at Scallabis, present day Santarem, Portugal. There he led a life of prayer and penance and for seven years was tormented about the compact he had entered into with the devil.   However, according to Blessed Giles’ biographer, finally Satan was compelled to surrender Giles’ soul and placed the compact he had signed before the Altar of the Blessed Virgin.

After this experience, Giles returned to Paris to study theology.   On his second return to Portugal, he became famous for his piety and learning.   He was twice elected provincial of the Dominican Order in Spain.

Noted for his humble service to his brethren, he died at Santarem on 14 May 1265. Blessed Giles was Beatified by Pope Benedict XIV (cultus confirmed) on 9 May 1748.