Saint of the Day – 8 May – Blessed Henri Vergès FMS (1930-1994) Martyr, Religious Brother of the Order of Marist Brothers, Teacher, Missionary, one of the Nineteen Martyrs of Algeria – born on 15 July 1930 in Matemale, Pyrénées-Orientales, France and died by two shots to the head on 8 May 1994 in the Archdiocese library in Algiers, Algeria.

Henri was born in France in 1930 and studied from the age of twelve with the Marists Brothers, who left a great impression on this pious youth.    He entered the Marist Novitiate and where he made his perpetual vows at the age of twenty-two.   From 1958 to 1966, he was sub-master of novices at Notre-Dame de Lacabane. 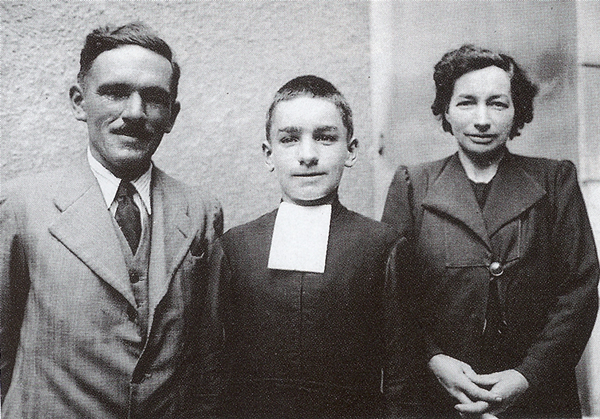 Henri had dreamed of being a Missionary, perhaps in Latin America or Madagascar but then he was sent to Algeria – it was a bit of a shock, he had dreamed of more exotic location bu,t submitting to the will of God, off he went.   When he arrived in Algiers on 6 August 1969, he immediately began studying Arabic.   He was then 39 years old.

He was director of the Saint-Bonaventure school in Algiers from 1969 to 1976, during which time he worked in close collaboration with the parents of the pupils.   In 1976, the Catholic schools and institutions were nationalised and the Brothers returned to France. On the appeal of the Archbishop of Algiers, Br Henri remained and became a French Teacher at the state secondary school at Sour-El-Ghozlane, 120 km from Algiers. 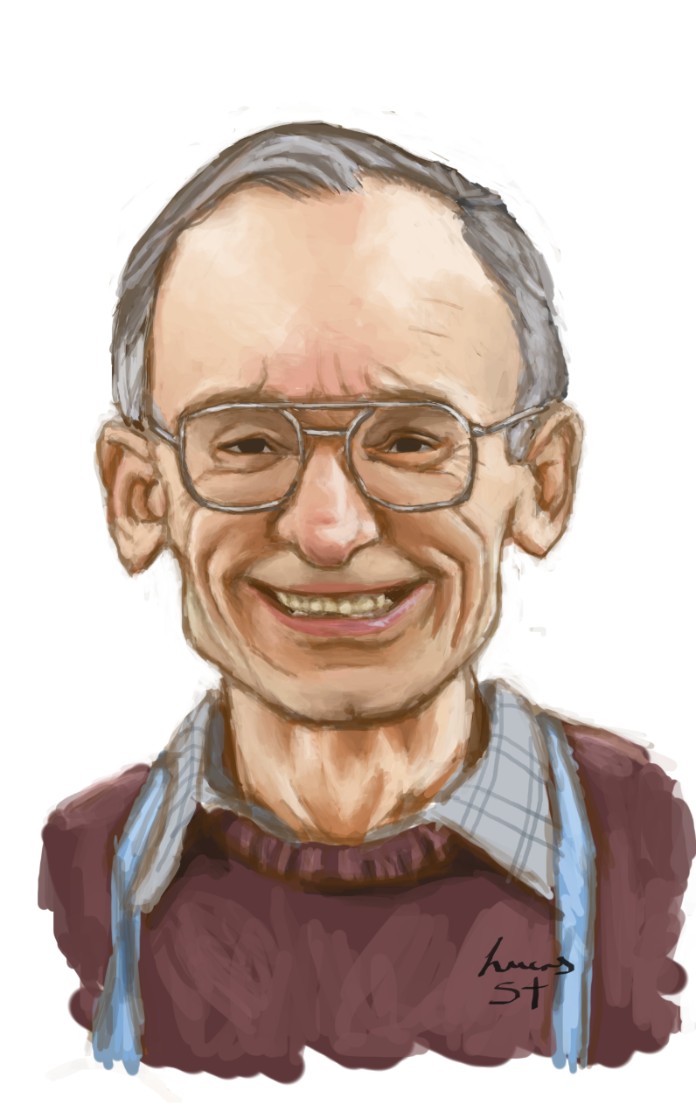 He lived alone for several years, forming close bonds with the Moslem pupils, parents and fellow teachers.   He led a life of intense prayer and profound dialogue with his Moslem friends.   Brother Jesus Marcos joined him in 1983.   Then, another trial was imposed on them when they lost the right to teach.   Archbishop Tessler suggested that they take on the running of a Library for senior secondary pupils, which had formerly been administered by the White Fathers, in a working class suburb of Algiers.   From 1988 to 1994, they ran this library along with Sr Paul Hélène, a French nun of the Little Sisters of the Assumption.

In addition to his ministry to young people, he was a very active member of Ribât al-Salaam, an Algerian organisation that promotes dialogue and reconciliation between Christians and Moslems.

In 1991, the Algerian Civil War broke out, in which roughly fifty thousand people were killed over the course of ten years.   Foreigners, who remained in Algeria, were threatened with death from 1993.   During this time, Br Henri’s library was filled with children and young people everyday, for whom the library was a safe place and a refuge from the chaos in the country.

Still, Br Henri applied for Algerian citizenship.   Along with the priests and other religious still in the country, they lived in close solidarity with the Algerian people, never showing fear or distress in the atmosphere of mounting tension and hostility to foreigners.

Despite the violence, Br Henri was passionately convinced of the importance of the Church and the Gospel message in Algiers, in a land more and more destabilised by fundamentalism.

In 1991, on the centenary of the occasion of the arrival of the Brothers in Algieria, he said:

“One hundred years of travelling with the Church in Algieria, sharing her limits but also her humble liability to the call of the Lord and to the call of the people, in a patient dialogue and attentive to thanksgiving to the Holy Spirit and to Mary, in an untroubled openness to the future.
… What is in store for us in this second century, which is beginning?   God alone knows!   It is enough for us to go in faith, like Abraham who did not have much idea of where God was leading him!”

From stage to stage, he went on ….

Until on 8 May 1994 he and Sr Paul, were both gunned down in the library by the GIA, a militant Islamist group.

He was buried in Algiers on 12 May 1994 and Beatified together with Sr Paul Hélène and 17 other Martyrs on 8 December 2018 at the Notre-Dame de Santa Cruz, Oran, Algeria by Cardinal Giovanni Angelo Becciuby on behalf of Pope Francis. 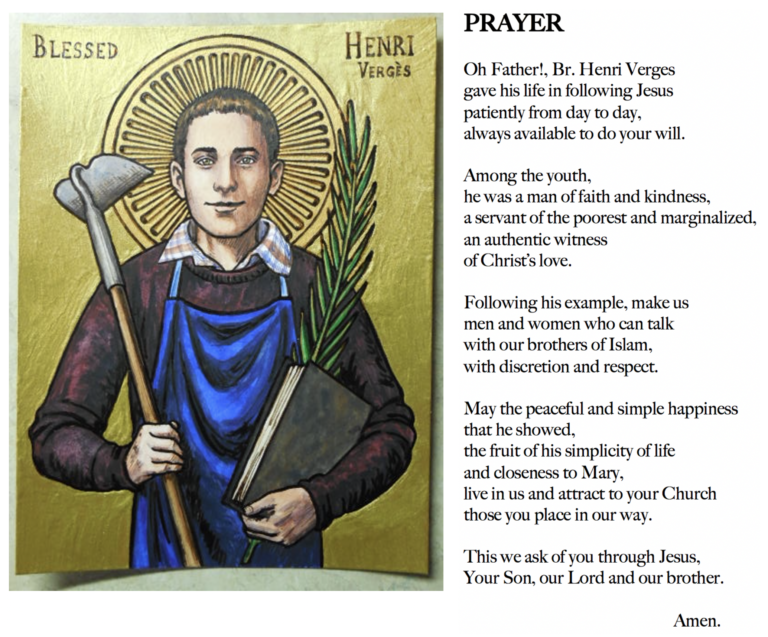