“I have come not to abolish but to fulfil.”

“The New Testament lies hidden, in the Old;
the Old is made accessible, by the New.” 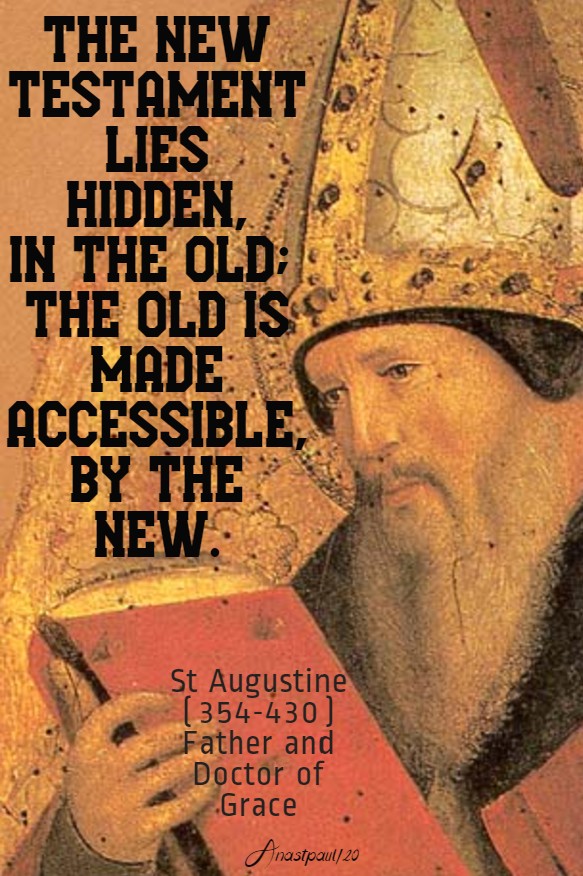 “His mother is the whole Church,
since it is she, who, by God’s grace,
gives birth to Christ’s members,
that is to say, those who are faithful to Him.
Again, His mother is every holy soul
who does the Father’s will
and whose fruitful charity is made known
in those, to whom she gives birth for Him,
“until he has been formed in them” (cf Gal 4:19)”

“He is the one who teaches
the truth of prophecy
through His presence
and makes obedience
to the commandments possible
through grace.”

“When it comes to obeying the commandments
or enduring adversity,
the words uttered by the Father
should always echo in our ears –
“This is my Son, the beloved,
in whom I am well pleased,
listen to Him.” 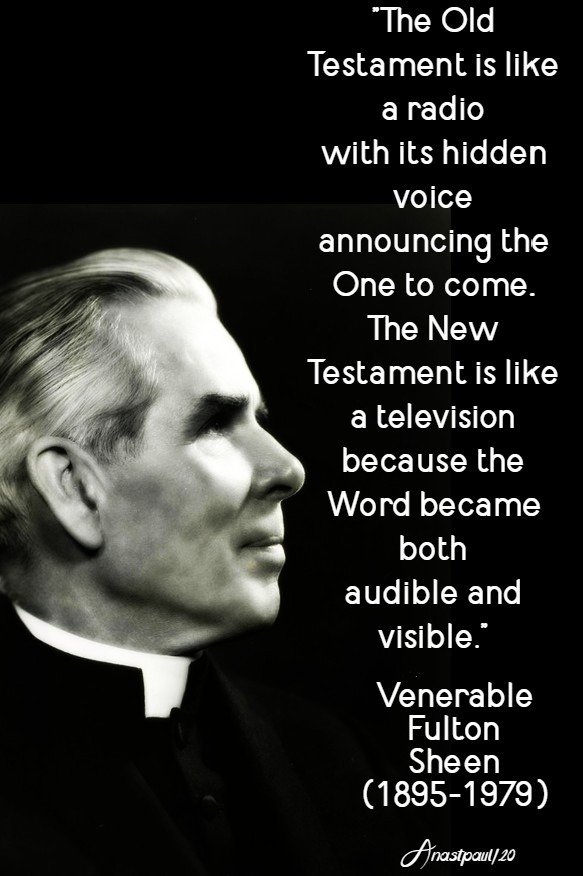 ” Christ instituted this new covenant,
the new testament, that is to say, in His Blood, (1 Cor 11:25) c
alling together a people made up of Jew and gentile,
making them one, not according to the flesh but in the Spirit.
This was to be the new People of God … :
“a chosen race, a royal priesthood, a holy nation,
… the people of God” (1 Pt 2:9).”