The Apparitions occurred in a wooded area near Dolina, Grafenstein, Carinthia, Austria on the 17, 18 and 19 June 1849 to three young shepherdesses. 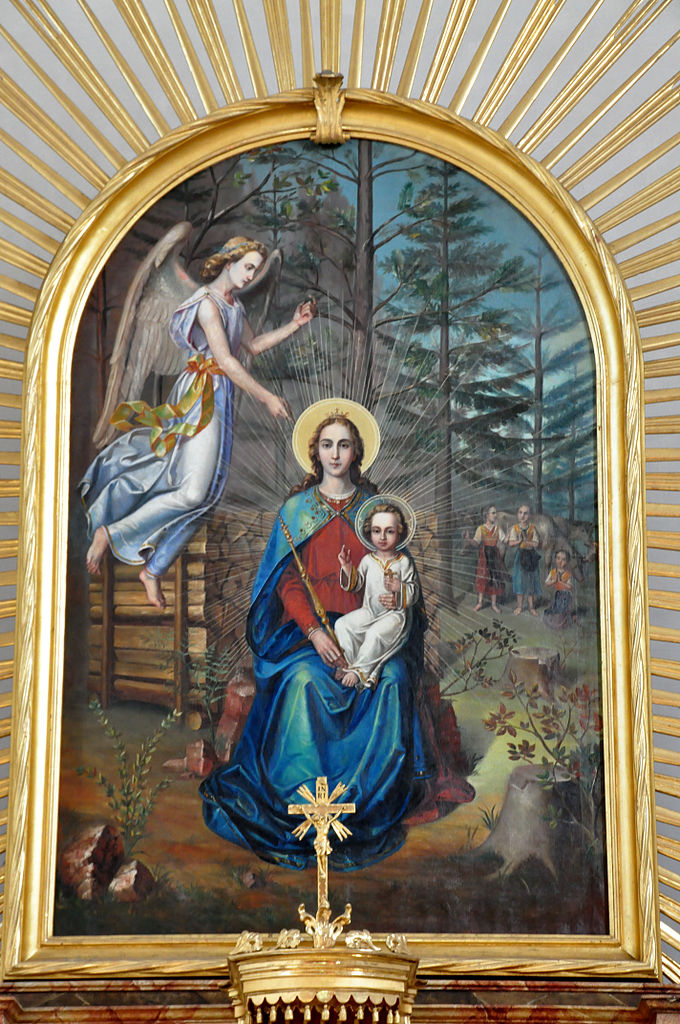 Martyrs of Aquileia – 4 saints: Four Christian martyrs memorialised together. No details about them have survived, not even if they died together – Ciria, Maria, Musca and Valerian. c.100 in Aquileia, Italy.

Martyrs of Chalcedon – 3 saints: Three well-educated Christian men who were sent as ambassadors from King Baltan of Persia to the court of emperor Julian the Apostate to negotiate peace between the two states, and an end of Julian’s persecutions of Christians. Instead of negotiating, Julian imprisoned them, ordered them to make a sacrifice to pagan idols and when they refused, had them executed. Their names were Manuel, Sabel and Ismael. They were beheaded in 362 in Chalcedon (part of modern Istanbul, Turkey) and their bodies burned and no relics survive.

Martyrs of Fez – 4 beati: A group of Mercedarians sent to Fez, Morocco to ransom Christians imprisoned and enslaved by Muslims. For being openly Christian they were imprisoned, tortured, mutilated and executed. Martyrs – Egidio, John, Louis and Paul. They were martyred in Fez, Morocco.

Martyrs of Rome – 262 saints: A group of 262 Christians martyred in the persecutions of Diocletian. In c303 in Rome, Italy. They were buried on the old Via Salaria in Rome.

Martyrs of Venafro – 3 saints: Three Christian lay people, two of them imperial Roman soldiers, who were converts to Christianity and were martyred together in the persecutions of Maximian and Diocletian – Daria, Marcian and Nicander. They were beheaded c.303 in Venafro, Italy. By 313 a basilica had been built over their graves which were re-discovered in 1930. They are patrons of Venafro, Italy.