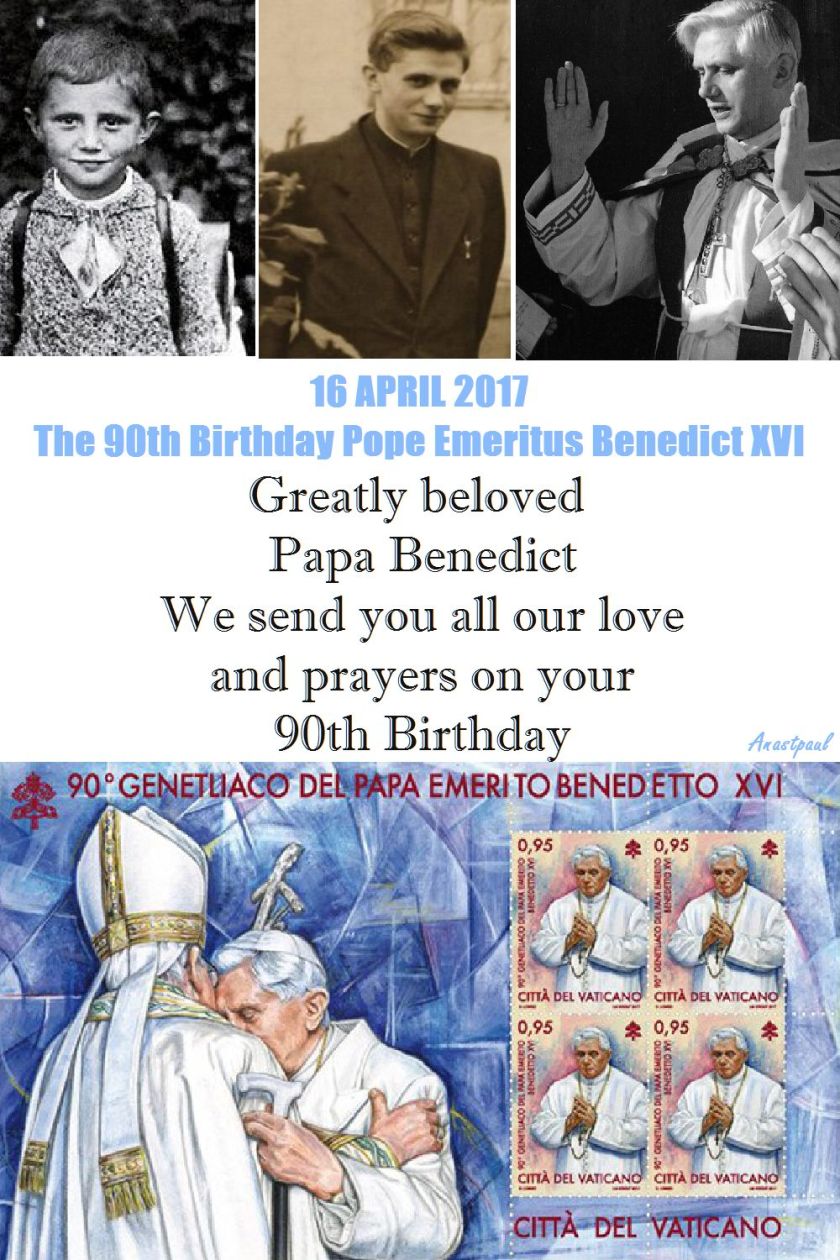 A “modest” 90th birthday party is being planned for Benedict XVI, who stunned the Catholic Church by resigning as pope in 2013.

His personal secretary and long-time aide, Monsignor Georg Gaenswein, told an Italian Catholic news agency Saturday that Benedict’s birthday, which falls on Easter Sunday this year, will be celebrated on Monday in Bavarian style, in keeping with the emeritus pontiff’s roots.

“There will be a small moment of celebration in keeping with his strength,” Gaenswein said about the frail churchman.

Benedict cited fading strength when announcing his decision to become the first pontiff to resign in 600 years.

Attending the party will be a delegation from Bavaria and Benedict’s elder brother, Monsignor Georg Ratzinger. The sibling’s visit will be “the most beautiful” birthday gift, Gaenswein added.

The former Joseph Ratzinger was born on April 16, 1927, in southern Germany. Trained as a theologian, he was a long-time Vatican official in charge of ensuring doctrinal orthodoxy when elected as pontiff in 2005.

Past recent birthdays have seen Benedict celebrate the day with a pint of beer.

“Certainly, his physical strength is lessening. It’s hard for him to walk. However, he uses a walker, which ensures autonomy in movement and safety,” the aide said.

The rhythm of Benedict’s retirement in a monastery on Vatican City grounds consists of “prayer, meditation, reading, study, correspondence,” Gaenswein said. “He has visitors, too. Music certainly still has its place, together with a daily walk.”

Wishing you all a Holy, Blessed and grace-filled Easter – 16 April 2017

Easter is the feast of feasts, the unalloyed joy and gladness of all Christians. 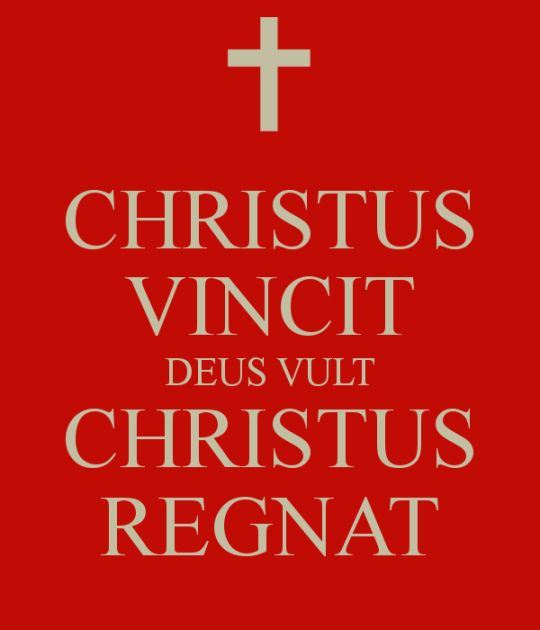 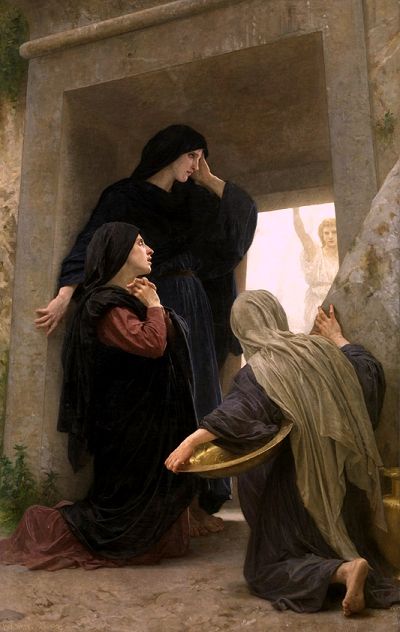 In the very centre of the Mass, the great prayer of thanksgiving, from the first words of the Preface, expresses the unrivalled motive for this joy: if it is right to praise You, Lord, at all times, how much more so should we not glorify You on this day when Christ our Passover was sacrificed, for He is the true Lamb who took away the sins of the world, who by His Death destroyed our death and by His Resurrection restored our life. Easter means, then, Redemption obtained — sin destroyed, death overcome, divine life brought back to us, the resurrection of our body which is promised immortality.   With such a certitude, we should banish all trace of sadness.

Haec dies quam fecit Dominus:   “This is the day which the Lord has made.” Throughout the octave we shall sing of the unequalled joy which throws open eternity to us.   Every Sunday will furnish a reminder of it and from Sunday to Sunday, from year to year, the Easters of this earth will lead us to that blessed day on which Christ has promised that He will come again with glory to take us with Him into the kingdom of His Father. 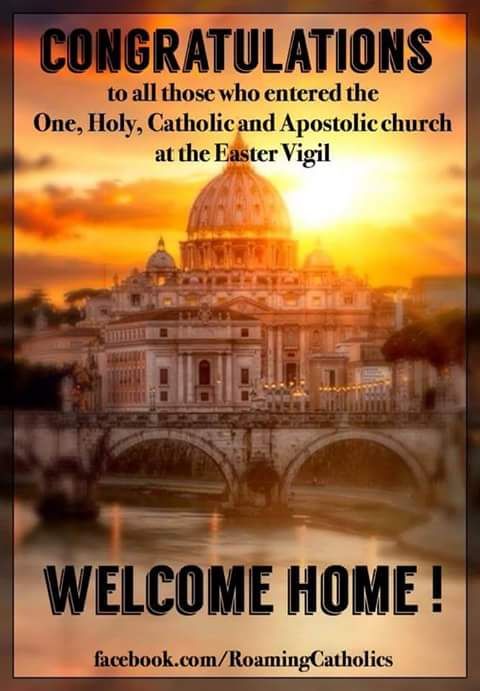 “Look into Peter’s wide open eyes and John’s intense gaze.  Their eyes contain a mix of anxiousness and hope, the way a parent or grandparent’s eyes look at the news of an impending birth.  A new life is about to emerge, but there is still uncertainty because it is a mystery beyond full human comprehension or control. Peter and John’s faces capture the same sense of anticipation.

Burnand created a sparse, simple painting capturing two of the most important players in the greatest story ever told. Meditate upon their faces as Burnand intended you to do and through them discover the empty tomb.” Elise Ehrhard 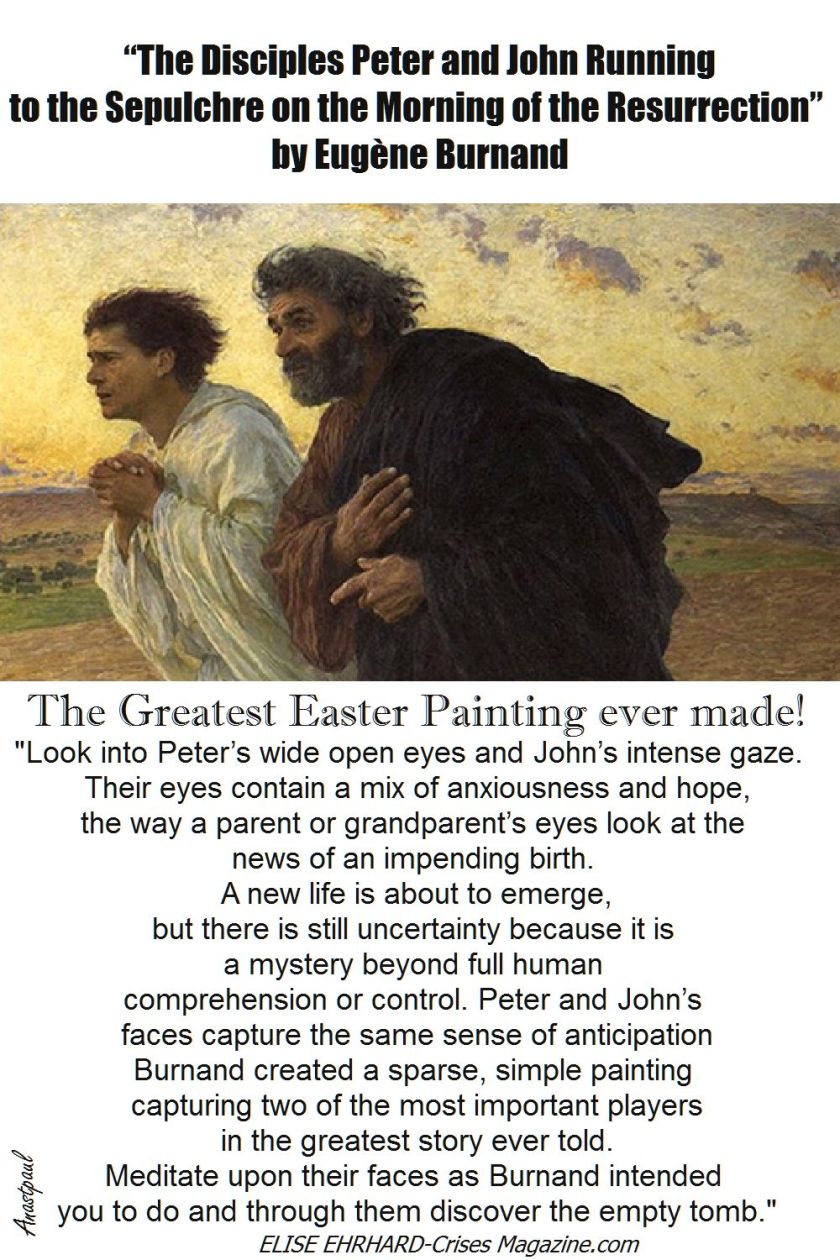 Thought for the Day – 16 April

In a modern inner city, one local character kneels for hours on the sidewalk and prays. Swathed in his entire wardrobe winter and summer, he greets passersby with a blessing. Where he sleeps no one knows but he is surely a direct spiritual descendant of Benedict, the ragged man who slept in the ruins of Rome’s Colosseum.   These days we ascribe such behaviour to mental illness or worse.   Benedict’s contemporaries called him holy. Holiness is always a bit mad by earthly standards.  St Benedict Joseph discovered his own way to holiness, it might seem strange and “mad” but he realised that he could find God in his own unique way.   Whatever the circumstances of our lives, we too can find God there, for holiness is possible anywhere.

“God afflicts us because he loves us; and it is very pleasing to him, when in our afflictions he sees us abandon ourselves to his paternal care.”

Through baptism into (Christ’s) death we were buried with him, so that, just as Christ was raised from the dead….we too might live a new life………Romans 6:4

REFLECTION – “Christ is our life.   Let us therefore look to Christ.   He came to suffer in order to merit glory;  to seek cotempt in order to be exalted.   He came to die but also to rise again.”……………St Augustine

PRAYER – Heavenly Father, through my baptism, I was buried with Christ and rose to a new life of grace.   Let me rejoice in the Easter glory of Your Son and so guard my life that I will enjoy it fully in heaven with Him.   St Benedict Joseph Labre, you so rightly are called the “Beggar of Perpetual Adoration”, you so perfectly adored our risen Lord who is always with us in the Blessed Sacrament, please pray for us, amen! 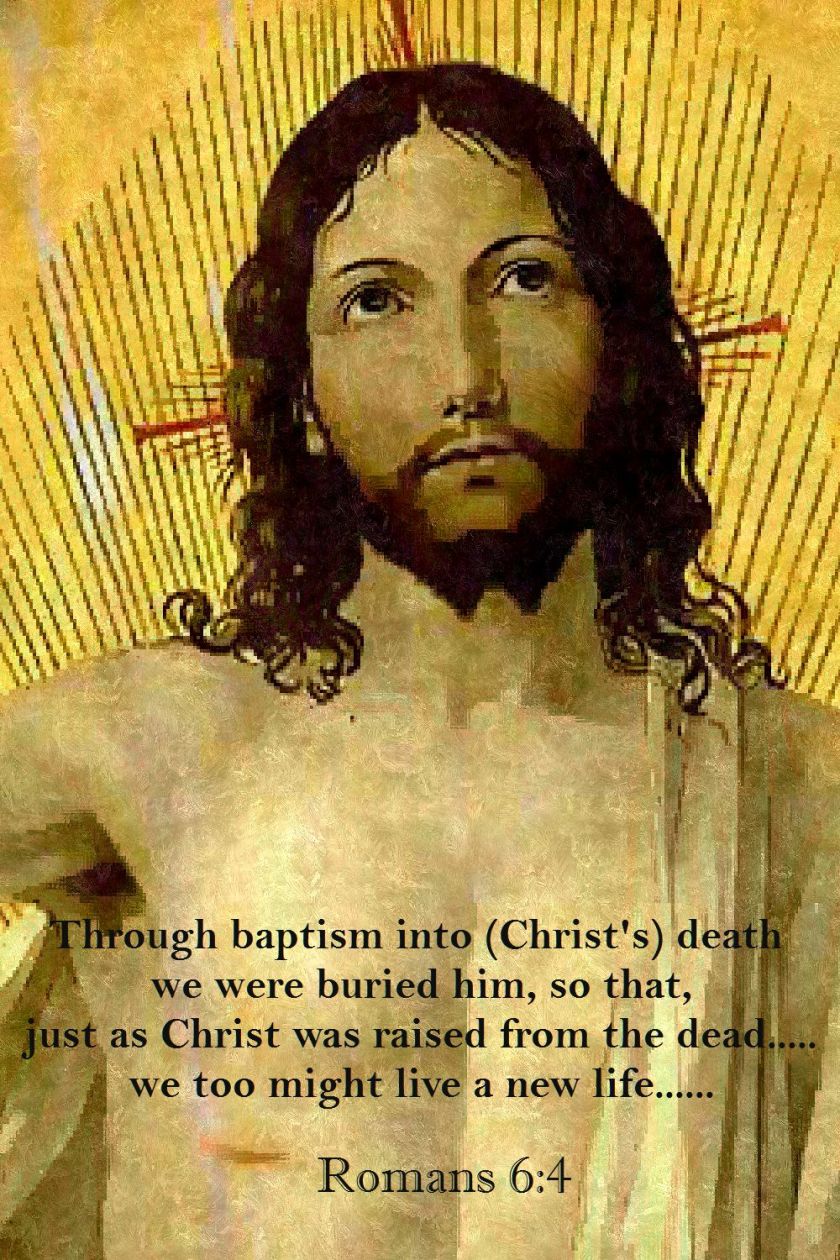 Jesus asked that the Feast of the Divine Mercy be preceded by a Novena to the Divine Mercy which would begin on Good Friday.    He gave St. Faustina an intention to pray for on each day of the Novena, saving for the last day the most difficult intention of all, the lukewarm and indifferent of whom He said:
“These souls cause Me more suffering than any others; it was from such souls that My soul felt the most revulsion in the Garden of Olives.    It was on their account that I said: ‘My Father, if it is possible, let this cup pass Me by.’    The last hope of salvation for them is to flee to My Mercy.”
During the Solemn Novena leading to Divine Mercy Sunday,
the Chaplet of Divine Mercy should be offered each day for the
day’s intentions.

“Today bring to Me all Devout and Faithful Souls, and immerse them in the ocean of My mercy. These souls brought me consolation on the Way of the Cross. They were a drop of consolation in the midst of an ocean of bitterness.”

Most Merciful Jesus, from the treasury of Your mercy, You impart Your graces in great abundance to each and all.    Receive us into the abode of Your Most Compassionate Heart and never let us escape from It.   We beg this grace of You by that most wondrous love for the heavenly Father with which Your Heart burns so fiercely.

Eternal Father, turn Your merciful gaze upon faithful souls, as upon the inheritance of Your Son.    For the sake of His sorrowful Passion, grant them Your blessing and surround them with Your constant protection.    Thus may they never fail in love or lose the treasure of the holy faith, but rather, with all the hosts of Angels and Saints, may they glorify Your boundless mercy for endless ages. Amen.

It is only right,
with all the powers of our heart and mind,
to praise You Father and Your Only-Begotten Son,
Our Lord Jesus Christ.
Dear Father, by Your wondrous condescension
of Loving-Kindness toward us, Your servants,
You gave up Your Son.
Dear Jesus You paid the debt of Adam for us
to the Eternal Father by Your Blood
poured forth in Loving-Kindness.
You cleared away the darkness of sin
by Your magnificent and radiant Resurrection.
You broke the bonds of death
and rose from the grave as a Conqueror.
You reconciled Heaven and earth.
Our life had no hope of Eternal Happiness
before You redeemed us.
Your Resurrection has washed away our sins,
restored our innocence and brought us joy.
How inestimable is the tenderness of Your Love!
We pray You, Lord,
to preserve Your servants in the peaceful enjoyment
of this Easter happiness.
We ask this through Jesus Christ Our Lord,
Who lives and reigns with God The Father,
in the unity of the Holy Spirit, forever and ever
Amen