The life of Saint Ignatius reminds us that even the most menial of tasks, if offered to the Lord, are pleasing to Him.
During his daily rounds, Saint Ignatius of Laconi did more than beg, of course.    He served as a model of perfect Christian humility and self-denial.    He instructed the community children in the tenets of the Christian faith—most of whom were too poor to attend school and instead worked as he had done.   He comforted the ill and provided encouragement to those who constantly struggled.    Numerous miracles were reported at his pious intercession.   Never having been educated himself, Saint Ignatius was illiterate and his words far from polished or eloquent.    He recognised his limitations and constantly directed any praise or recognition from himself to the Lord, where all good things originate.   The lessons from this Saint are countless, they are difficult for us to attain, most especially in the fast-paced, money-driven society in which we live.   Let us always keep in mind and before our eyes God’s love and mercy, that high-paying jobs are not what He requires of us!   To those who came to St Ignatius for comfort, he would advise, “Trust God.”

Lord God, You led Saint Ignatius along the way of humility, innocence, and fraternal charity to the heights of sanctity.    Help us to imitate his virtues and to practice charity, trust in You and obedience, on earth in word and deed. Amen.

St Ignatius of Laconi, Pray for us!

“By asking the beloved disciple
to treat Mary as his mother,
Jesus founded Marian devotion.”

“The Mother of God,
is the Ladder of Heaven.
God came down by this Ladder
that men might,
by Mary,
climb up to Him in Heaven.” 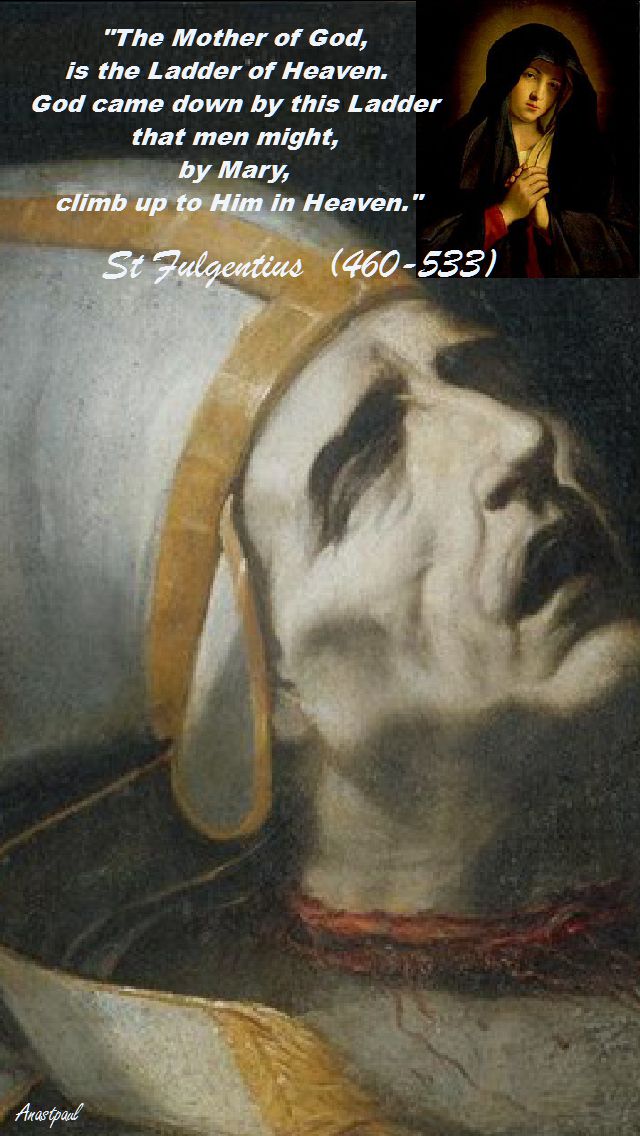 “Consider this great mystery!
The Son of God has passed whole and entire,
from the heart of the Father
to the womb of Mary
and from the womb of the Mother
to the lap of the Church.” 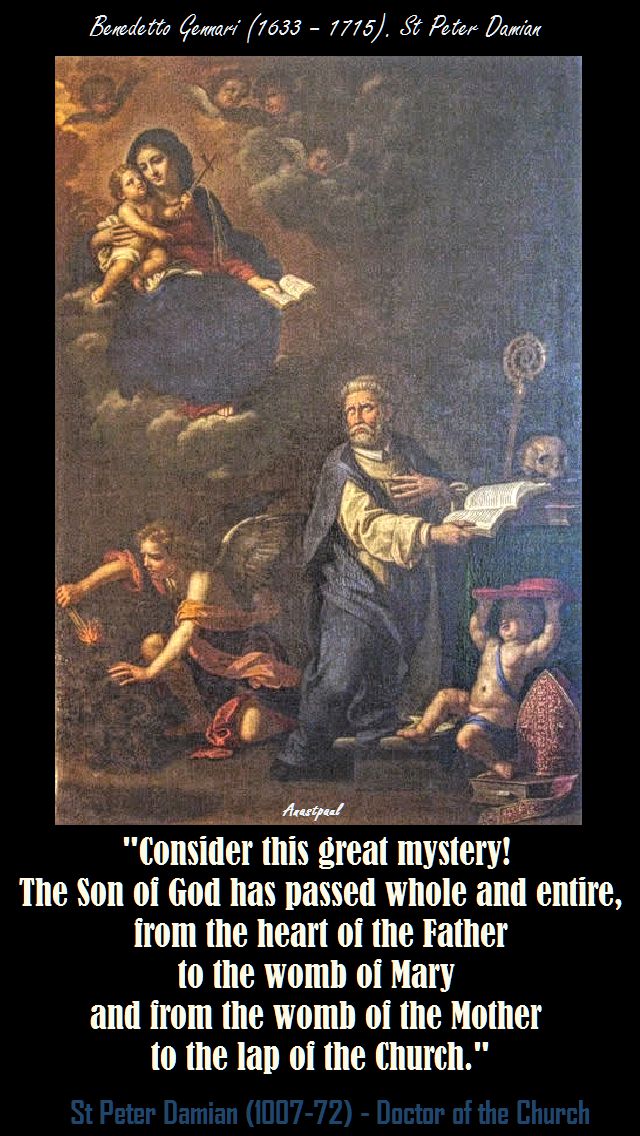 “Let us not imagine that we obscure
the glory of the Son by the great praise
we lavish on the Mother;
for the more she is honoured,
the greater is the glory of her Son.
There can be no doubt that whatever we say
in praise of the Mother gives equal praise to the Son.”

One Minute Reflection – 11 May

Blest are you among women and blest is the fruit of your womb……….Luke 1:42

REFLECTION – “Do you wish to know the most intimate perfections of Jesus and the most hidden attractions of His love?
Then seek them in the heart of Mary!”………..St Peter Julian Eymard  Today’s Saint, St Ignatius of Laconi also practised a strong devotion to Our Blessed Mother, praying daily for her intercession.    He attributed many miraculous events in his simple life to her grace and assistance.

PRAYER – Lord Jesus, keep ever before me the tried and trusted Christian motto: “To Jesus through Mary.” And let me learn to seek You in her Mother’s heart! St Ignatius of Laconi, please assist us by your intercession to grow in love and trust in the Mother of God, amen!

Our Morning Offering – 11 May

Mother of my God and my Lady Mary;
as a beggar, all wounded and sore,
presents himself before a great Queen,
so do I present myself before you,
who are Queen of heaven and earth.
From the lofty throne on which you sit,
disdain not, I implore you,
to cast your eyes on me,
a poor sinner.
God has made you so rich
that you might assist the poor,
and has made you Queen of Mercy
in order that you might relieve the miserable.
Behold me then and pity me:
behold me and abandon me not,
until you see me changed
from a sinner into a saint. Amen 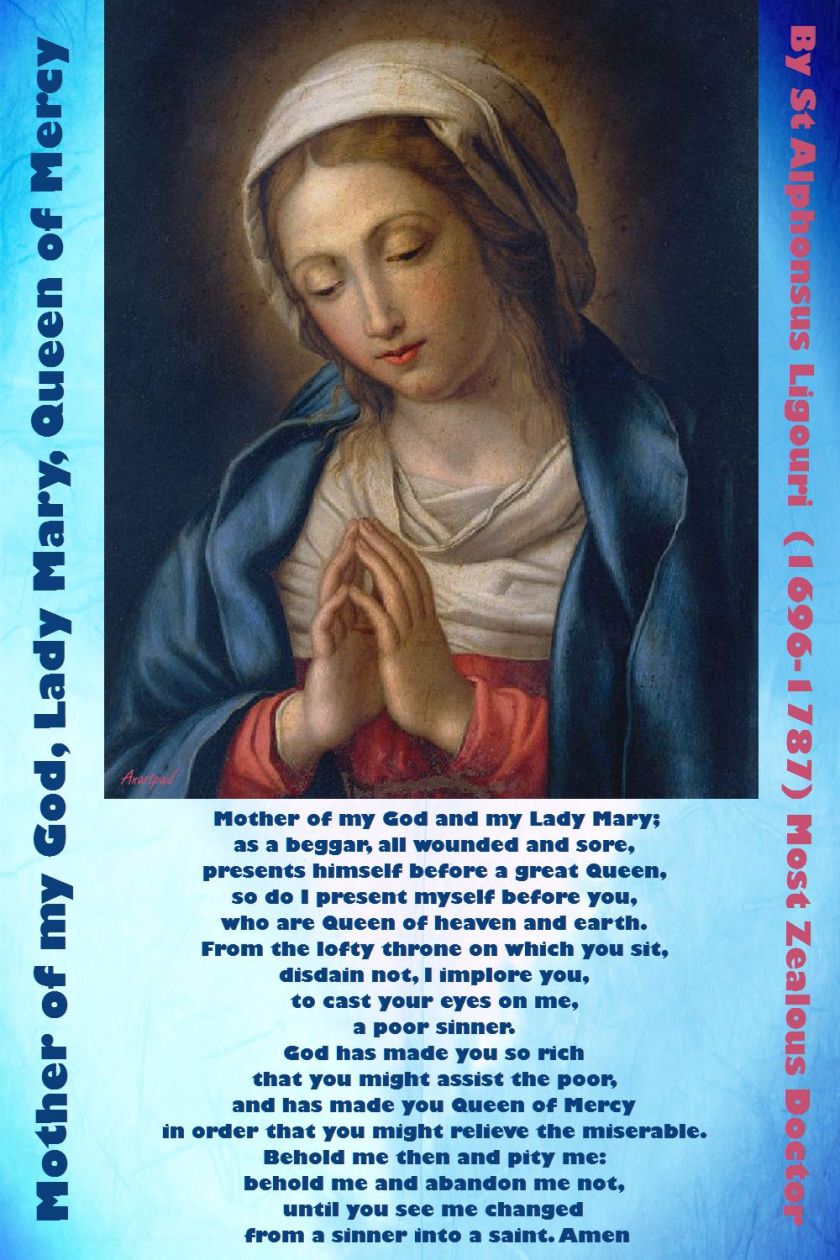 St Ignatius was a Sardinian Capuchin monk.     Born into a peasant family, during a serious illness as a young man he vowed that if he recovered his health he would consecrate his life to God in the Order of Friars Minor Capuchin.    He did regain his health but put off fulfilling his vow.    There is some indication that his parents raised objections to his entering the Franciscans.    In 1721 his life was again threatened when a horse which he was riding panicked.    Ignatius called upon the assistance of Saint Francis of Assisi and renewed the vow he had previously made.    This time his parents did not raise objections to his becoming a Franciscan.

He asked for admission at the Capuchin friary at Cagliari but the superiors there hesitated because of his delicate health.    Ignatius then called upon an influential friend who interceded for him and he was finally received into the novitiate.    Despite his physical infirmities, his ardour allowed him to attend the spiritual exercises of the community and excel in perfection of his observance of the Rule of Saint Francis.

After being employed in the community for several years at various occupations, he was appointed quester of alms because of his edifying conduct.    He had good relations with the citizens of Cagliari, who realized that although Brother Ignatius was begging alms, he was also giving back to them in a spiritual manner.    His modest demeanour was seen as a quiet sermon for all who saw him going about.    He seldom spoke; but when charity required it, he spoke with exceptional kindness.    He would also instruct the children and the uneducated, comfort the sick and urge sinners to be converted and to do penance.

Ignatius was known for punctually obeying his superiors, even when it required the denial of his own will.    He was accustomed to pass by the house of an usurer, because he feared that in accepting an alms from him he would share the guilt of this man’s injustices.    But when the man complained and the superior commanded, Ignatius accepted alms from the man.    On returning to the friary, St. Ignatius opened the sack offered by the usurer and blood flowed out.    To those around him the saint said, “This is the blood of the poor squeezed from them by usury.”

Ignatius’ sister had often written to him asking him to pay her a visit, so she could get his advice in certain matters.    Ignatius had no mind to heed her request but when his superior ordered him to do so, he at once undertook the journey.    But he left again as soon as he had given the required advice.

When his brother was sent to prison, it was hoped that, in view of the reputation of Brother Ignatius, the latter could obtain his brother’s release.    His superior sent him to speak to the governor but he asked merely that his brother be dealt with according to justice.    Not for anything in the world would Brother Ignatius have kept anyone from doing his duty.

Despite his infirmity, Ignatius persevered in his work until he was 80 years old.    Even after he became blind, he continued to make his daily rounds for two years.    The veneration of the people increased and many sick persons attributed miraculous healings to him.

He died on May 11, 1781 and many miracles were said to have occurred at his grave. Brother Ignatius was beatified in 1940 and canonized in 1951 by Pope Pius XII. 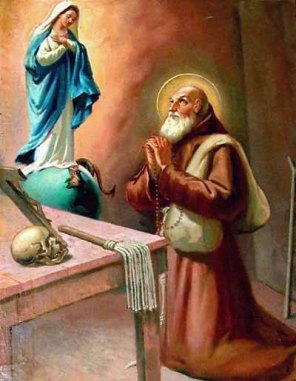 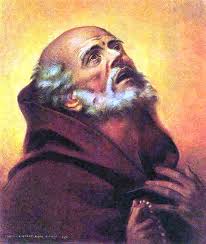