Thought for the Day – 7 June

Young Matt Talbot, known as the “saint in overalls,” knelt outside the doors of his church for hours every morning until the doors were opened.
Once inside, he would prostrate himself on the floor in the form of a cross before entering his pew.
Every Sunday, he spent seven hours in Church without moving, (attending all the Masses) – “his arms crossed, his elbows not resting on anything, his body from the knees up as rigid and straight as the candles on the altar,” a biographer writes.   He did this every Sunday for 40 years.
A tremendous son of Our Blessed Mother, in addition to praying the rosary and angelus, one of his favourite little prayers, which he sometimes kept written on his hand, was,
“O Virgin I ask three things from you:
the grace of God,
the presence of God,
the blessing of God”
and
“O blessed Mother, obtain for me from Jesus that I may participate in His folly.”

Most notably, of course, Matt Talbot is known for his total conversion of life away from alcohol addiction, something he described as like “escaping Hell.”
There is evidence that Matt’s first seven years after taking the pledge were especially difficult.   Avoiding his former drinking places was hard.   Only alcoholic men and women who have stopped drinking can fully appreciate how difficult the earliest years of sobriety were for Matt.

He had to take one day at a time.   So do the rest of us BUT as Matt himself said, we can never be lonely on the road for we are not alone!

Venerable Matt Talbot, pray for us. 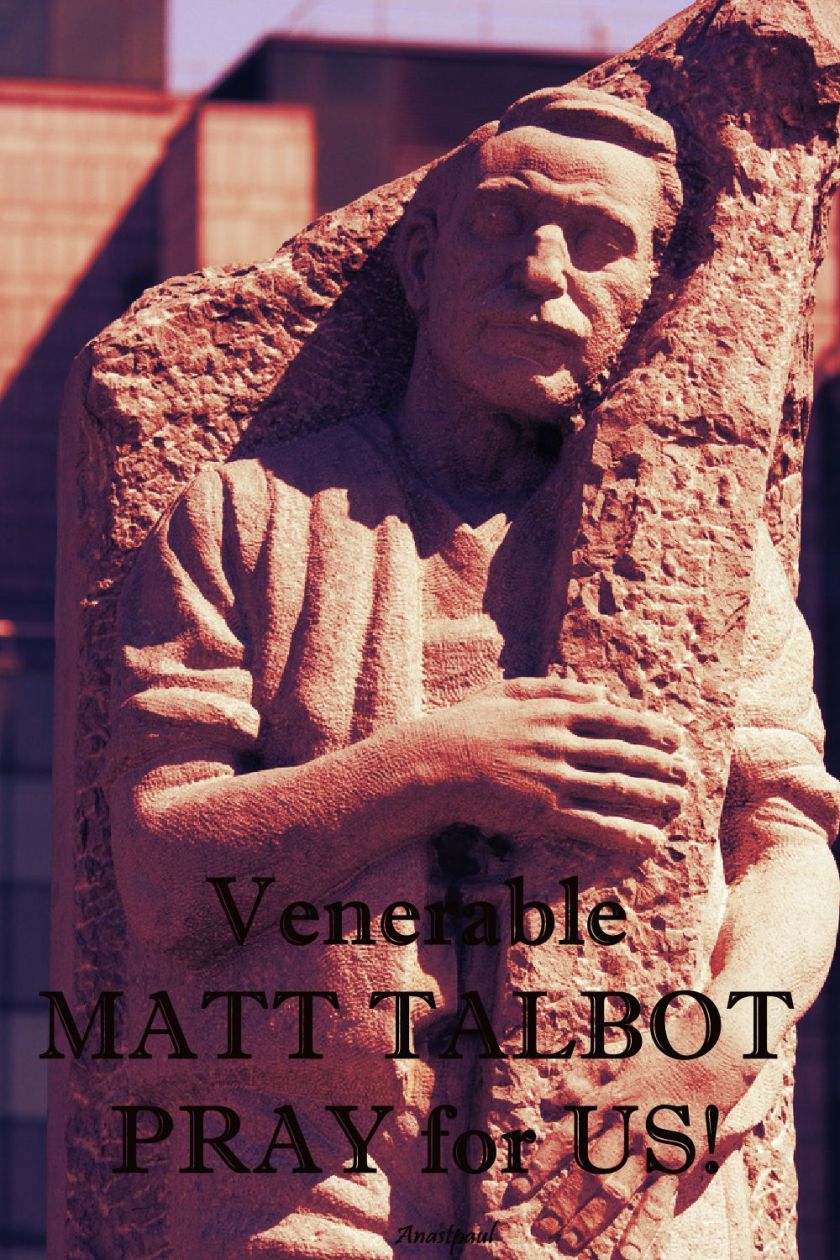