Saint of the Day – 8 May – Apparition of Michael the Archangel at Monte Gargano, Italy (492)

It is evident from Holy Scripture that God is pleased to make frequent use of the ministry of the heavenly spirits in the dispensations of His providence in this world.   The Angels are all pure spirits;  by a property of their nature they are immortal, as is every spirit. They have the power of moving or conveying themselves at will from place to place and such is their activity that it is not easy for us to conceive of it.   Among the holy Archangels, Saints Michael, Gabriel and Raphael are particularly distinguished in the Scriptures.   Saint Michael, whose name means Who is like unto God?, is the prince of the faithful Angels who opposed Lucifer and his followers in their revolt against God.   Since the devil is the sworn enemy of God’s holy Church, Saint Michael is given to it by God as its special protector against the demon’s assaults and stratagems.

Various apparitions of this powerful Angel have proved the protection of Saint Michael over the Church.   We may mention his apparition in Rome, where Saint Gregory the Great saw him in the air sheathing his sword, to signal the cessation of a pestilence and the appeasement of God’s wrath.   Another apparition to Saint Ausbert, bishop of Avranches in France, led to the construction of Mont-Saint-Michel in the sea, a famous pilgrimage site.   8 May, however, is destined to recall another no less marvellous apparition, occurring near Monte Gargano in the Kingdom of Naples.

In the year 492 a man named Gargan was pasturing his large herds in the countryside. One day a bull fled to the mountain, where at first it could not be found.   When its refuge in a cave was discovered, an arrow was shot into the cave but the arrow returned to wound the one who had sent it.   Faced with so mysterious an occurrence, the persons concerned decided to consult the bishop of the region.   He ordered three days of fasting and prayers.   After three days, the Archangel Saint Michael appeared to the bishop and declared that the cavern where the bull had taken refuge was under his protection and that God wanted it to be consecrated under his name and in honour of all the Holy Angels.

Accompanied by his clergy and people, the pontiff went to that cavern, which he found already disposed in the form of a church.   The divine mysteries were celebrated there and there arose in this same place a magnificent temple where the divine Power has wrought great miracles.   To thank God’s adorable goodness for the protection of the holy Archangel, the effect of His merciful Providence, this feast day was instituted by the Church in his honour. 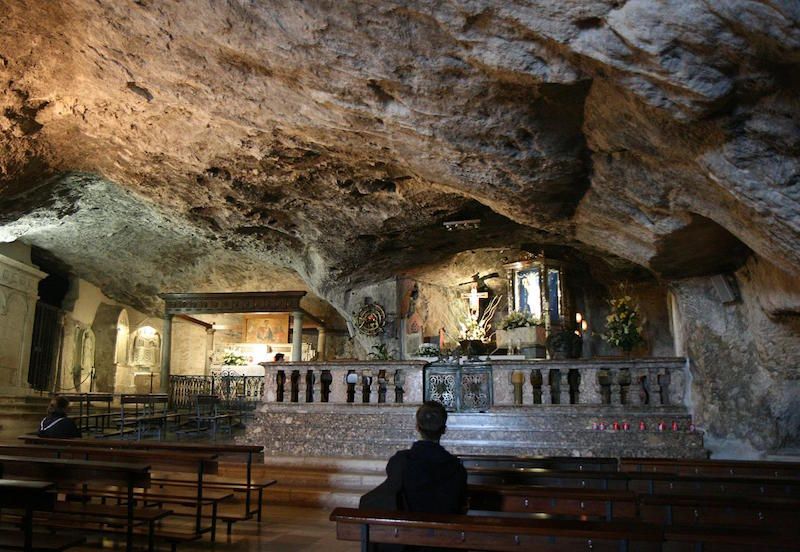 It is said of this special guardian and protector of the Church that, during the final persecution of Antichrist, he will powerfully defend it:  At that time shall Michael rise up, the great prince who protects the children of thy people. (Dan. 12:1)   Compare this text with Chapter 10 of the Apocalypse of Saint John. 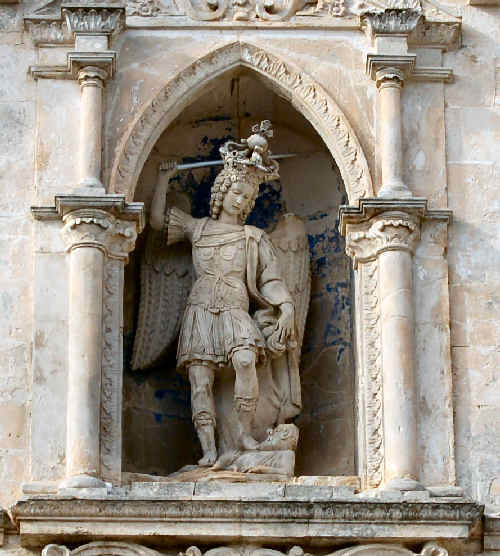 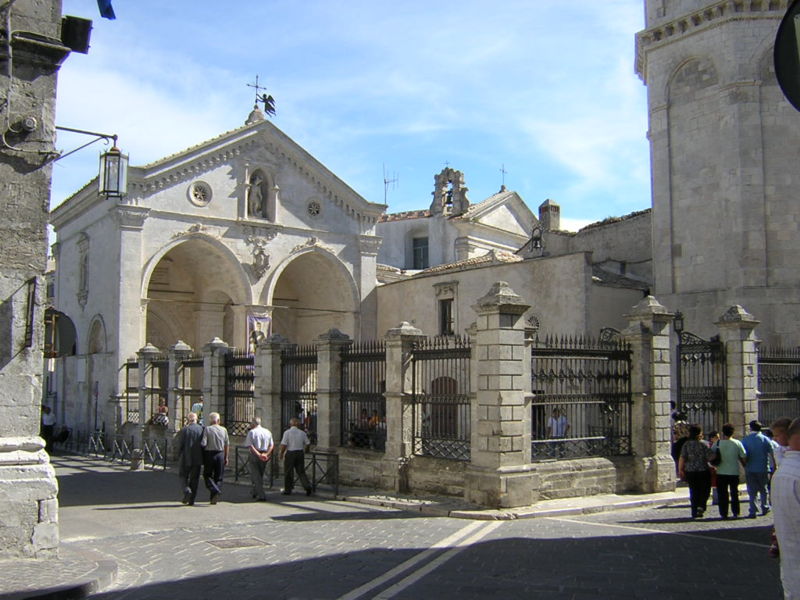 3 thoughts on “Saint of the Day – 8 May – Apparition of Michael the Archangel at Monte Gargano, Italy (492)”