Saint of the Day – 5 April – Blessed Mariano de la Mata Aparicio OSA (1905-1983) was a Spanish Priest, a professed religious of the Order of Saint Augustine, Missionary, Apostle of Charity, Eucharistic and Marian devotee, Spiritual Director, Teacher and Professor.   He joined the missions in Brazil where he served until his death and was known for his educational work with the poor.   His age and diminishing health was no obstacle for him throughout his time in Brazil and it did not hinder his efforts to visit the sick or go out to be with the people he looked after. 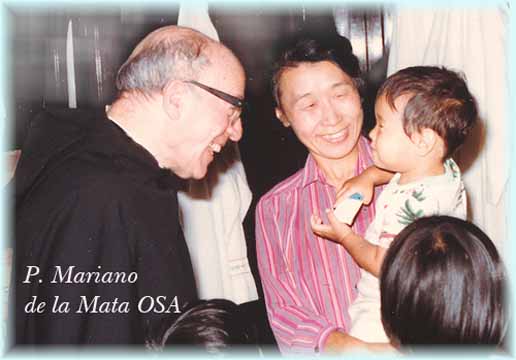 Mariano was born into a simple Christian family from Barrio de la Puebla de Valdavia (Palencia), Spain, on 31 December 1905.   Three of his brothers preceded him into the Order of Saint Augustine.   He himself studied in Valladolid and La Vid.   He was vested in the habit on 9 September 1921 and in 1922 made his initial profession, he had received the habit from the Blessed Anselm Polanco (1881–1939) Martyr.   In 1926 he was transferred back to Santa María de la Vid where he completed his theological courses.  He made his solemn profession on 23 January 1927 and he was later ordained to the priesthood on 25 July 1930.   After two years ministering in Spain, he left for Brazil, where he carried out an extensive apostolate in the field of education and especially in the daily care of the poor, the infirm and children. 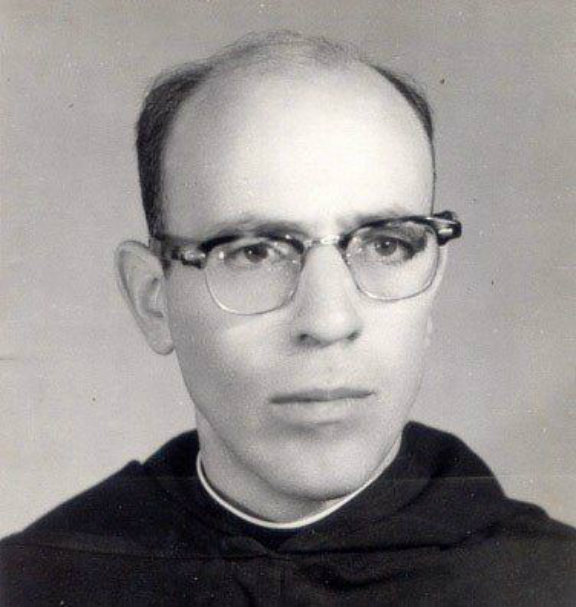 In 1961 he went to teach at the Saint Augustine college and also took on the duties of a spiritual director at the Saint Rita of Cascia Workshop as well as the parochial vicar of the Saint Augustine church.   He tended to the needs of those who surrounded him and went to visit the sick on a regular basis as was the case with Sergio Teixera. He visited this student of his for twelve months and gave him private lessons during his illness. Another student – Horacio Gentile – was visited during his two month stay in the hospital, notwithstanding the great distance and steep climb, the prelate had to endure to get to him. 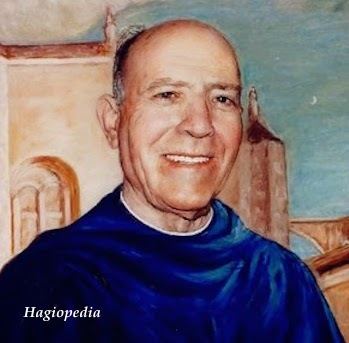 In character he was remembered as an active and enterprising prelate who was open and communicative to all, a person of affection and kindness.   He organised more than 200 of the Saint Rita Workshops, which attracted poor people to make clothing that the poor could afford.   He was often seen walking down the streets of São Paulo to pastoral visits, though, even as he aged and his strength waned and his vision grew dim he still continued all his pastoral practices.

Fr Mariano may be called ‘a saint of the ordinary.’   He possessed a strong character but was at the same time, a generous and sensitive individual, friendly and approachable with all.   He was devoted to the Blessed Virgin, thoroughly committed to his priestly vocation and fervent in his love for the Eucharist. 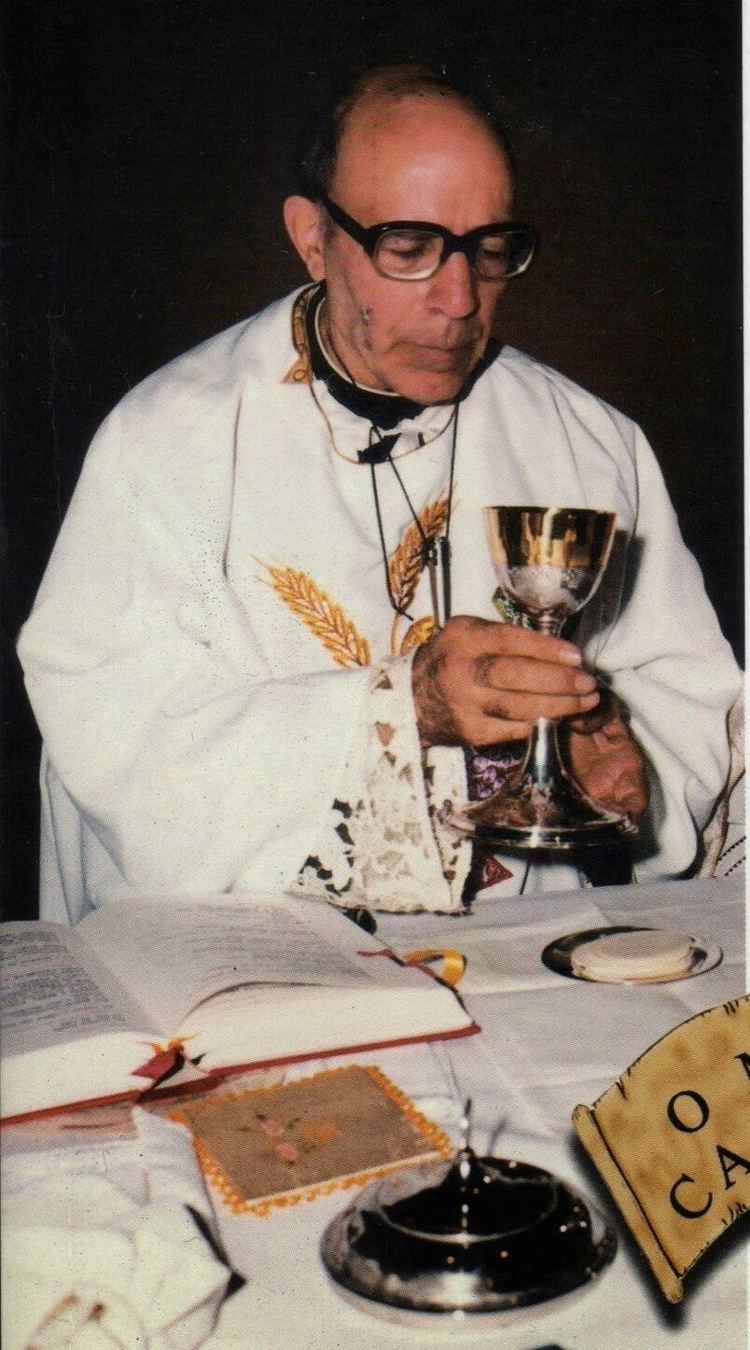 Mariano was diagnosed with cancer in early 1983.   He underwent surgery to remove a malignant tumour but the cancer continued to spread.   He died on 5 April 1983 and was Beatified on 5 November 2006 in the Cathedral of Sao Paulo, Brazil by Cardinal José Saraiva Martins, who said of the new blessed:

“Fr Mariano was poor with the poor, humble among children and compassionate towards the infirm and the elderly.   He was conscientious with his students, the faithful and the association of Workshops of Saint Rita (he founded over 200 such workshops which employ people to make affordable clothing for the poor).   He was merciful toward his penitents, pure of heart and a lover of peace in his Augustinian community and in his family, overcoming difficulties through prayer and sacrifice, constantly having recourse to the Virgin Mary under the title of Our Lady of Consolation up until the moment he departed this life.” 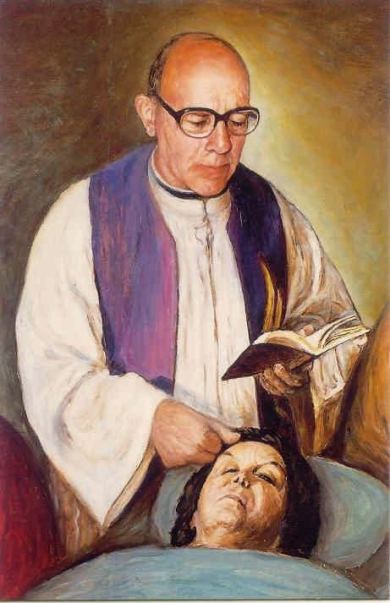 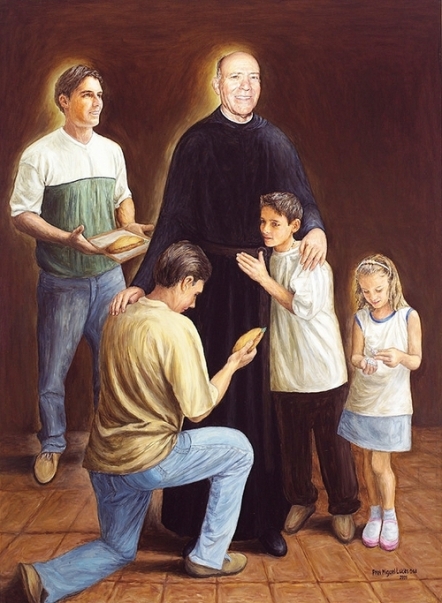 His body rests beside the altar of his beloved Virgin of Consolation in the Church of Saint Augustine in Sao Paulo. 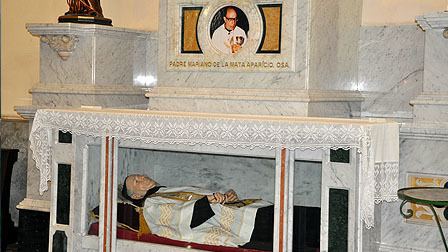 As a “saint of the ordinary,” Father Mariano reminds us that the path to holiness is essentially simple – it consists in living the Gospel message in a spirit of faith, freedom and generosity, loving God and neighbour as Jesus instructed us.   Mariano is a modern saint, a saint who lived surrounded by the challenges of our contemporary world but with the timeless truth and wisdom of the two great commandments. 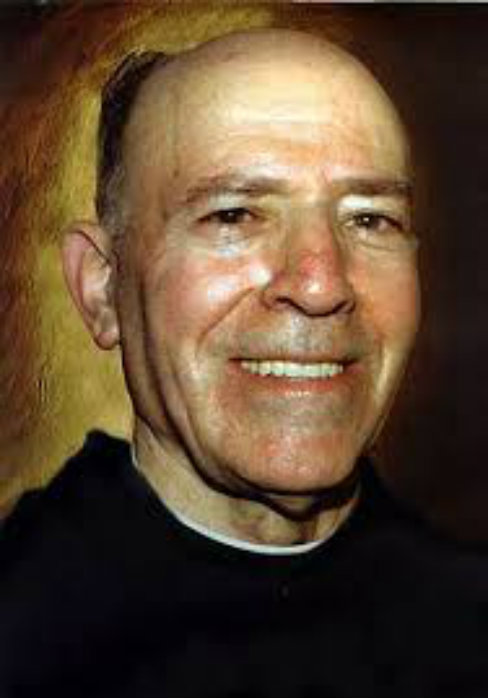