Blessed Itala was an Italian Roman Catholic who was a lapsed Christian until a conversion of faith in the 1920s and as a Benedictine oblate assumed the name of “Maria della Trinità”.   She became one of the well-known mystics of the Church during her life and indeed following her death.   She also penned a range of theological writings that focused on the Trinity, such an integral element of the Christian faith. 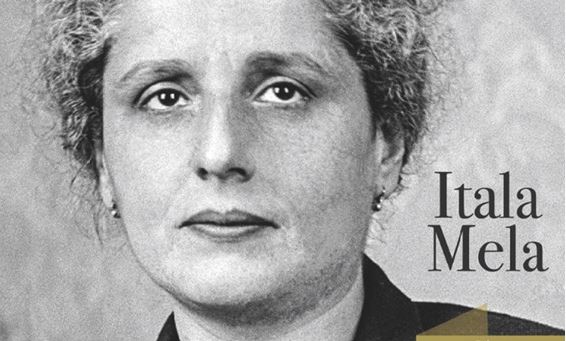 Itala Mela was born on 28 August 1904 in La Spezia to Pasquino Mela and Luigia Bianchini, both were atheist teachers.   She spent her childhood in the care of her maternal grandparents from 1905 to 1915, as her parents worked and her grandparents prepared Mela for her First Communion and Confirmation – she made on 9 May 1915 and 27 May 1915 respectively.

The death of her brother Enrico at the age of nine (27 February 1920) challenged Mela’s perception of her Christian faith and she wrote of her feelings to the loss:  “After his death, nothing”.   As a result, she eschewed her Christian faith and slipped into atheism. However, at the age of 18 she had a profound spiritual experience whichresulted in the reawakening of her faith, on the Feast of the Immaculate Conception (8 Dec. 1922).   After rediscovering God, her faith deepened with the motto she took being:  “Lord, I shall follow You unto the darkness, unto death”.

Bl Itala became a member of FUCI (Federation of Catholic Students) in 1923, where she met future pope Giovanni Battista Montini (St Paul VI) and Bl Cardinal Alfredo Ildefonso Schuster OSB (1880-1954) at the meetings there.   She also met the priests Divo Barsotti and Agostino Gemelli OFM.    At such meetings, Monsignor Montini and both the politicians Aldo Moro and Giulio Andreotti, both of the Christian Democracy Party served as major influences upon her.

She passed her studies in 1922 with recognition of being a brilliant student and was enrolled at the University of Genoa on the following 11 November, where she later received a degree in letters in 1928 as well as in classical studies.

Bl Itala experienced her first vision of God on 3 August 1928 as a beam of light at the tabernacle, in a church of a seminary at Pontremoli.   She wrote afterwards, “The will of Christ, which I feel in the depths of my soul, is to drag me, to immerse myself with Himself in the abysses of the Holy Trinity … It is useless to look for other ways, this is what He has chosen for my sanctification.”   Feeling called to the religious life, she tried to enter a Benedictine convent but health did not allow her to remain.   Instead she became a Benedictine Oblate and consecrated herself to the Holy Trinity.

She departed for Milan at this time and chose as her confessor Adriano Bernareggi., who later became the Archbishop of Bergamo.

Her true calling as a Benedictine oblate came in 1929 and solidified to the point, where she commenced her novitiate.   It concluded on 4 January 1933 when she made her profession in Rome in the church of San Paolo fuori le Mura making her four vows.   As a sign of her new life, Mela assumed the name of “Maria della Trinità – Maria of the Trinity”.    She composed many profound spiritual writings and continued to have spiritual visions and ecstasies.    She even proposed a special memorial to Mary of the Trinity to Pope Pius XII, which he approved in 1941. 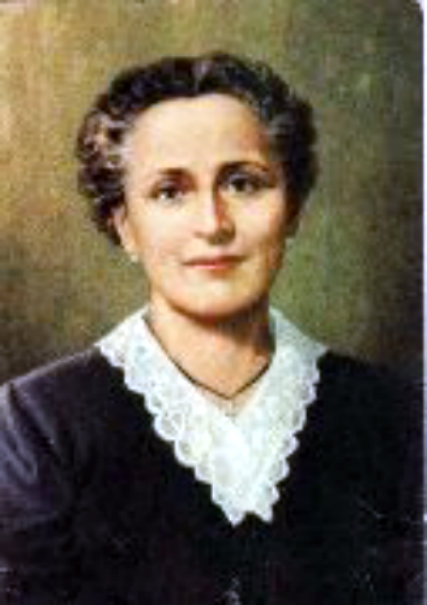 In Genoa from 5–15 October 1946, Mela composed a series of spiritual exercises for the benefit of the faithful, the exercises were well received.

She was proclaimed Venerable on 12 June 2014 after Pope Francis approved her life of heroic virtue.   On 14 December 2015 the pope also approved a miracle attributed to her intercession which allowed for her Beatification to take place.   Bl Itala was beatified in La Spezia on 10 June 2017 and Cardinal Angelo Amato presided over the celebration on the pope’s behalf.    The miracle in question concerned the revival of an Italian newborn, whose body was in state of clinical brain death.

Pope Francis said on Sunday, 11 June 2017, the day after her Beatification:

She was raised in a family far removed from the faith, in her youth she professed to be an atheist but converted after an intense spiritual experience.    She worked among Catholic university students, she then became a Benedictine Oblate and followed a mystic path centred on the mystery of the Most Holy Trinity, which we celebrate today in a special way.   May the witness of the new Blessed encourage us, during our days, to turn our thought often to God the Father, Son and Holy Spirit who abides in the chamber of our heart.

The Spiritual Experience of Itala Mela, a Life Incandescently Immersed in the Trinity

This present translation in English is the most recent development of an ongoing study regarding Itala Mela and the profound mysteries that our Lord revealed to her regarding the Inhabitation of the Most Blessed Trinity.  This is a most telling narrative describing the work of God in each individual soul for the fulfilment of the destiny of mankind.   A work achieved by co-operation to grace and acceptance of the circumstances of life with an eye to advancing the Kingdom within oneself and the world around us.

Itala is an example of an ordinary life of an ordinary person and how God takes this ordinariness and makes it extraordinary.   Yes, sanctity is for everyone, if only we see to understand and act in love.   The journey begins today with a light for each step of our path.