“The happiness that God designs for His higher creatures, is the happiness of being freely, voluntarily united to Him and to each other, in an ecstasy of love and delight, compared with which, the most rapturous love between a man and woman, on this earth, is mere milk and water.   And for that, they must be free.

Of course, God knew what would happen if they used their freedom the wrong way – apparently He thought it worth the risk.   Perhaps, we feel inclined to disagree with Him?   But there is a difficulty about disagreeing with God.   He is the source from which all your reasoning power comes – you could not be right and He wrong – anymore, than a stream can rise higher than it’s own source!” 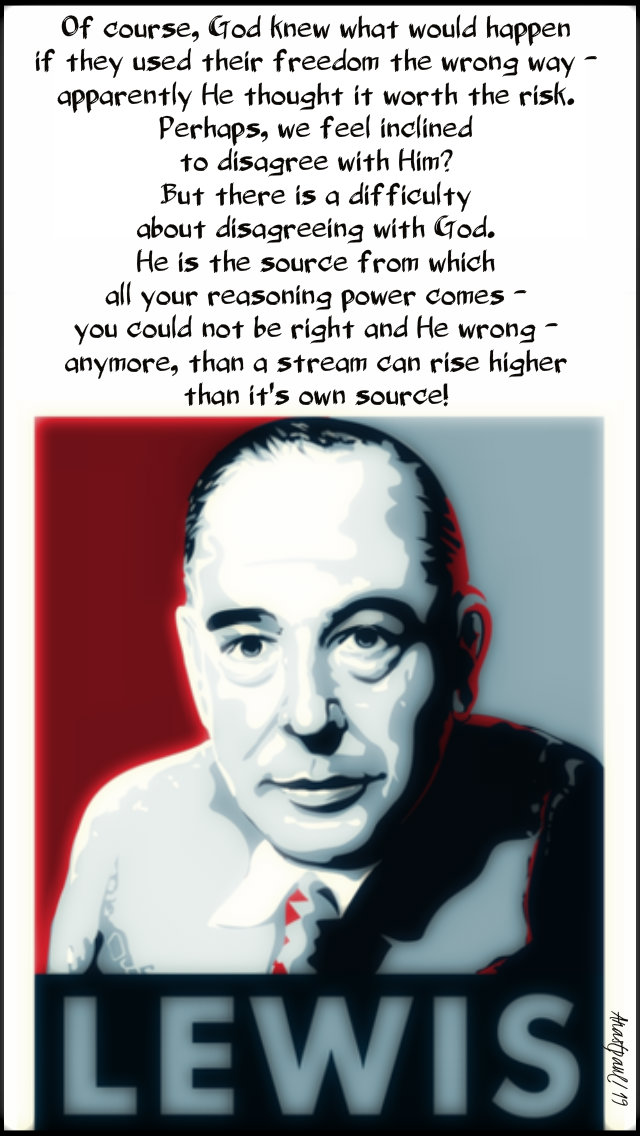