Lorenzo was born into a noble Italian family, who had a military history and a duty to protect the outer defences of the city of Pisa, Italy.   Lorenzo, however, was drawn to the religious life, began studying for the priesthoo, and while a deacon, he joined the Dominicans at the convent of Saint Catherine in Pisa in 1396.

He worked for reform of the Dominicans and encouraged his brother friars in their studies, prayer life and devotion to the Rule.   Lorenzo served as novice master, spiritual director and preacher and taught theology – his novices and students include Saint Antonius of Florence, Blessed Peter Cappuci, Blessed Fra Angelico and the artist Fra Benedetto.

In 1396, he was appointed prior, a position in which he excelled.   His zeal and love for th Order led him to almost easily inspire all his fellow Dominicans to work towards the reform of the order.   He was a novice and theology teacher at the convent of Cortona.  Without fear of being infected, he helped the sick during the plague that struck the cities of Pistoia and Fabriano.

Because of his wisdom, the people called him the Ark of Science.   He set an example to his congregation brothers and parishioners with his life of prayer, fasting, penance and devotion.   He suffered a leg injury, which painfully accompanied him for the rest of his life.   By the example of his silent and patient suffering – which he offered to God, the admiration and affection of the religious and the people increased.   Loved by his community, he died in Pistoia, where his body is still venerated.

Father Lorenzo served for 60 years, lived a simple, ascetic life and was particularly devoted to the sacrament of Penance and Reconciliation.

He died on 27 September 1456 and was buried at the Dominican church in Pistoia.  Many miracles were reported at his tomb.   He was Beatified in 1851 by Pope Pius IX, via the confirmation of his cultus. 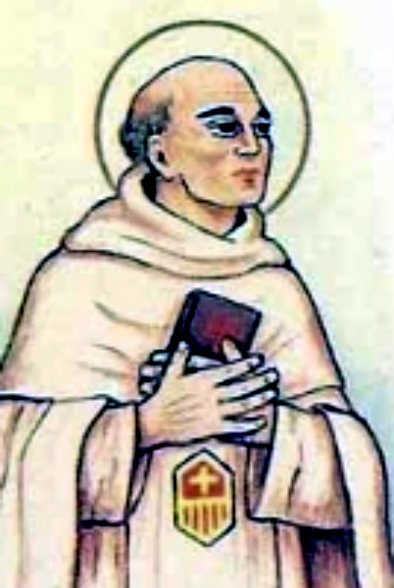