Saint of the Day – 10 April – St Miguel de Sanctis O.SS.T (1591-1625) Priest of the Order of the Most Holy Trinity and of the Captives also known as the Trinitarian Order or the Trinitarians, Mystic, Penitent, Ecstatic, Apostle of prayer, mortification, of the poor and the sick, he had a special devotion to the Blessed Sacrament and would fall into ecstatic prayer during the Consecration at Holy Mass, so much so, that he became known as “El Extático”, “The Ecstatic.” 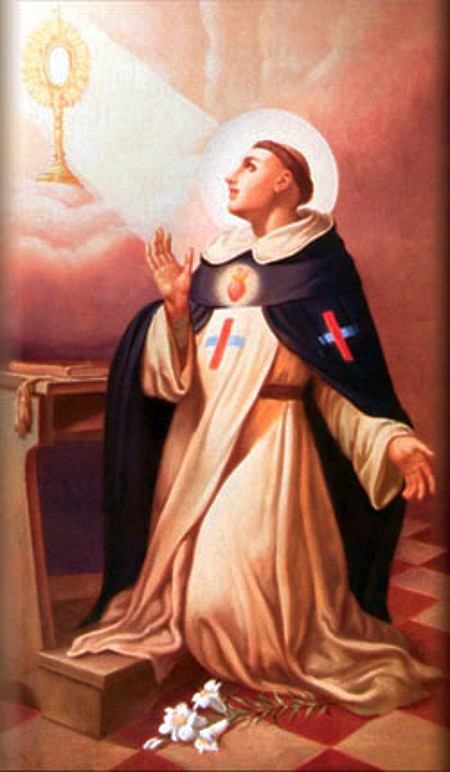 Born as Miguel Argemir on 29 September 1591 at Vich, Catalonia, Spain and died on 10 April 1625 at Valladolid, Spain of natural causes, aged 33.   He is also known as Michael of the Saints.    Patronages – Cancer patients, Vich – his hometown.   His brief life of thirty three years was one of great love for Our Lord in the Blessed Sacrament.   His generous service to the poor, the unfortunate and the sick made him a compassionate Priest and a faithful friend. 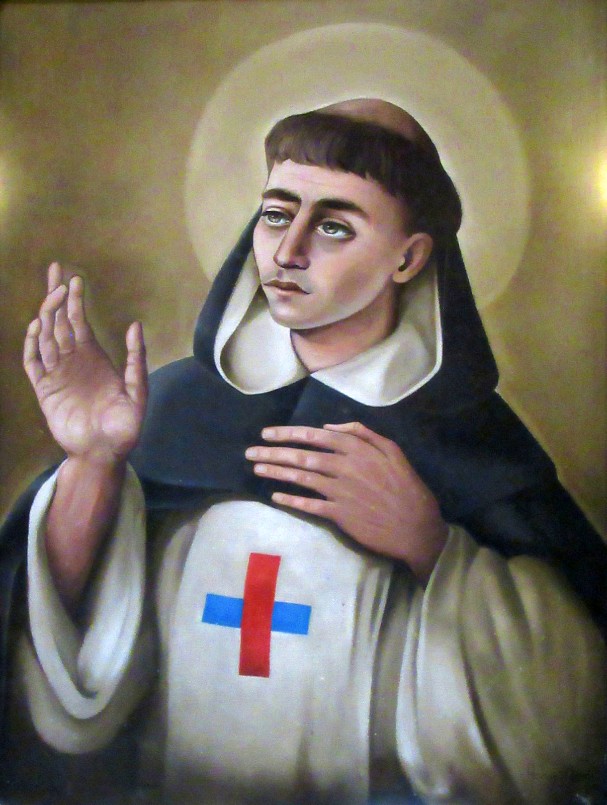 At the age of six, he announced to his parents that he would become a monk when he grew up.   His mother told him about the great St Francis and Michael went about imitating the man from Assisi.   He was so zealous in his imitation of Francis that his parents had to prevent him from doing too much for his young age  . Still, his enthusiasm for a life of prayer and poverty and holiness endured.

His parents died while he was still young and he was apprenticed to a merchant.   He did his work well and whenever he had free time, he gave it to prayerful devotions.   Then, at the age of twelve, he went to Madrid and asked to be received into the Monastery of the Trinitarians there.   After his Novitiate in 1607, he took his vows at the Order’s Monastery of St Lambert, at Zaragoza when he took the name of Miguel de Sanctis.

After meeting a Discalced Trinitarian Priest, when he was just 17, he felt an overwhelming desire to become a Priest with their Order  . He felt drawn to that Congregations more austere lifestyle and after much deliberation and with the permission of his superior, he entered the Congregation of the Discalced Trinitarians at Madrid.   After being ordained a Priest, he was elected as Superior of the Monastery at Valladolid, for two tenures.   He led the Monastery as Superior by example, living in holiness, often displaying heroic virtues of humility and prayer.

After eleven days of prayer, Frances Sanz was cured through his intercession.   The cancerous tumours on her lip and tongue disappeared.   No scars were left.   Hers was one of many such cures and was presented as one of many miracles when Pope Pius IX Canonised Miguel on 8 June 1862.   The feast of St Miguel de Sanctis is celebrated on 8 June in the Trinatarian Order and today, 10 April, with great joy in his hometown of Vich.

The Municipality of Saint-Michel-des-Saints, Quebec, Canada, is named in his honour.