Daily Meditation:
The lowly will ever find joy in the Lord,
and the poor rejoice in the Holy One of Israel.

In the busiest of times, it is often difficult to realise
that our worst enemy is our own sinfulness.
When we do realize that, however, we can really beg God to save us.
Today, let’s say the prayer Jesus gave us,
devoutly and as a real Advent prayer.

Our Father, in heaven,
may your name be holy;
may your kingdom come;
may your will be done,
on earth, as it is in heaven.
Give us today, your faithful bread for the journey.
Forgive us our sins,
the way we forgive the sins of others.
Don’t let us be overcome by temptation,
but deliver us from all evil.

Closing Prayer:
Jesus, protector,
I long for Your coming.
The promise of new light is there
if only I can believe.

Protect me from dangers
and lead me through the gloom and darkness
to the joy I so long to find in You.

Lift me from my lowly sins
and give me the promise of salvation
with no more shame,
only the light and saving grace of Your love.

Let the ancient dream be fulfilled in You
and peace come to this life and world.

May the Lord bless us,
protect us from all evil
and bring us to everlasting life.
Amen.

DAY FOUR
O Mary, Mother of God,
endowed in your glorious Immaculate Conception
with the fullness of grace;
unique among women
in that you are both mother and virgin;
Mother of Christ and Virgin of Christ,
we ask you to look down with a tender heart
from your throne and listen to our prayers
as we earnestly ask that you obtain for us
the favour for which we now plead…

O Mary of the Immaculate Conception,
Mother of Christ,
you had influence with your Divine Son while upon this earth;
you have the same influence now in heaven.
Pray for us
and obtain for us from him
the granting of my petition if it be the Divine Will. 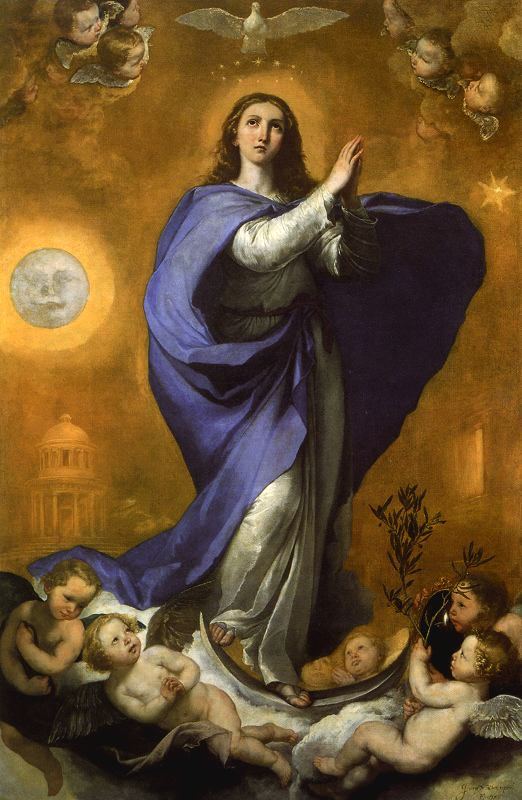 “Many spirits are abroad in the world

and the Church and the credentials they

display are splendid gifts of eloquence and ability.

Christian, look carefully, for the print of the NAILS.” 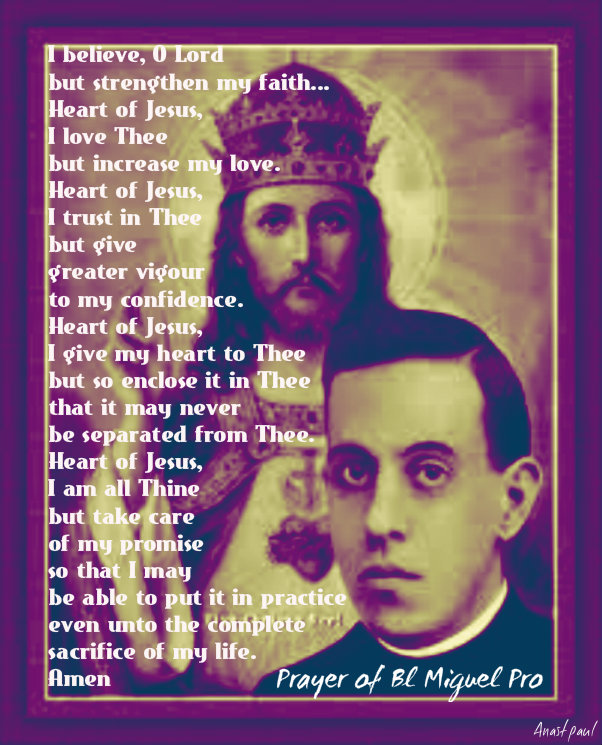 The earliest mention in an authentic historical authority occurs in the “Liber Pontificalis,”, where the biography of Pope Simplicius (468–483) states that this pope “consecrated a basilica of the holy martyr Bibiana, which contained her body, near the ‘palatium Licinianum’ “ . The Basilica of Santa Bibiana still exists. 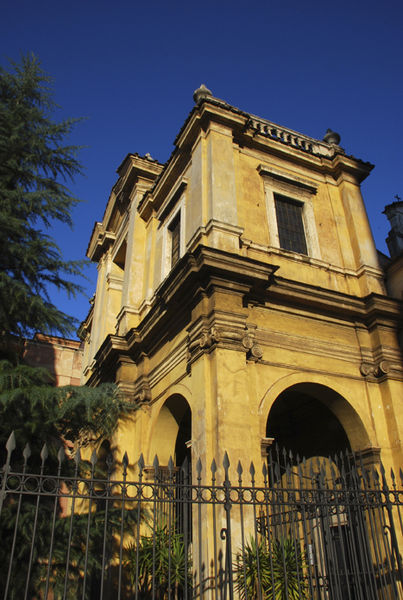 According to legend, Bibiana was the daughter of a former prefect, Flavianus, who was banished by Julian the Apostate. His wife Dafrosa, and two daughters, Demetria and Bibiana, were also persecuted by Julian. Dafrosa and Demetria died a natural death and were buried by Bibiana in their own house but Bibiana was tortured and died as a result of her sufferings. Two days after her death a priest named John buried Bibiana near her mother and sister in her home, the house being later turned into a church. It is evident that the legend seeks to explain in this way the origin of the church and the presence in it of the bodies of the above-mentioned confessors.

An alternate account says that in the year 363, Emperor Julian made Apronianus Governor of Rome. Bibiana suffered in the persecution started by him. She was the daughter of Christians, Flavian, a Roman knight, and Dafrosa, his wife. Flavian was tortured and sent into exile, where he died of his wounds. Dafrosa was beheaded, and their two daughters, Bibiana and Demetria, were stripped of their possessions and left to suffer poverty. However, they remained in their house, spending their time in fasting and prayer. Apronianus, seeing that hunger and want had no effect upon them, summoned them. Demetria, after confessing her faith, fell dead at the feet of the tyrant. Bibiana was reserved for greater sufferings. She was placed in the hands of a wicked woman called Rufina, who in vain endeavored to seduce her. She used blows as well as persuasion, but the Christian virgin remained faithful. Enraged at the constancy of this saintly virgin, Apronianus ordered her to be tied to a pillar and beaten with scourges, laden with lead plummets, until she expired. The saint endured the torments with joy, and died under the blows inflicted by the hands of the executioner. Her body was then put in the open air to be torn apart by wild animals, yet none would touch it. After two days she was buried.