“There is a legend that as an infant, a swarm of bees settled on his face while he lay in his cradle, leaving behind a drop of honey. His father considered this a sign of his future eloquence and honeyed tongue. For this reason, bees and beehives often appear in the saint’s symbology.” 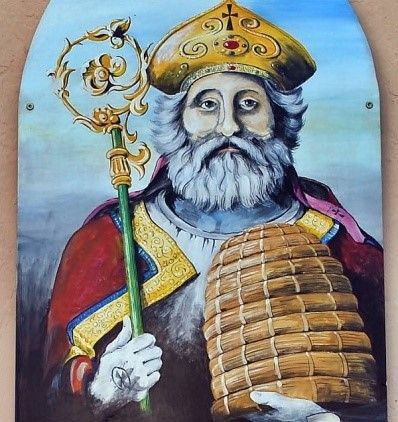 Daily Meditation:
They that hope in the Lord will renew their strength.

Our Advent preparation is about growing in confidence
that our God can indeed save us.
So often our struggles make us very weary and tired.
When we really “get it” that the One who made us
truly desires to set us free,
we really begin longing at a new level
to know what it is to be restored to a new vitality.

Closing Prayer:
Loving and powerful God,
Some days I can only be in awe of Your power and love.
You never tire of supporting me.
I constantly ask for help
knowing You will always be there.

From some place deep in my soul,
I hear You calling me by name
and I prepare with a joyful heart for Your coming.

Grant me the gift of hope, patience and waiting in these Advent days
I want the focus of my waiting to be on You.
I want to praise and glorify You with my life.
Let me live my gratitude to You, rejoicing!

May the Lord bless us,
protect us from all evil
and bring us to everlasting life.
Amen

DAY EIGHT
O Most gracious Virgin Mary,
beloved Mother of Jesus Christ, our Redeemer,
intercede with him for us
that we be granted the favoUr which we petition
for so earnestly in this novena…

O Mother of the Word Incarnate,
we feel animated with confidence
that your prayers in our behalf
will be graciously heard before the throne of God.
O Glorious Mother of God,
in memory of your joyous Immaculate Conception,
hear our prayers and obtain for us our petitions.

O Mary of the Immaculate Conception,
Mother of Christ,
you had influence with your Divine Son while upon this earth;
you have the same influence now in heaven.
Pray for us
and obtain for us from him
the granting of my petition if it be the Divine Will. 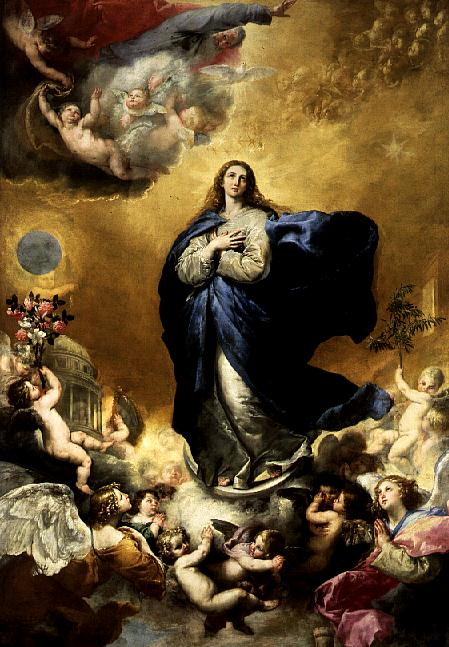 Thought for the Day

St Ambrose exemplifies for us the truly catholic character of Christianity.

He is a man steeped in the learning, law and culture of the ancients and of his contemporaries. Yet, in the midst of active involvement in this world, this thought runs through Ambrose’ life and preaching:- the hidden meaning of the Scriptures calls our spirit to rise to another world.

It is all for HIM, all for the WORD made flesh, all for GOD that we live!

St Ambrose Pray for us! 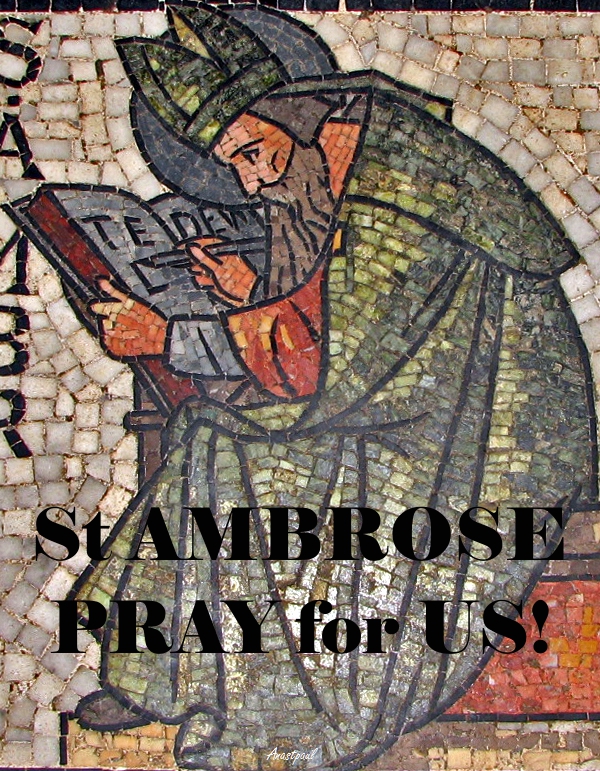 Quote/s of the Day – St Ambrose (Saint of the Day)
“The Church of the Lord is built upon the rock of the apostles among so many dangers in the world; it therefore remains unmoved. The Church’s foundation is unshakable and firm against assaults of the raging sea. Waves lash at the Church but do not shatter it. Although the elements of this world constantly beat upon the Church with crashing sounds, the Church possesses the safest harbour of salvation for all in distress.”

“Our own evil inclinations are far more dangerous than any external enemies.”

“Let your door stand open to receive Him, unlock your soul to Him, offer Him a welcome in your mind and then you will see the riches of simplicity, the treasures of peace, the joy of grace. Throw wide the gate of your heart, stand before the sun of the everlasting light.”

REFLECTION – All the children of the Church are priests. AT Baptism, they received the anointing that gives them a share in the priesthood.
The sacrifice that they must offer to God is completely spiritual – it is themselves……………..St Ambrose

PRAYER – Holy Father, teach me to offer myself to You with all my thoughts, words and actions. Let me also exercise my “common priesthood” by faithful participation at Holy Mass and in all my encounters with my neighbour. St Ambrose Pray for us! Amen 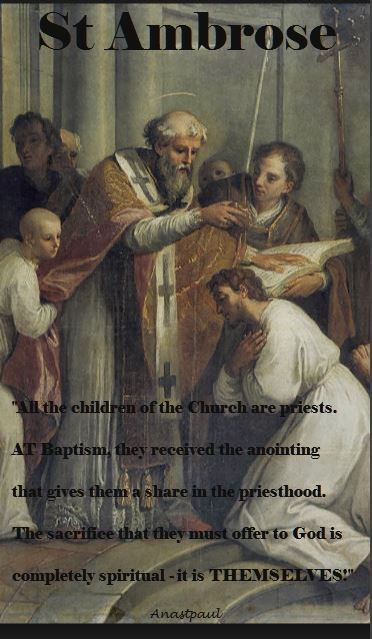 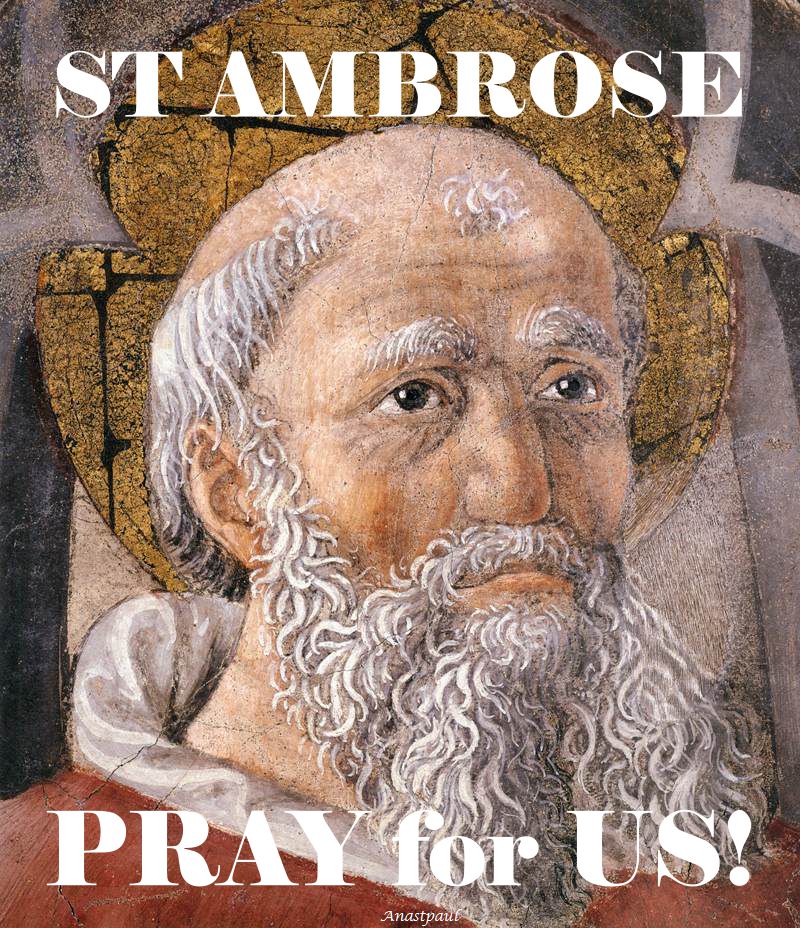 O Lord, who has mercy upon all,
take away from me my sins
and mercifully kindle in me
the fire of Your Holy Spirit.
Take away from me the heart of stone
and give me a heart of flesh,
a heart to love and adore You,
a heart to delight in You,
to follow and enjoy You,
for Christ’s sake. Amen

Ambrose was born into a Roman Christian family about 340 AD and was raised in Trier, Belgic Gaul (present-day Germany). His father is sometimes identified with Aurelius Ambrosius, a praetorian prefect of Gaul but some scholars identify his father as an official named Uranius who received an imperial constitution dated 3 February 339 AD (addressed in a brief extract from one of the three emperors ruling in 339, Constantinus, Constantius, or Constans, in the Theodosian Code, book XI.5).

His mother was a woman of intellect and piety. Ambrose’s siblings, Satyrus (who is the subject of Ambrose’s De excessu fratris Satyri) and Marcellina, are also venerated as saints. There is a legend that as an infant, a swarm of bees settled on his face while he lay in his cradle, leaving behind a drop of honey. His father considered this a sign of his future eloquence and honeyed tongue. For this reason, bees and beehives often appear in the saint’s symbology.

After the early death of his father, Ambrose followed his father’s career. He was educated in Rome, studying literature, law, and rhetoric. Praetorian prefect Probus first gave him a place in the council and then in about 372 made him consular prefect or “Governor” of Liguria and Emilia, with headquarters at Milan, which was then (beside Rome) the second capital in Italy.

Ambrose was the Governor of Aemilia-Liguria in northern Italy until 374 when he became the Bishop of Milan. He was a very popular political figure, and since he was the Governor in the effective capital in the Roman West, he was a recognizable figure in the court of the Emperor Valentinian I. Ambrose never married.

In the late 4th century there was a deep conflict in the diocese of Milan between the Nicene Church and Arians. In 374 the bishop of Milan, Auxentius, an Arian, died, and the Arians challenged the succession. Ambrose went to the church where the election was to take place, to prevent an uproar, which was probable in this crisis. His address was interrupted by a call “Ambrose, bishop!”, which was taken up by the whole assembly.

Ambrose was known to be Nicene Christian in belief, but also acceptable to Arians due to the charity shown in theological matters in this regard. At first he energetically refused the office, for which he was in no way prepared: Ambrose was neither baptized nor formally trained in theology. Upon his appointment, Ambrose fled to a colleague’s home seeking to hide. Upon receiving a letter from the Emperor Gratian praising the appropriateness of Rome appointing individuals evidently worthy of holy positions, Ambrose’s host gave him up. Within a week, he was baptized, ordained and duly consecrated bishop of Milan.

As bishop, he immediately adopted an ascetic lifestyle, apportioned his money to the poor, donating all of his land, making only provision for his sister Marcellina (who later became a nun) and committed the care of his family to his brother. This raised his popularity even further, giving him considerable political leverage over even the emperor. Ambrose also wrote a treatise by the name of “The Goodness of Death”. 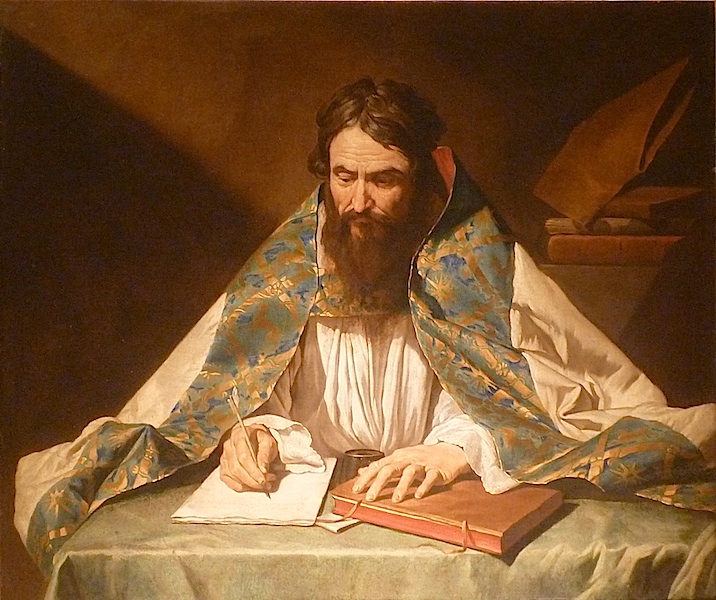 One of Ambrose’s biographers observed that at the Last Judgment, people would still be divided between those who admired Ambrose and those who heartily disliked him. He emerges as the man of action who cut a furrow through the lives of his contemporaries. Even royal personages were numbered among those who were to suffer crushing divine punishments for standing in Ambrose’s way.

When the Empress Justina attempted to wrest two basilicas from Ambrose’s Catholics and give them to the Arians, he dared the eunuchs of the court to execute him. His own people rallied behind him in the face of imperial troops. In the midst of riots, he both spurred and calmed his people with bewitching new hymns set to exciting Eastern melodies.

In his disputes with the Emperor Auxentius, he coined the principle: “The emperor is in the Church, not above the Church.” He publicly admonished Emperor Theodosius for the massacre of 7,000 innocent people. The emperor did public penance for his crime. This was Ambrose, the fighter, sent to Milan as Roman governor and chosen while yet a catechumen to be the people’s bishop.

There is yet another side of Ambrose—one which influenced Augustine of Hippo, whom Ambrose converted. Ambrose was a passionate little man with a high forehead, a long melancholy face, and great eyes. We can picture him as a frail figure clasping the codex of sacred Scripture. This was the Ambrose of aristocratic heritage and learning.

Augustine found the oratory of Ambrose less soothing and entertaining but far more learned than that of other contemporaries. Ambrose’s sermons were often modeled on Cicero and his ideas betrayed the influence of contemporary thinkers and philosophers. He had no scruples in borrowing at length from pagan authors. He gloried in the pulpit in his ability to parade his spoils—“gold of the Egyptians”—taken over from the pagan philosophers.

His sermons, his writings, and his personal life reveal him as an otherworldly man involved in the great issues of his day. Humanity, for Ambrose, was, above all, spirit. In order to think rightly of God and the human soul, the closest thing to God, no material reality at all was to be dwelt upon. He was an enthusiastic champion of consecrated virginity.

The influence of Ambrose on Augustine will always be open for discussion. The Confessions reveal some manly, brusque encounters between Ambrose and Augustine but there can be no doubt of Augustine’s profound esteem for the learned bishop.

Neither is there any doubt that St. Monica loved Ambrose as an angel of God who uprooted her son from his former ways and led him to his convictions about Christ. It was Ambrose, after all, who placed his hands on the shoulders of the naked Augustine as he descended into the baptismal fountain to put on Christ. 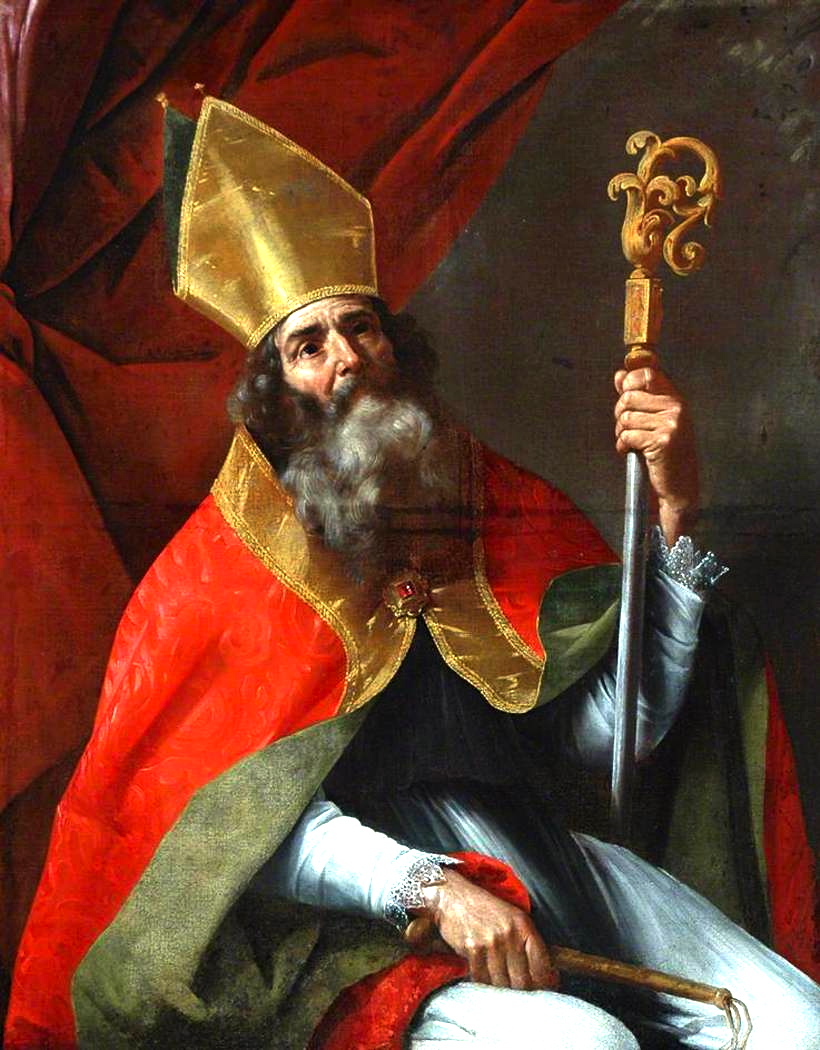 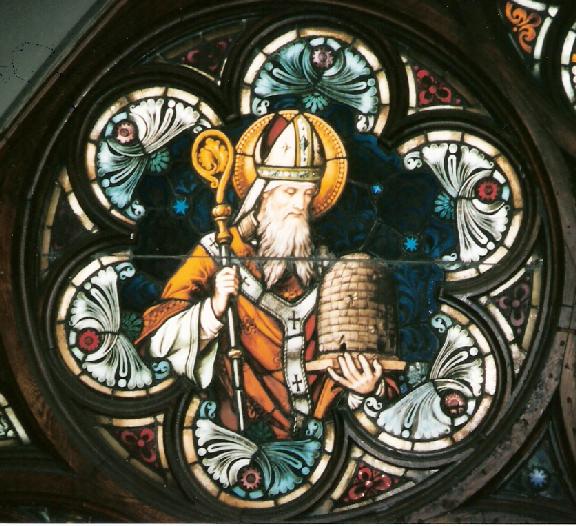