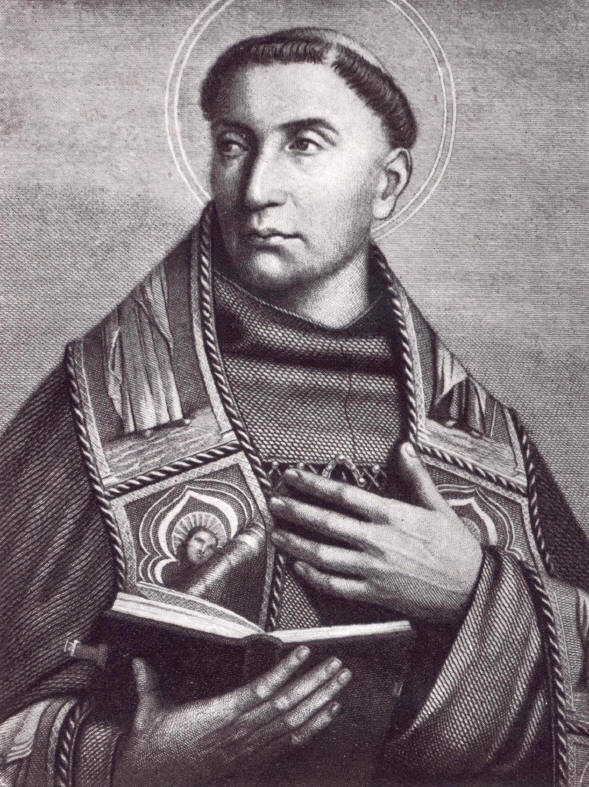 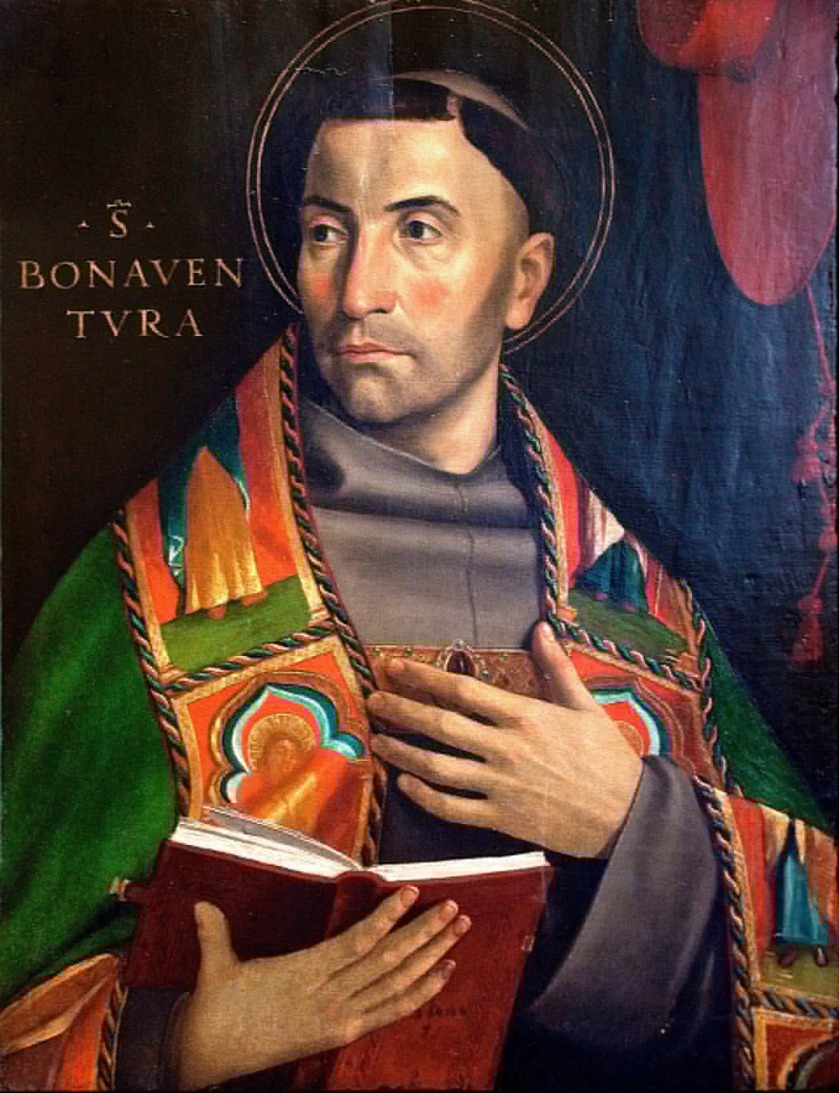 Sanctity and learning raised Bonaventure to the Church’s highest honours and from a child he was the companion of Saints.    Yet at heart he was ever the poor Franciscan friar and practised and taught humility and mortification.

St Francis gave him his name, for, having miraculously cured him of a mortal sickness, he prophetically exclaimed of the child, “O bona ventura!”-good luck.

He is known also as the “Seraphic Doctor,” from the fervour of divine love which breathes in his writings.   He was the friend of S. Thomas Aquinas, who asked him one day whence he drew his great learning.   He replied by pointing to his crucifix.   At another time St Thomas found him in ecstasy while writing the life of St Francis and exclaimed, “Let us leave a Saint to write of a Saint.”   They received the Doctor’s cap together.

He was the guest and adviser of St Louis and the spiritual director of St Isabella, the king’s sister.   At the age of thirty-five in 1257 he was made general of his Order and only escaped another dignity, the Archbishopric of York, by dint of tears and entreaties. Gregory X appointed him Cardinal Bishop of Albano.

When the Saint heard of the Pope’s resolve to create him a Cardinal, he quietly made his escape from Italy.   But Gregory sent him a summons to return to Rome.   On his way, he stopped to rest himself at a convent of his Order near Florence and there two Papal messengers, sent to meet him with the Cardinal’s hat, found him washing the dishes.   The Saint desired them to hang the hat on a bush that was near and take a walk in the garden until he had finished what he was about.   Then taking up the hat with unfeigned sorrow, he joined the messengers and paid them the respect due to their character. 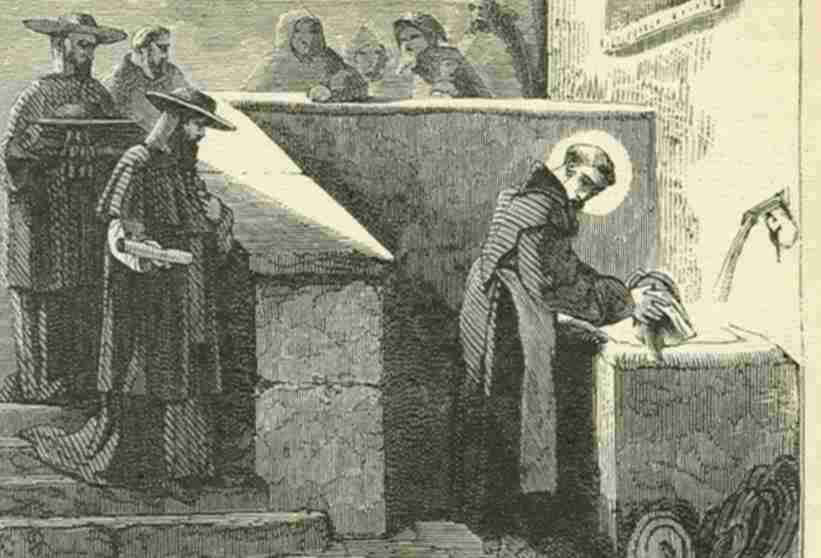 He sat at the Pontiff’s right hand and spoke first at the Council of Lyons.   His piety and eloquence won over the Greeks to Catholic union and then his strength failed.

He died while the Council was sitting and was buried by the assembled bishops, on 15 July 1274. 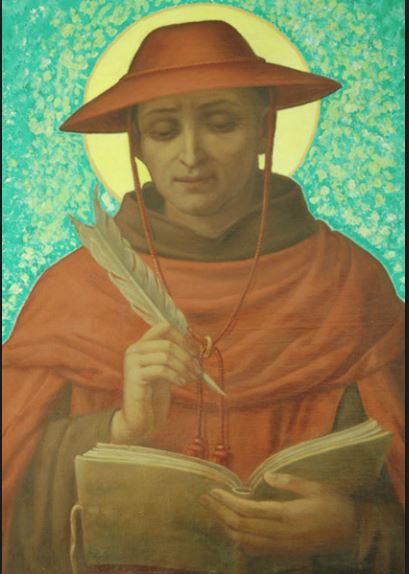 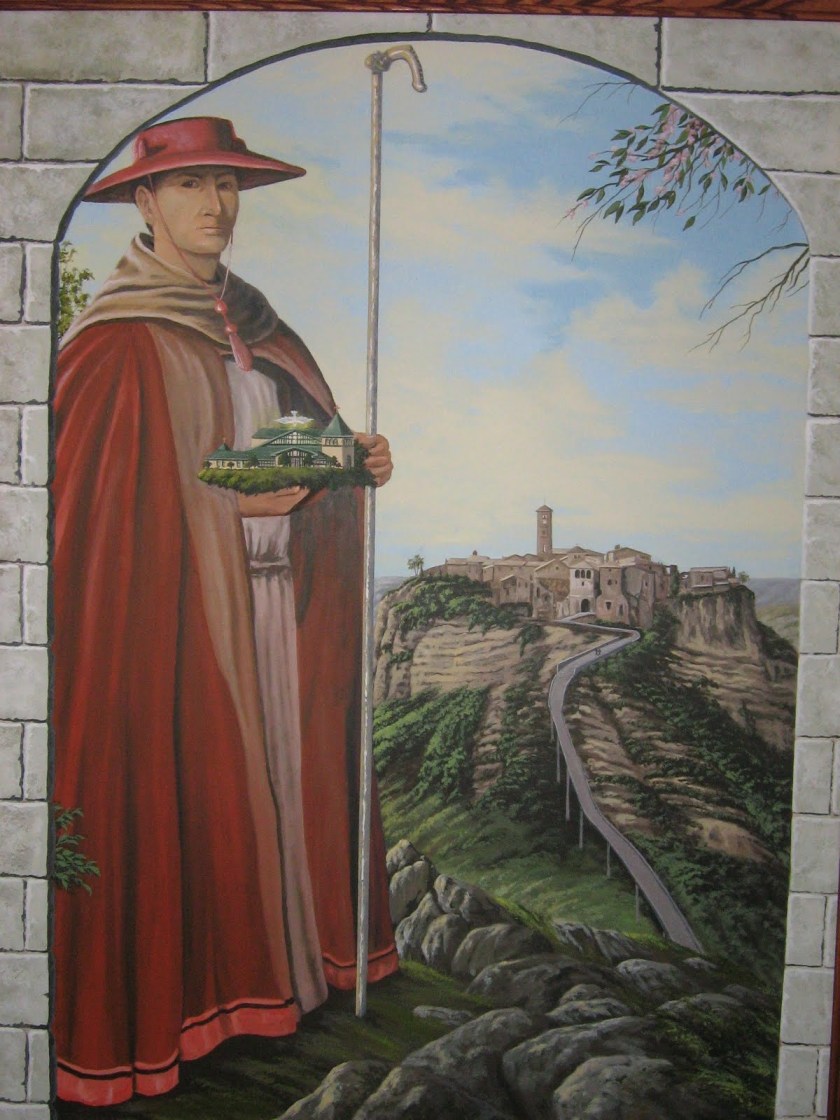