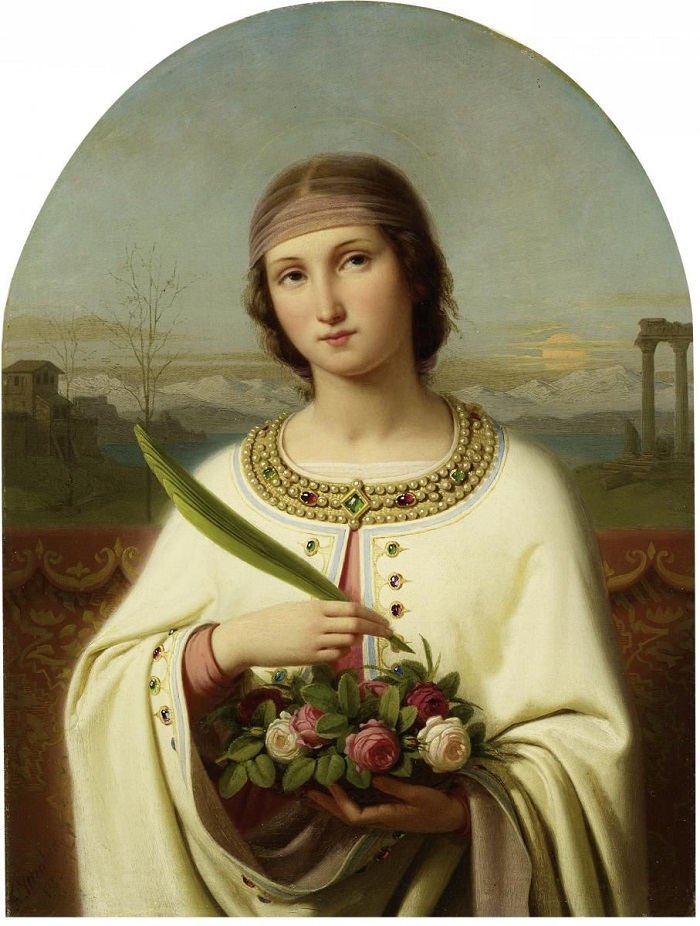 St Dorothy is a 4th-century virgin martyr who was executed at Caesarea Mazaca. Evidence for her actual historical existence or acta is very sparse.   She is called a martyr of the Diocletianic Persecution, although her death occurred after the resignation of Diocletian himself.   She should not be confused with another 4th-century saint, Dorothea of Alexandria.   She and St Theophilus the Lawyer are mentioned in the Roman Martyrology as martyrs of Caesarea in Cappadocia, with a feast day on 6 February.   She is thus officially recognised as a saint but because there is scarcely any non-legendary knowledge about her, she is no longer (since 1969) included in the General Roman Calendar.

St Dorothy was a young virgin, celebrated at Cæsarea, where she lived, for her angelic virtue.   Her parents seem to have been martyred before her in the Diocletian persecution and when the Governor Sapricius came to Cæsarea he called her before him and sent this child of martyrs to the home where they were waiting for her.

She was stretched upon the rack and offered marriage if she would consent to sacrifice, or death if she refused.   But she replied that “Christ was her only Spouse and death her desire.”   She was then placed in charge of two women who had fallen away from the faith, in the hope that they might pervert her but the fire of her own heart rekindled the flame in theirs and led them back to Christ.

When she was set once more on the rack, Sapricius himself was amazed at the heavenly look she wore and asked her the cause of her joy.   “Because,” she said, “I have brought back two souls to Christ and because I shall soon be in heaven rejoicing with the angels.”

Her joy grew as she was buffeted in the face and her sides burned with plates of red-hot iron.   “Blessed be Thou,” she cried, when she was sentenced to be beheaded,-“blessed be Thou, O Thou Lover of souls!   Who dost call me to Paradise and invitest me to Thy nuptial chamber.”

St Dorothy suffered in the dead of winter and it is said that on the road to her passion a lawyer called Theophilus, who had been used to calumniate and persecute the Christians, asked her, in mockery, to send him “apples or roses from the garden of her Spouse.”

The Saint promised to grant his request and, just before she died, a little child stood by her side bearing three apples and three roses.   She bade him take them to Theophilus and tell him this was the present which he sought from the garden of her Spouse. 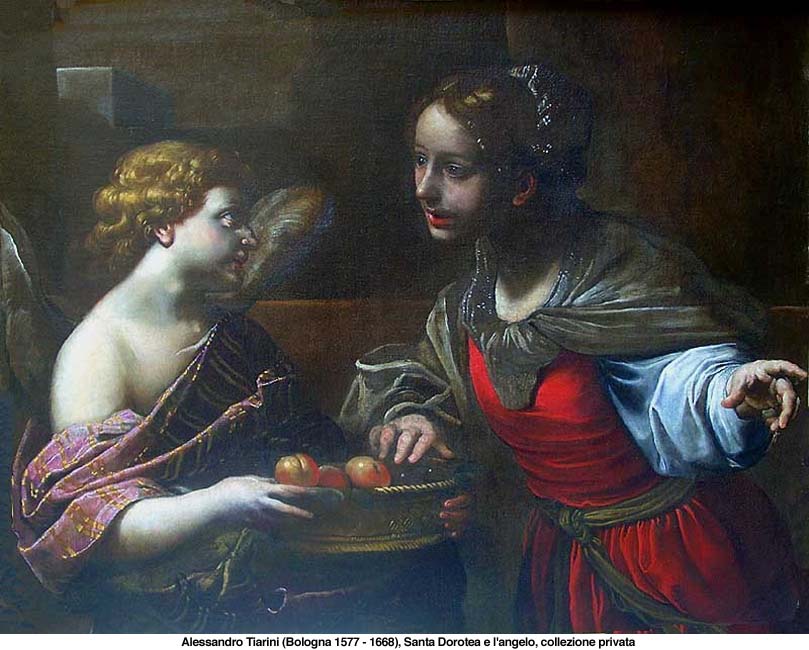 St Dorothy had gone to heaven and Theophilus was still making merry over his challenge to the Saint when the child entered his room.   He saw that the child was an angel in disguise and the fruit and flowers of no earthly growth.   He was converted to the faith and then shared in the martyrdom of St Dorothy.

She is regarded as the patroness of gardeners.   On her feast trees are blessed in some places.