He charged them to take nothing for their journey...Mark 6:8

For all Christians, wherever they live, are bound to show forth, by the example of their lives and by the witness of the word, that new man put on at baptism and that power of the Holy Spirit, by which they have been strengthened at Confirmation.   Thus other men, observing their good works, can glorify the Father and can perceive more fully the real meaning of human life and the universal bond of the community of mankind. (cf Col 3:10; Mt 5:16)….Decree on the missionary activity of the Church, “ Ad Gentes ”, # 10-11 – Vatican Council II

“Jesus never sinned, yet He was crucified for you.

Will you refuse to be crucified for Him, who for your sake was nailed to the cross?

You are not the one who gives the favour, you have received one first.

For your sake He was crucified on Golgotha.

Now you are returning His favour, you are fulfilling your debt to Him.”

“Go Forth, Set the World on Fire”

And I tell you, you are Peter and on this rock I will build my church and the gates of hell shall not prevail against it…Matthew 16:18

“Now you know well that the most deadly foes of the Catholic religion
have always waged a fierce war but without success, against this Chair;
they are by no means ignorant of the fact,
that religion itself can never totter and fall while this Chair remains intact,
the Chair which rests on the rock which the proud gates of hell cannot overthrow
and in which there is the whole and perfect solidity of the Christian religion.” 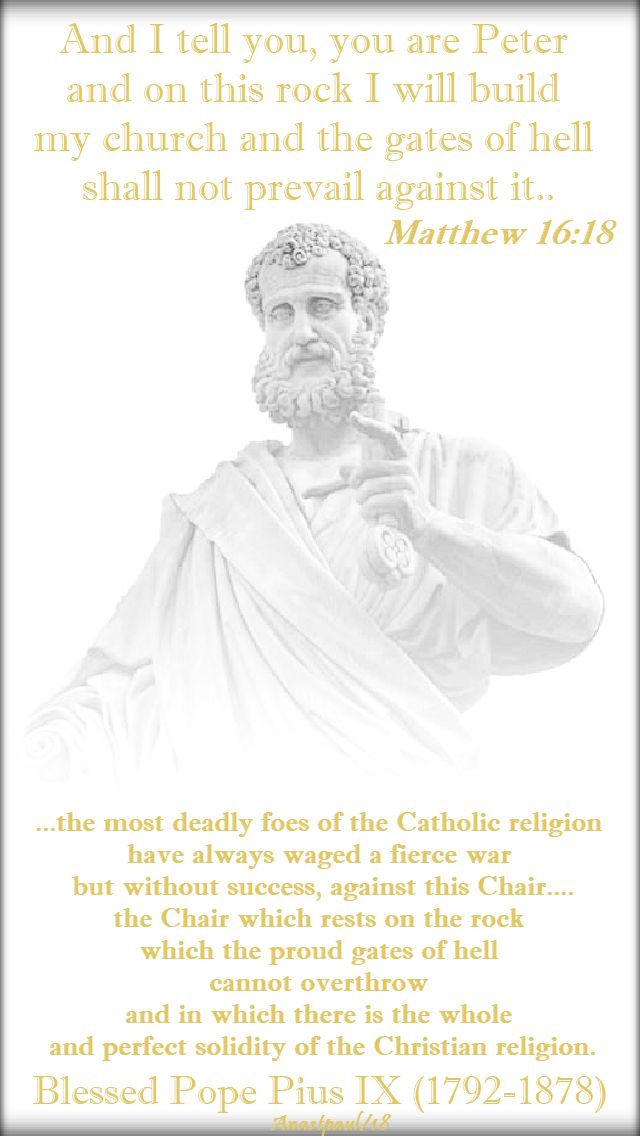 He charged them to take nothing for their journey...Mark 6:8

REFLECTION – “The characteristic of the missionary’s style is, so to speak, a face, which consists in the poverty of means.   His accoutrement responds to a criteria of modesty. Indeed the Twelve have the order to “take nothing for their journey except a staff; no bread, no bag, no money in their belts” (6:8).   The Teacher wants them to be free and unhampered, without reserves and without favours, certain only of the love of the One who sends them, strengthened only by His Word, which they go to proclaim.   The staff and the sandals are the gear of pilgrims because that is what the messengers of the Kingdom of God are, not omnipotent managers, not irreplaceable officials, not celebrities on tour.”…Pope Francis – Angelus, 15 July 2018 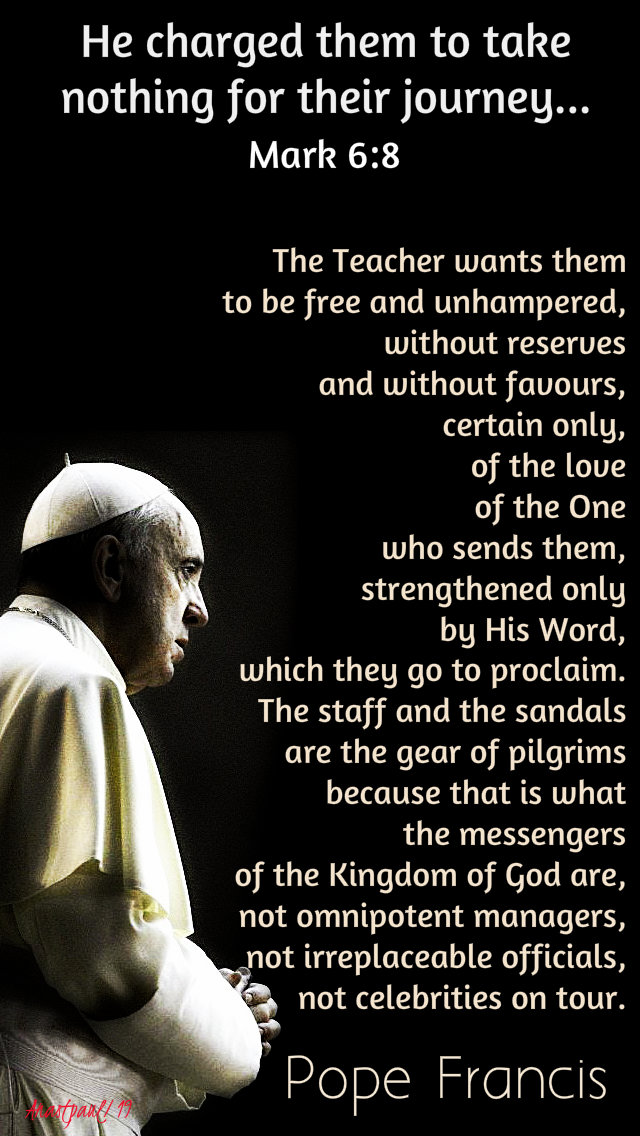 PRAYER – Grant us Lord, a true knowledge of salvation so that, freed from fear and from the power of our foes, we may serve You, unhampered by any worldly ties, trusting only in Your loving and guiding hand.   Help us to give our hearts, minds, bodies, our all to You, serving faithfully all the days of our life.   May the prayers of our loving Mother, give us strength.   We make our prayer, through our Lord Jesus with the Holy Spirit, God forever, amen. 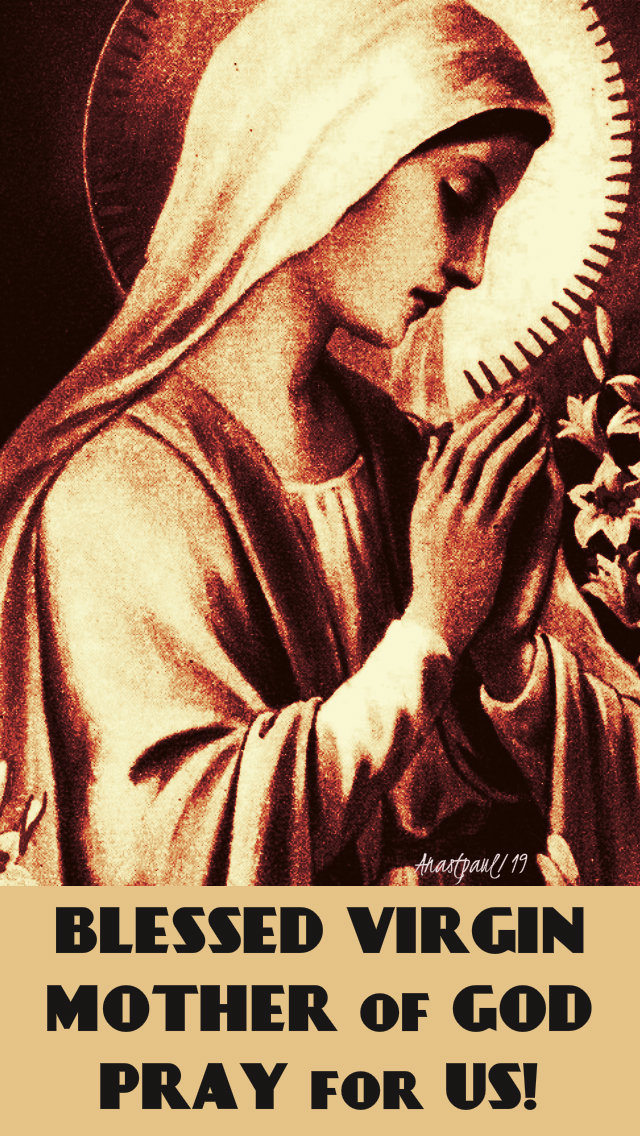 Our Morning Offering-7 February-Thursday of the Fourth week in Ordinary Time, Year C

Thanks be to You,
my Lord Jesus Christ
For all the benefits
You have given me,
For all the pains and insults
You have borne for me.
O most merciful Redeemer,
friend and brother,
May I know You
more clearly,
Love You
more dearly,
Follow You
more nearly.
Amen

St Giles Mary was born on 16 November 1729 at Taranto, Apulia, Italy and died on 7 February 1812 at Naples, Italy of natural causes while at prayer.   Patronage – Taranto, Italy (chosen on 29 June 1919 by Archbishop Orazio Mazzella of Taranto).

Francesco Postillo was born in Taranto to a very poor family.   Cataldo Postillo, his father and Grazia Procaccio, his mother.   Three siblings later followed him.   He was baptised as Francesco Domenico Antonio Pasquale Postillo.

His father’s death died in 1747 left the 18-year-old Francesco to care for the family. Francesco had to abandon his hope of education and to seek work to provide for his widowed mother and siblings.   For a brief period of time he worked as a rope maker.

Although his desire was to become a priest, his lack of education meant that he was unable to fulfil this desire and served instead as a professed religious in the Order of Friars Minor in Naples.   He applied to enter the order on 27 February 1754 and made his solemn profession of vows on 28 February 1755 at the convent of Santa Maria delle Grazie in Galatone.   He assumed the religious name of “Giles of the Mother of God” but he later altered this instead to “Giles Mary of Saint Joseph”.

For 53 years he served at St Paschal’s Hospice in Naples in various roles, such as cook, porter or most often as official beggar for that community.   He often travelled outside the confines of his convent to beg for alms and to aid those who were shunned and isolated, especially the lepers.

“Love God, love God” was his characteristic phrase as he gathered food for the friars and shared some of his bounty with the poor—all the while consoling the troubled and urging everyone to repent.  He invited men and women to recognise their own gifts and to live out their dignity as people made in God’s divine image.

The charity which he reflected on the streets of Naples was born in prayer and nurtured in the common life of the friars.  St Giles often carried an icon of the Blessed Virgin Mary in a depiction known as Our Lady of the Well when he made sick calls.   The people whom Giles met on his begging rounds nicknamed him the “Consoler of Naples.”

In the same year that a power-hungry Napoleon Bonaparte led his army into Russia, Giles Mary of St Joseph ended a life of humble service to his Franciscan community and to the citizens of Naples.   The date was 7 February 1812. Huge crowds turned out for his funeral, lamenting the loss of their Consoler.

His relics are enshrined in an urn next to the icon of Our Lady of the Well in the church of San Pasquale Baylón in Taranto.

He was Canonised on 2 June 1996 by St Pope John Paul II.   His canonisation miracle involved the cure of Mrs Angela Mignogna in 1937. 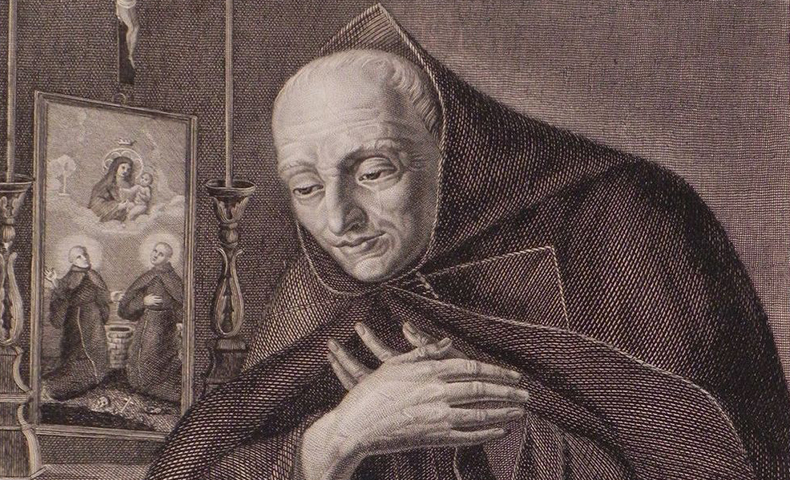