Through him then let us continually offer up a sacrifice of praise to God, that is, the fruit of lips that acknowledge his name. …Hebrews 13:15

“Let us bear all things thankfully, be it poverty, be it disease, be it anything else whatever, for God alone knows the things expedient for us, “for we do not know how to pray as we ought.”

We, then, who do not know even how to ask for what is fitting unless we have received of the Spirit, let us take care to offer up thanksgiving for all things and let us bear all things nobly.

The Church is the only one, the Roman Catholic!
And if there were left upon earth but one Catholic,
he would be the one, universal Church,
the Catholic Church,
the Church of Jesus Christ
against which the gates of Hell shall never prevail.”… 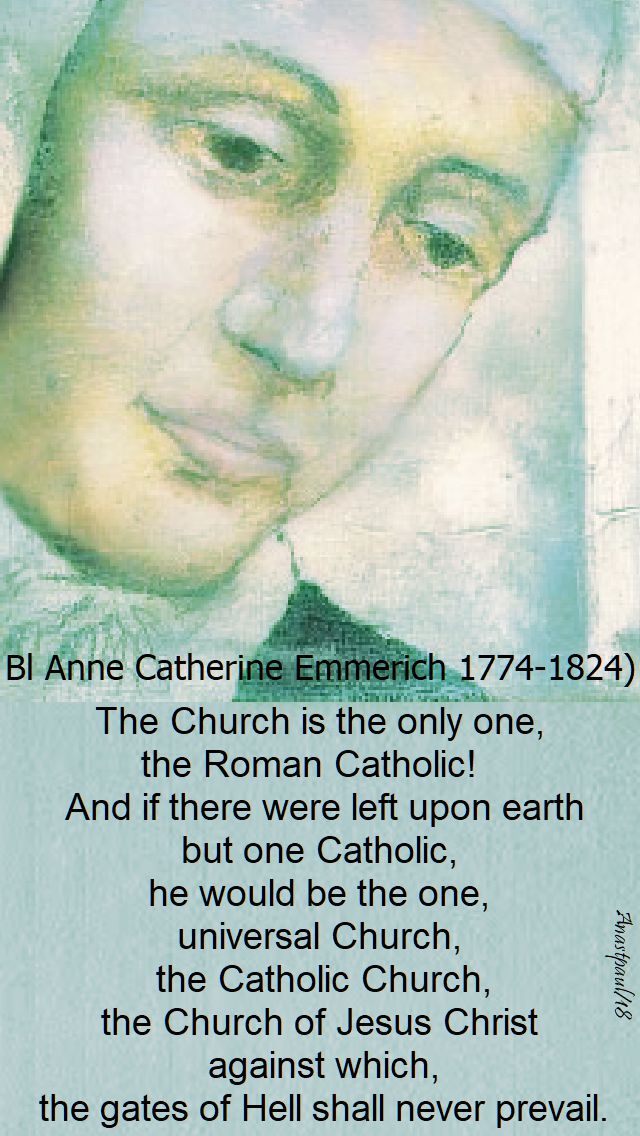 “The heart is rich
when it is content
and it is always content
when its desires
are fixed
on God.” 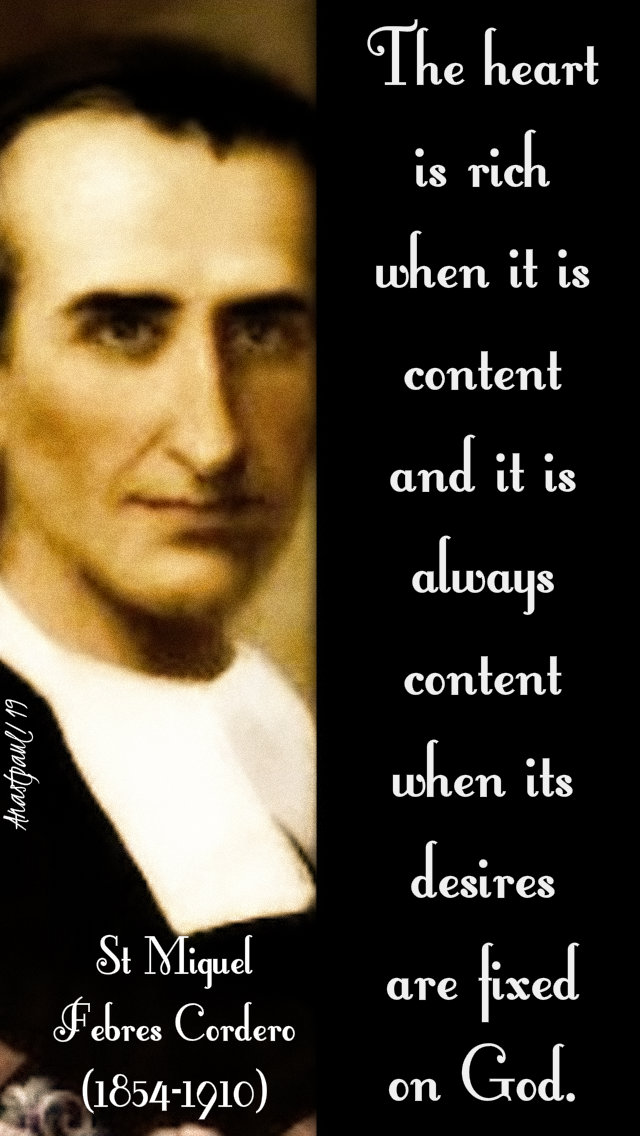 As he went ashore he saw a great throng and he had compassion on them...Mark 6:34 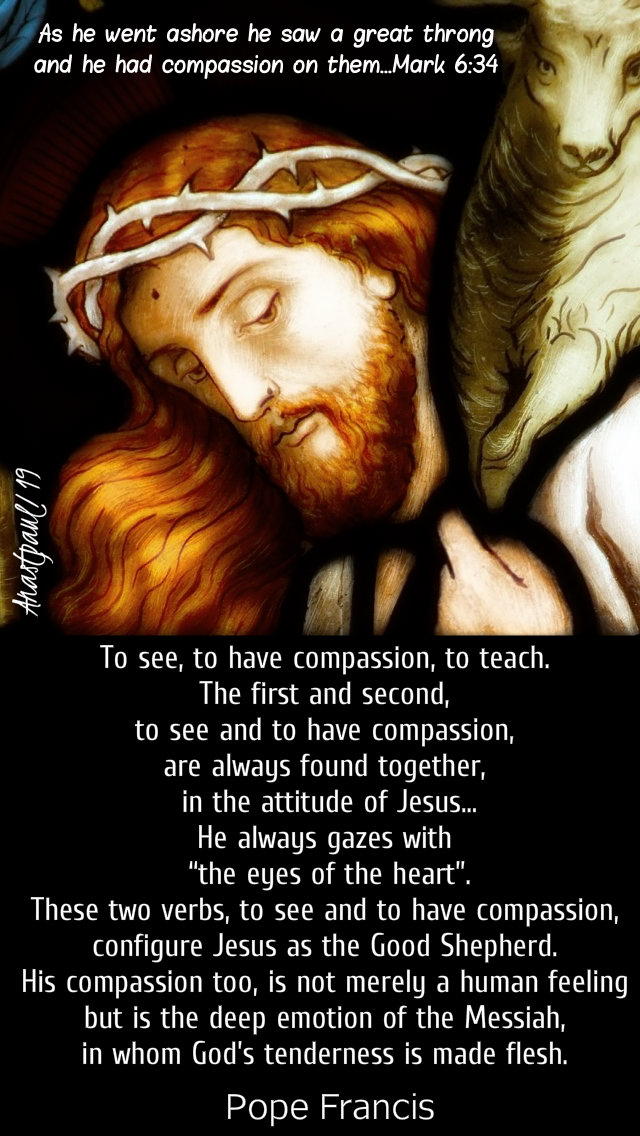 PRAYER – All-powerful, eternal God, splendour of true light and never-ending day, let our striving for Your kingdom not fall short through selfishness or fear, may the universe be alive with the Spirit and our homes be the pledge of the world redeemed.   May our eyes see and our hearts have compassion, to all those who need us.   May the intercession of our Holy Mother, St Apollonia and all the saints, be a strength and a comfort.   Through Jesus, our compassionate and loving Redeemer, with the Holy Spirit, one God with You forever, amen.

Our Morning Offering – 9 February – Saturday of the Fourth week in Ordinary Time, Year C – The Month of the Holy Family

Holy Family of Nazareth,
keep our family safe from all dangers and evil.
May Jesus always be the centre of our life
and of our home.
Grant us peace in this life and in the next.
Jesus, Mary and Joseph,
to you we entrust
the well-being
and salvation of our family.
Amen 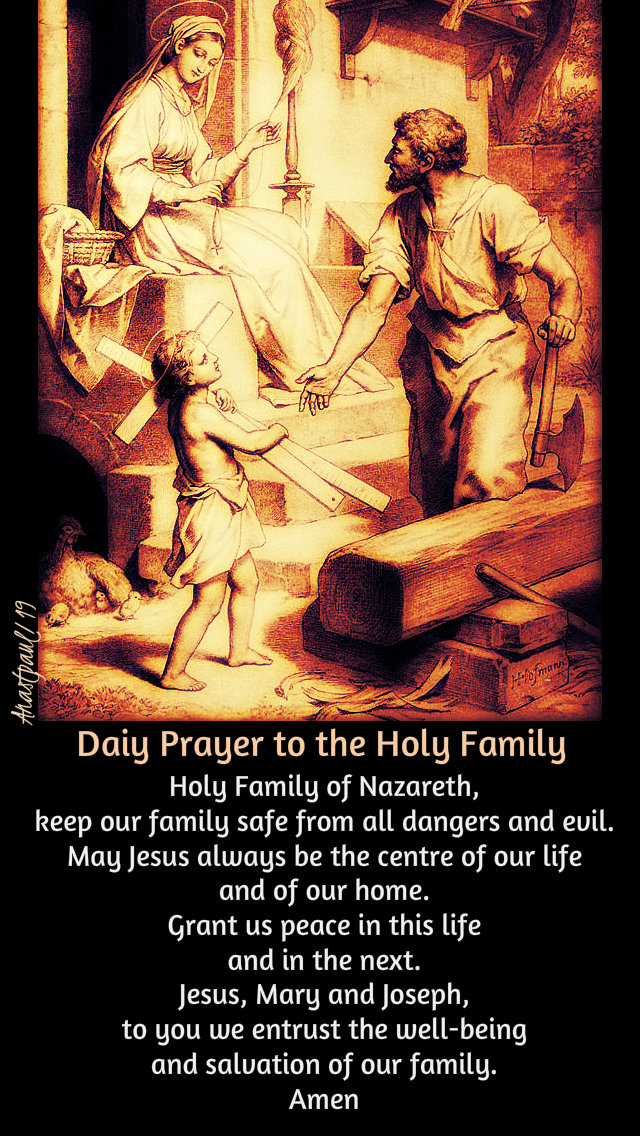 Saint of the Day – 9 February – St Apollonia of Alexandria (Died c 249) Consecrated Virgin Martyr, Deaconess – who was one of a group of virgin martyrs who suffered in Alexandria during a local uprising against the Christians prior to the persecution of Decius.   According to church tradition, her torture included having all of her teeth violently pulled out or shattered.   For this reason, she is popularly regarded as the patroness of dentistry and those suffering from toothache or other dental problems. French court painter Jehan Fouquet painted the scene of St Apollonia’s torture in The Martyrdom of St Apollonia.   Patronages – against tooth disease and toothache, of dental technicians, dentists, 3 cities.

At Alexandria, in 249, the mob rose in savage fury against the Christians.   Metras, an old man, perished first.   His eyes were pierced with reeds and he was stoned to death.   A woman named Quinta was the next victim.   She was led to a heathen temple and bidden worship.   She replied by cursing the false god again and again and she too was stoned to death.   After this the houses of the Christians were sacked and plundered.   They took the spoiling of their goods with all joy.

St Apollonia, an consecrated virgin and Deaconess, was the most famous among the martyrs.   Her teeth were beaten out, she was led outside the city, a huge fire was kindled and she was told she must deny Christ, or else be burned alive.   She was silent for a while and then, moved by a special inspiration of the Holy Spirit, she leapt into the fire and died in its flames. 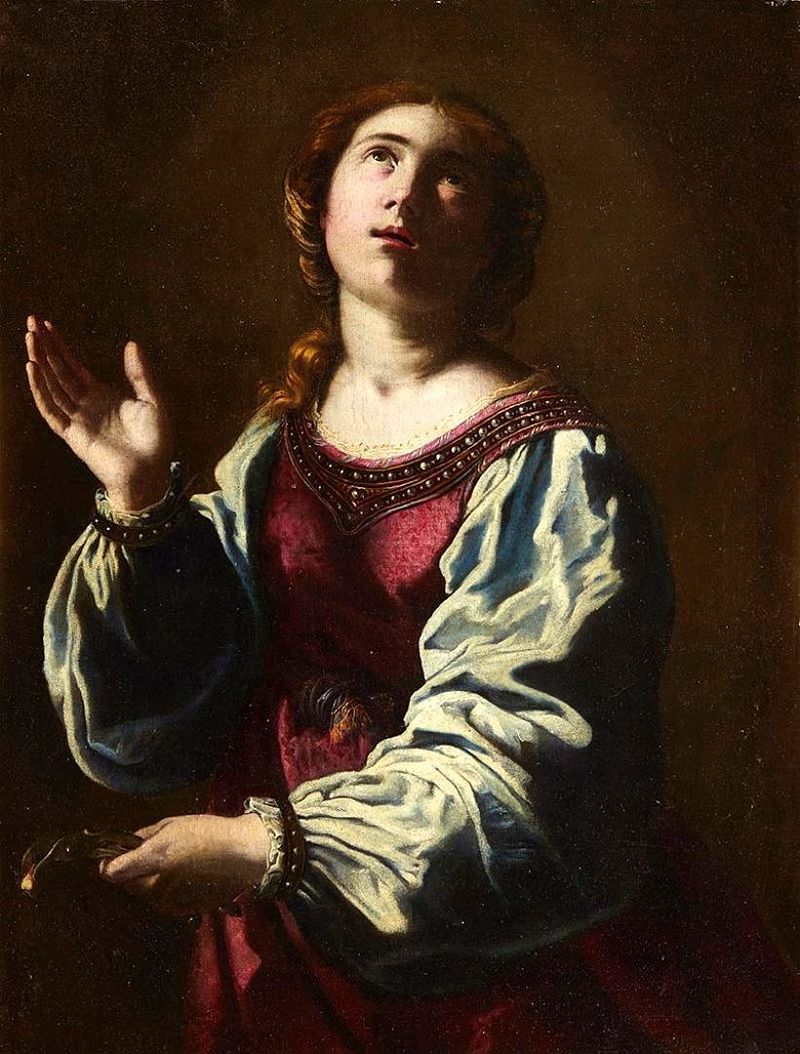 There were indeed many Christians who came, pale and trembling, to offer the heathen sacrifices.   But the judges themselves were struck with horror at the multitudes who rushed to martyrdom.   Women triumphed over torture, till at last the judges were glad to execute them at once and put an end to the ignominy of their own defeat.

St Nebridius of Egara
St Nicephorus of Antioch
St Poëmus of Membressa
St Primus the Deacon
St Raynald of Nocera
St Romanus the Wonder Worker
St Ronan of Lismore
St Sabino of Abellinum
St Sabinus of Canosa
St Teilo of Llandaff
—
Martyrs of Alexandria: An unknown number of Christians who were massacred in church in 4th century Alexandria, Egypt by Arian heretics for adhering to the orthodox faith.

Martyrs of Membressa: A group of 44 Christians martyred together. We know little else about them some names –
• Ammon
• Didymus
• Emilian
• Lassa
• Poemus
They were martyred in Membressa in Africa.