Sunday Reflection – 17 February -“As many as touched him were healed”-Mark 6:56

Even for restoring the dead to life the Saviour did not stop at acting by word alone, though it was the bearer of divine commands.   For such a surpassing work He took his own flesh as His assistant – if one might put it that way – that He might show, that it has the power to give life and that He might cause it to be seen, that it is entirely one with Him.   For it is indeed His very own flesh and not an alien body.

This is what happened when He restored life to the synagogue leader’s daughter, saying to her:  “My child, arise!” (Mk 5:41).   He took her by the hand, as it is written.   As God, He gave her back her life by His all-powerful command and animated her also by contact with His holy flesh.   Thus, He bore witness that, in flesh as in His word, one and the same divine energy was at work.   In the same way, too, when He came to a town called Nain where the widow’s only son was being buried, He touched the coffin, saying: “Young man, I tell you, arise!” (Lk 7:14).

Thus He not only conferred to His word, the power to raise the dead but He even touched the dead, to show that His body is life-giving and, through His flesh, He caused life to pass into their corpses.   If the touch alone of His sacred flesh, restores life to a corrupting body, what profit shall we not discover, in His life-giving Eucharist, when we make of it our food?   It will wholly transform into its own property, which is immortality, those who participate in it.

Commentary on the Gospel of John, ch. 4

“Here I am, the servant of the Lord, let it be according to your word.”

On this day we celebrate the feast of the Seven Holy Founders of the Servite Order- Sts Bonfilius, Bonajuncta, Manettus, Amadeus, Hugh, Sostene and Alexis.

“About the year 1240, while the struggle between Emperor Frederick II and the Apostolic See left Ital­ian cities torn by rival factions, seven Florentine mer­chants decided to retire in solitude to [live] a common life marked by penance and prayer.   They were already members of a lay group, called Servants of Saint Mary and were noted for their special devotion to Our Lady and for a close adherence to the gospel ideal of fraternal love and service to one another and to others, especially the poor and the sick.

“Consequently, they put aside their commercial ac­tivities, left their homes and distributed their personal possessions among the churches and the poor.   The grey cloth commonly worn by penitents became their regular dress.   They moved into a small house outside the city walls where they continued to minister to the spiritual and material needs of those who came to them for help.”

“. . . in the year 1304, Pope Benedict XI definitively approved the Order of Ser­vants of Saint Mary with the Bull ‘Dum levamus.’   He wrote concerning the original spirit of the Order:  ‘Because of the devotion you have for the glorious Blessed Virgin Mary, you have taken her name, humbly calling yourselves her Servants.'”

St Alexius lived to be a hundred years old.   He died on 17 February 1310.   The Seven Holy Founders share a common feast, just as they share a common grave.

It took great courage for these men to leave their prosperous businesses and live a life of prayer and penance.   They had been leaders in society, so their decision to change their way of living caused a stir and inspired others to rethink their values and make some changes in their lives.

Good companions are one of the most powerful helps toward a holy life, for all of us are faced, in a new and urgent way, with the challenge to make our lives decisively centred in Christ.   In this new day, we often find those ‘good companions’ online, let us too band together and live a holy life amidst the dangers around us!

Seven Holy Founders, Pray for Us!

P.S.  – In case you are interested in the Secular Servites, go here: https://secularservites.org/

Every Eucharist is a “Mass on the world.”

Beyond the daily life of the believer, the Eucharist extends its action to the whole cosmos.
As Teilhard de Chardin wrote:
“When He (Christ) says through the priest “This is my body”, His words go well beyond the piece of bread over which they are pronounced:  they effect the birth of the whole Mystical Body.
Beyond the transubstantiated Host, the priestly action extends to the cosmos itself.”

Every Eucharist is a “Mass on the world.” 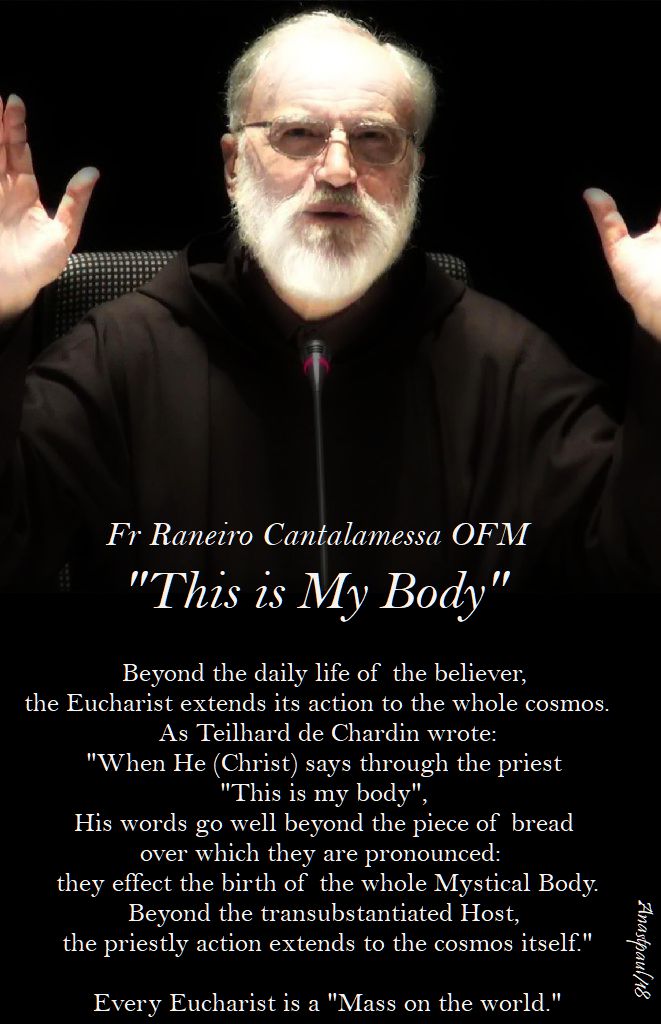 “Blessed are you when men hate you and when they exclude you and revile you and cast out your name as evil, on account of the Son of man!   Rejoice in that day and leap for joy, for behold, your reward is great in heaven;  for so their fathers did to the prophets.” …Luke 6:22-23 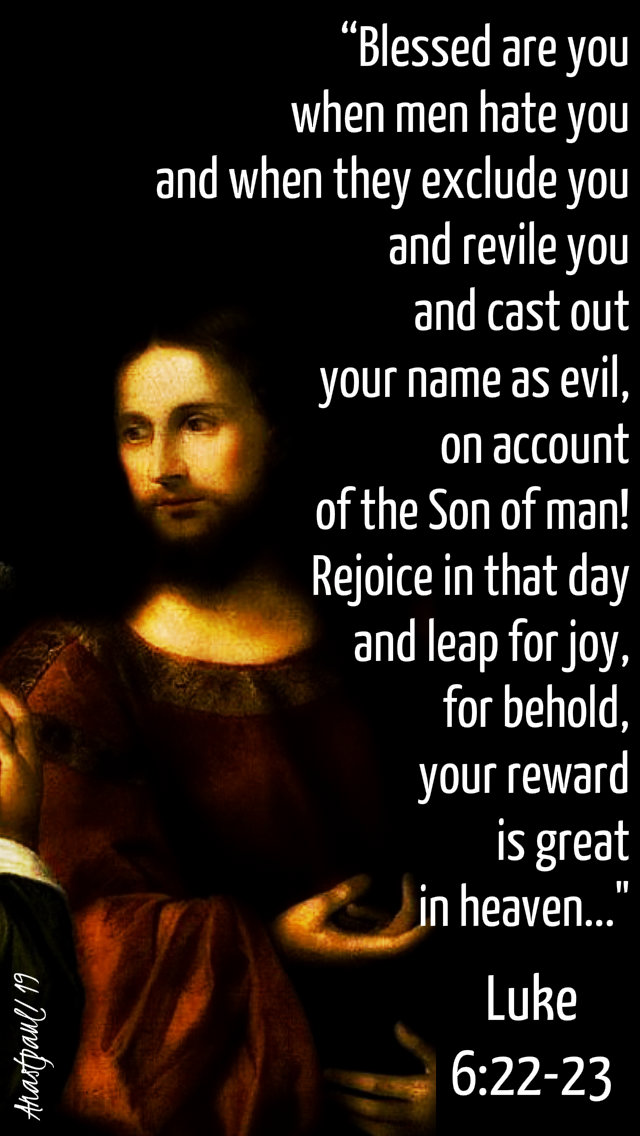 REFLECTION – “O that we could take that simple view of things, as to feel that the one thing which lies before us is to please God!   What gain is it to please the world, to please the great, nay even to please those whom we love, compared with this?   What gain is it to be applauded, admired, courted, followed—compared with this one aim, of not being disobedient to a heavenly vision?   What can this world offer comparable with that insight into spiritual things, that keen faith, that heavenly peace, that high sanctity, that everlasting righteousness, that hope of glory, which they have, who in sincerity love and follow our Lord Jesus Christ?

Let us beg and pray Him, day by day, to reveal Himself to our souls more fully, to quicken our senses, to give us sight and hearing, taste and touch of the world to come – so to work within us, that we may sincerely say, ‘You shall guide me with Your counsel and after that receive me with glory.   Whom have I in heaven but You? and there is none upon earth that I desire in comparison of You. My flesh and my heart fails but God is the strength of my heart and my portion for ever.'”…Blessed John Henry Newman (1801-1890) Sermon on Divine Calls (Plain Sermons) 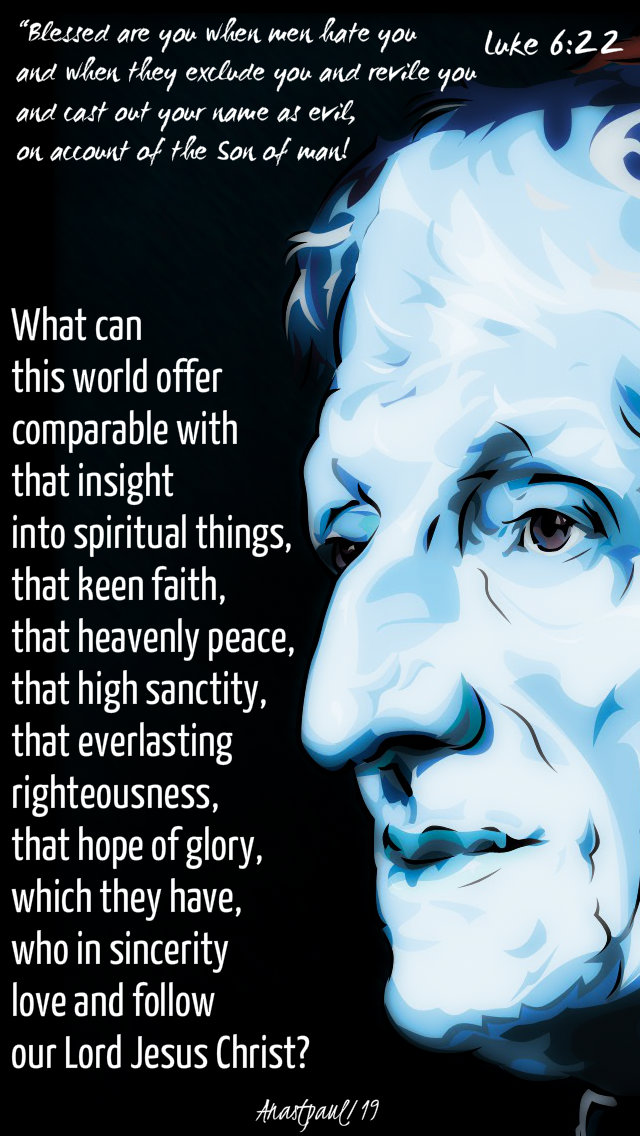 PRAYER – Holy Father, You have given Yourself to us in the Face of Your Divine Son.   You have given Him to us to be our food and our portion.   You have consoled us with His presence on the Altar of Offering and washed us with His blood, day by day, You have sacrificed Him to save us.   Grant us Your grace, we pray, that day by day, we may be strengthened and made holy by this Holy Food you grant us.   May our Holy Mother, be our protection on this journey and may her prayers and the prayers of your saints, grant us courage.   Through Jesus Christ, our Lord and Saviour, in the union of the Holy Spirit, one God with You, for all eternity, amen. 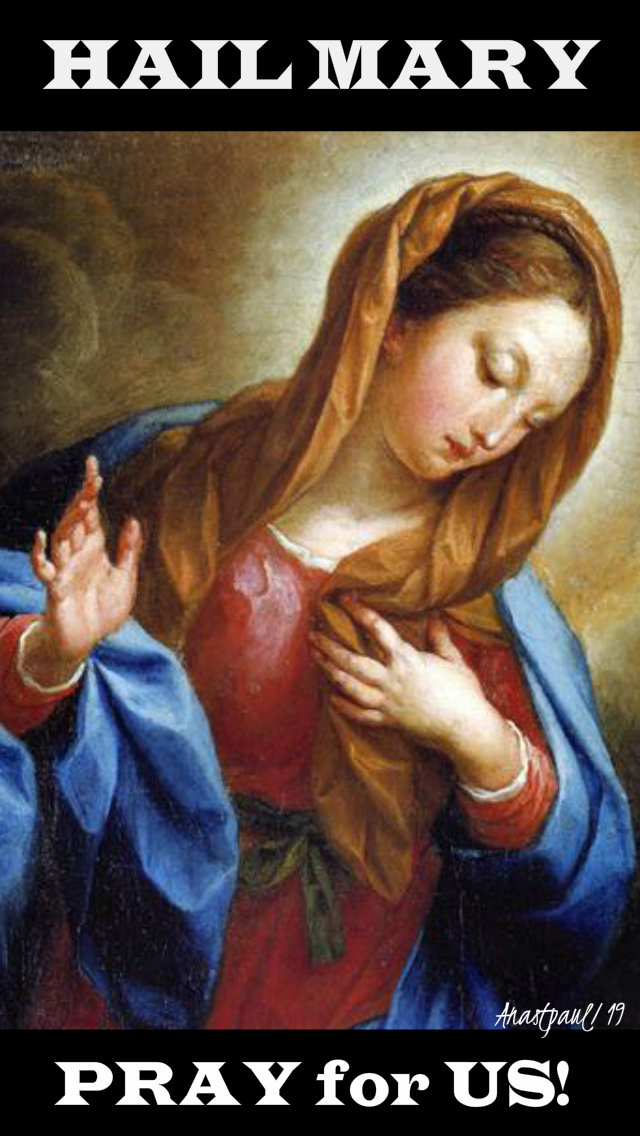 All that we have, O Lord,
comes from You
and belongs to You.
It is just, therefore,
that we return it to You.
But how wonderful are You
in the inventions
of Your immense love!
This bread, which we are offering
to You, is to give place,
in a few moments,
to the Sacred Body of Jesus.
We beseech You, receive, together
with this oblation,
our hearts, which long to live
by You
and to cease to live
their own life of self!
Amen 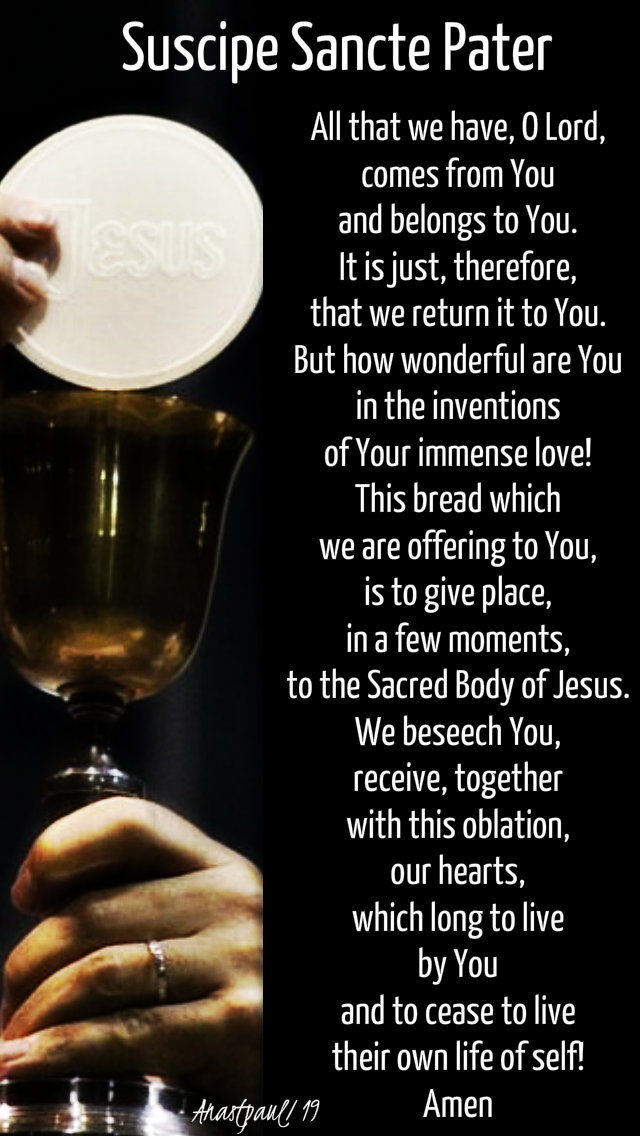 Saint of the Day – 17 February – Blessed Luke Belludi OFM (c 1200- c 1285) – Franciscan Friar, companion of St Anthony of Padua, miracle-woker, founder of convents – born in c 1200 in Padua, Italy and died in c 1285 of natural causes.   His relics reside in the basilica of Saint Anthony in Padua.

In 1220, Saint Anthony (1195-1231) was preaching conversion to the inhabitants of Padua when a young nobleman, Luke Belludi, came up to him and humbly asked to receive the habit of the followers of Saint Francis.   Anthony liked the talented, well-educated Luke and personally recommended him to Francis, who then received him into the Franciscan Order.

Luke, then only 20, was to be Anthony’s companion in his travels and in his preaching, tending to him in his last days and taking Anthony’s place upon his death.   He was appointed guardian of the Friars Minor in the city of Padua.   In 1239, the city fell into the hands of its enemies.   Nobles were put to death, the mayor and council were banished, the great university of Padua gradually closed and the church dedicated to Saint Anthony was left unfinished.   Luke himself was expelled from the city but secretly returned.

At night he and the new guardian would visit the tomb of Saint Anthony in the unfinished shrine to pray for his help.   One night a voice came from the tomb assuring them that the city would soon be delivered from its evil tyrant. 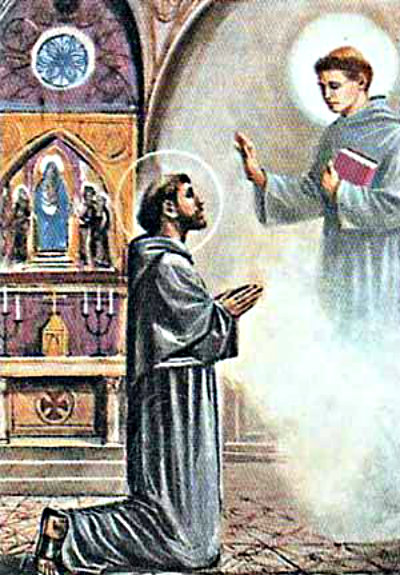 After the fulfilment of the prophetic message, Luke was elected provincial minister and furthered the completion of the great basilica in honour of Anthony, his teacher.   He founded many convents of the order and had, as Anthony, the gift of miracles.   Upon his death he was laid to rest in the basilica that he had helped finish and has had a continual veneration up to the present time.

The epistles refer several times to a man named Luke as Paul’s trusted companion on his missionary journeys.   Perhaps every great preacher needs a Luke – Anthony surely did. Luke Belludi not only accompanied Anthony on his travels, he also cared for the great saint in his final illness and carried on Anthony’s mission after the saint’s death.   Yes, every preacher needs a Luke, someone to offer support and reassurance—including those who minister to us.   We don’t even have to change our names!