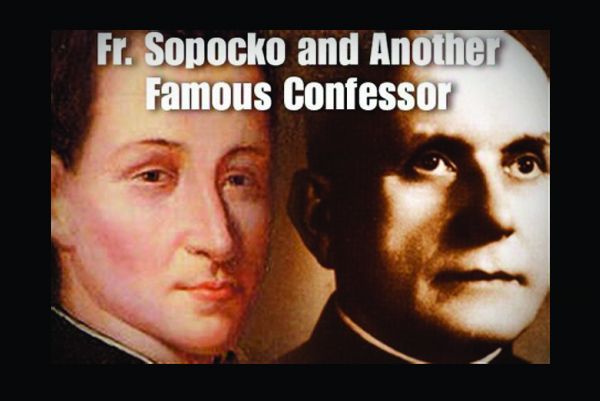 We celebrate the feast day of Blessed Michael Sopoko today, 15 February, which makes for a perfect opportunity to discuss one of the more curious details in the life of St Faustina Kowalska (1905–1938), known today as the Lord’s “secretary” of Divine Mercy.

So what’s so curious?

Amazing parallels can be drawn between St Faustina’s confessor, Blessed Sopoćko and the confessor of another saint — and “secretary” — St. Margaret Mary Alacoque (1647-1690), who received the revelations of the Sacred Heart in the 1670s.

In other words, the similarities between the holy priests Blessed Michael Sopoćko (1888-1975) and St Claude de la Colombiere, SJ (1641-1682), both of whom died today and, therefore, we celebrate their entry into life today.

Blessed Sopoćko , ordained to the priesthood over 100 years ago, served as confessor and spiritual director to St Faustina Kowalska, who received revelations of the Divine Mercy in the 1930s.   Saint Claude served as confessor and spiritual director of St Margaret Mary Alacoque, who received the revelations of the Sacred Heart in the 1670s.

So here is where the parallels begin. Saint Margaret Mary Alacoque, like St Faustina, had doubts at first about her revelations.   For both young women, it was their confessors who played a large role in alleviating their doubts and encouraging them to embrace the special role the Lord seemed to be placing upon them.

But the parallels get even better.   Since St Margaret Mary Alacoque led a cloistered life — quiet and humble — it was her confessor who carried the burden of spreading the Sacred Heart message and devotion to the outside world.   This was the same situation with Fr Sopocko, who led the efforts to introduce the public to Faustina’s powerful private revelations and who arranged for the Lord’s requests of Faustina to be accomplished.   That includes hiring a painter to paint the image of the Merciful Saviour, now among Christianity’s most recognised images.

Of course, when considering how the devotions to Divine Mercy and the Sacred Heart so strongly compliment each other, these details are far more than “curious.”   Certainly, they are Divine Providence at work, right?

Dr Robert Stackpole, STD, director of the St John Paul II Institute of Divine Mercy, a lay apostolate of the Marian Fathers of the Immaculate Conception, notes, “Much like the traditional devotion to the Sacred Heart, our Lord gave to St. Faustina new forms in which His Merciful Heart was to be honoured and new vessels for a fresh outpouring of His grace. Namely, the Image of Divine Mercy; the Chaplet of Divine Mercy and, of course, a new feast for the universal Church — the Feast of Divine Mercy, intended for the Sunday after Easter.”

None of these parallels have escaped the attention of Fr Seraphim Michalenko, MIC, a world-renown expert on the life of St Faustina and the message of Divine Mercy.

He notes that it took 300 years for Fr Claude Colombiere to be canonised.
“And here, Fr Sopoćko died in 1975 and he’s already beatified [in 2008],” Fr Seraphim says.

So what does his rapid rise to the honours of the altar, mean for us?

“That God is in a hurry to get His message out,” says Fr Seraphim. 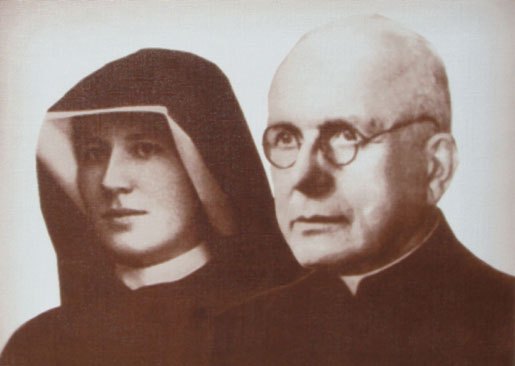 Adapted from the Library Archive of The Divine Mercy – (Felix Carroll Feb 13, 2014)

Read Dr Stackpole’s series that explores the relationship between The Sacred Heart and The Divine Mercy. Part 1, Part 2, Part 3, Part 4, and Part 5.

Blessed Michal Sopoćko, Pray for Us!

Leave a Reply to Stacy A. Cancel reply