Saint of the Day – 8 July – Blessed Peter Vigne (1670-1740) Missionary Priest, Apostle of the Holy Eucharist, of Charity, of Mary, Catechist, tireless missionary and teacher and Founder of the Religious of the Blessed Sacrament – born Pierre Vigne on 20 August in Privas, France and died on 8 July 1740 aged 70, of natural causes. Patronage – the Blessed Sacrament Sisters of Valence.

Peter Vigne was born 20 August 1670 in Privas (France), a small town still feeling the effects of the Wars of Religion from the previous century.   His father, Peter Vigne, an honest textile merchant and his mother, Frances Gautier, married in the Catholic Church, had their five children baptised in the Catholic parish of Saint Thomas, Privas.   Two daughters died in infancy.   Peter and his two older siblings, John-Francis and Eleonore, lived with their parents in relative comfort.

When he was 11 years of age, Peter was chosen by the Parish Priest to act as a witness, signing the parish register for Baptisms, Marriages or Deaths.

After receiving a good level of education and instruction, towards the end of his teenage years, his life was suddenly transformed by a new awareness of the presence of Jesus Christ in the Eucharist.   This experience led him to centre his life on Jesus, who offered Himself on the Cross for love of us and in the Eucharist, never ceases to give Himself to all men.   In 1690, he entered the Sulpician Seminary in Viviers.   Ordained a priest on 18 September 1694 in Bourg Saint Andeol by the Bishop of Viviers, he was sent as curate to Saint-Agreve where, for six years he exercised his priestly ministry, in friendship with his Parish Priest and beloved by his parishioners. 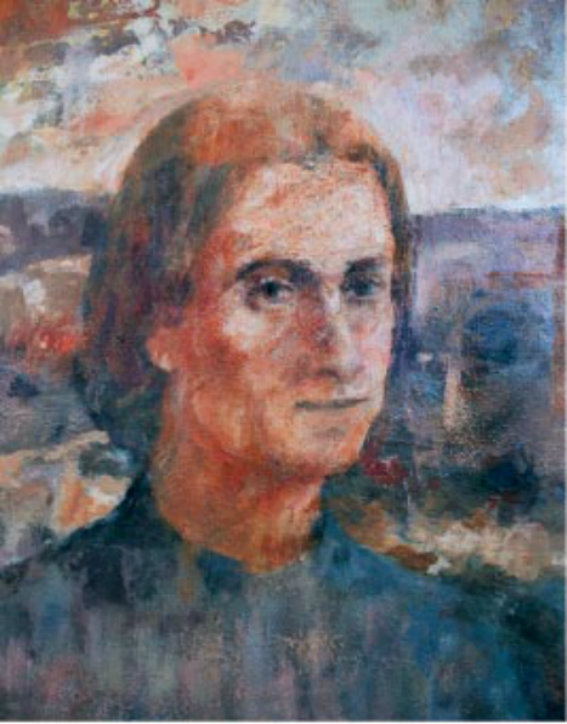 Always attentive to discern in life’s events what the Lord was asking of him, he felt called elsewhere.   With understandable hesitancy in the beginning and then with increasing certitude, he pursued his spiritual itinerary along new paths.   His desire to work as a missionary among the poor was central to his decision to join the Vincentians in Lyon, in 1700.   There, he received a solid formation in poverty and in conducting “popular missions” and with his fellow priests began visiting towns and villages in the work of evangelisation.   In 1706, he left the Vincentians of “his own free will”.   Now more than ever he was passionate for the salvation of souls, especially for the poor people living in the countryside.   After a period of searching, his vocation took shape with increasing clarity.   He became an “itinerant missionary” applying his own pastoral methods, whilst submitting his ministry to the authorisation of his hierarchical superiors.

For more than thirty years he tirelessly travelled on foot or on horseback the ways of Vivarais and Dauphiné and even further ahead.   He faced the fatigue of being constantly on the move, as well as severe weather conditions, in order to make Jesus known, loved and served.   He preached, visited the sick, catechised the children, administered the sacraments, even going as far as carrying “his” confessional on his back, ready at all times to celebrate and bestow the Mercy of God.   He celebrated Mass, exposed the Blessed Sacrament and taught the faithful the prayer of Adoration.   Mary, “Beautiful Tabernacle of God among men” was also given a place of honour in his prayer and his teaching.

In 1712, he came to Boucieu-le-Roi, where the terrain favoured the erection of a Way of the Cross.   With the help of parishioners he constructed 39 stations throughout the village and countryside, teaching the faithful to follow Jesus from the Upper Room to Easter and Pentecost.   Boucieu became his place of residence.   There, he gathered together a few women, charging them to “accompany the pilgrims” on the Way of the Cross and help them to pray and meditate.

It was there that he founded the Congregation of the Sisters of the Blessed Sacrament.  On 30 November 1715, in the church at Boucieu, he gave them the cross and the religious habit.   He invited them to assure continuous adoration of Jesus present in the Eucharist and to live together in fellowship.   Anxious to give the youth access to instruction, thus helping them grow in their faith and Christian values, Peter Vigne opened schools and also established a “Training School” for teachers.

Such a challenging and busy lifestyle needed some support.   For that reason, whenever Peter Vigne was in Lyon on business, he never failed to call on his former seminary tutors, the priests of Saint Sulpice, to meet his confessor and spiritual director.   Drawn by the Eucharistic spirituality of the Priests of the Blessed Sacrament, founded by Monsignor d’Authier de Sisgaud, he was accepted as an associate member of this society of priests, on 25 January 1724, in Valence and benefited by their spiritual and temporal help. 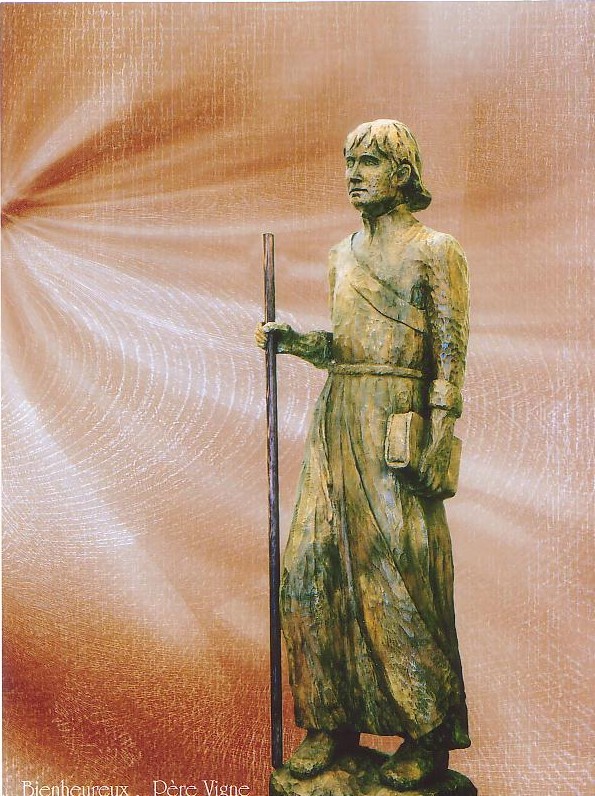 Whilst continuing to accompany his young Congregation, Peter Vigne persisted with his apostolic works and to make the fruits of his missions more available, he found time to write books  – rules to live by, works of spirituality, especially the one entitled, “Meditations on the Most Beautiful Book, Jesus Christ Suffering and Dying on the Cross”.

The physical strength of our pilgrim for God, the demands of his apostolic activities, the long hours he spent in adoration and his life of poverty, bear witness not only to a fairly robust physique but above all to a passionate love of Jesus Christ who loved His own to the end (cf. John 13:1).

At the age of 70, the effects of exhaustion began to show.   During a mission at Rencurel, in the Vercors mountains, he was taken ill and had to interrupt his preaching.   Despite all his efforts to celebrate the Eucharist one more time and encourage the faithful to love Jesus, feeling his end was near, he expressed once again his missionary zeal, then withdrew in quiet prayer and reflection.   A priest and two Sisters came in haste to accompany him in his final moments.   On 8 July 1740, he went to join the One he had so loved, adored and served.   His body was taken back to its final resting place in the little church in Boucieu where it remains to this day…Vatican.va

St Pope John Paul II declared that he lived a life of heroic virtue and proclaimed him to be Venerable on 7 July 2003. That same pope beatified him after the recognition of a miracle on 3 October 2004.