Saint of the Day – 23 February – Saint Josephine/Giuseppina Vannini (1859-1911) “A woman of prayer and sacrifice” – Religious Sister and Founder together with Blessed Louis (Luigi) Tezza MI (Camillian) (1 November 1841 – 26 September 1923), of the religious congregation known as the Daughters of Saint Camillus, of which Order she is the Patron.   Born as Giuditta Vannini on 7 July 1859 at Rome and died on 23 February 1911 (aged 51) in Rome of natural causes.

Giuditta Vannini was born on 7 July 1859 in Rome as the second of three children to the cook Angelo Vannini and Annunziata Papi, her two siblings were Giulia and Augusto. Her Baptism was celebrated on 8 July and she was given the Baptismal names “Giuditta Adelaide Agata.”   The children were orphaned after her father died on 18 August 1863 when she was four and her mother, when she was seven (her mother remarried on 11 May 1865 but died on 6 November 1866).   She was separated from her siblings when she was sent to the Torlonia orphanage at Via Sant’Onofrio in Rome under the guidance of the Vincentian Sisters until 1883.   Her brother was sent to live with their maternal uncle while her sister was sent to the Sisters of Saint Joseph.   Both her First Communion and Confirmation were celebrated on 19 March 1873.   Vannini obtained a diploma as a kindergarten teacher but settled instead on the religious life.

Vannini entered the Vincentian Sisters on 3 March 1883 to become a professed religious and commenced her novitiate period in Siena but she was forced to leave due to ill health in 1887. Vannini had returned to Rome to recuperate and then in 1888 decided to resume her religious formation. But after she returned to Siena her health was deemed unsuitable for the rigours of the order.

It was sometime later that she would meet Luigi Tezza (in a confessional when she sought his advice) on 17 December 1891 at the end of a spiritual retreat she was attending.   Bl Tezza desired the establishment of an all-female religious congregation dedicated to caring for the sick and dying and asked if Vannini would be interested in joining him.    Giudetta accepted Tezza’s offer after discerning and reflecting on her vocation and the two began to form a group to serve as the basis for their congregation. The decisive moment came on 19 March 1892 when she and two companions received the scapular and the religious habit of the Camillian tertiaries and on 19 March 1893 professed her private vows as “Giuseppina”.   Her perpetual religious profession was made sometime later on 8 December 1895, after she had established, with Tezza, the Daughters of Saint Camillus.   She was made it’s Superior General.   Her profession was made in private since her initial application for ecclesiastical approval of the order had been rejected.

She and Tezza faced difficulties, when Pope Leo XIII decided not to allow for the opening of new religious congregations added to the unjust slander directed at Tezza which led to the Cardinal Vicar of Rome Pietro Respighi sending him to Lima in Peru in 1900 to exercise his pastoral mission there – he is now called “The Apostle of Lima” so great was his work there.   This new development prompted the leadership of the order to fall to Vannini alone but she would maintain correspondence with Tezza until her death.   The congregation received formal approval on 21 June 1909 as an order of Diocesan right. 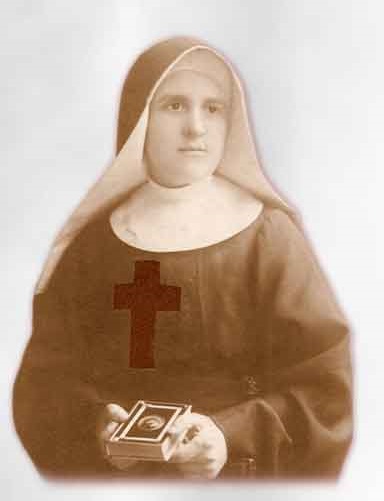 In 1910 she visited the order’s Italian houses and those in France before suffering from a fatal heart disease.  Giuseppina died during the evening on 23 February 1911 in her bed in Rome.   Her remains were interred in Rome but later relocated to the order’s Motherhouse in Grottaferrata.   The congregation received the decree of praise on 25 February 1922 from Pope Pius XI and received Papal approval from Pius XI a decade later on 17 June 1931.

The plan of the co-Founder Fr Tezza, was to set up a female Congregation with the same charism of his Order which “expresses itself and is realised in the spiritual and corporal works of mercy towards the sick,” practised with a vow “even at the risk of one’s own life” as the fourth vow of the Congregation.   The healing activity of Jesus for the sick occupies a very large and essential part in the Gospel and it becomes a great sign of the salvific mission of Jesus, the Messiah.    Their mission is inseparably united with the Redemptive mission of Christ.

“Cure the sick, save the souls” is the motto of the Congregation.   In response to this special charism the order recognises the Crucified Christ in the sick and in the person who suffers.   “In this presence of Christ among the sick and in us, who serve in His name they find the basis of our spirituality.”

Therefore, the main legacy the St Josephine left her sisters, was the pure and simple physical and spiritual care of the sick, exercised at home as in hospitals, leprosariums and nursing homes, both in European rehabilitation centres and in mission countries.

In late 2005 there were 823 religious in a total of 97 houses in places in Europe such as Poland and Portugal.   The congregation also operates in Latin America in countries such as Argentina and Mexico and in Africa in Benin and Burkina Faso.

Her Beatification process opened in the 1950s though its formal introduction came in the late 1970s at which point she became titled as a Servant of God, she became titled as Venerable in 1992 upon papal confirmation of her heroic virtue.   St Pope John Paul II presided over Vannini’s Beatification on 16 October 1994.   Pope Francis confirmed her canonisation in mid-2019 and Canonised her as a Saint in Saint Peter’s Square on 13 October 2019, together with St John Henry Newman, amongst others. 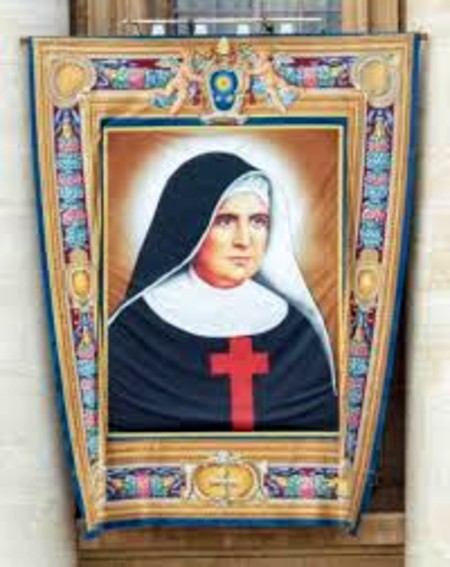