Our Lady, Mother of Africa: (Feast) North Africa, the land of Saints Monica, Augustine, among others, as part of Roman Empire began to become Christian in the 3rd century under Emperor Constantine. It remained Christian until the Arab invasions in later centuries.   The French re-established themselves early in the 19th century.
The first bishop, Bishop Dupuch found it impossible to build a church because the local population was hostile to the French.   He went back to France for assistance.   The Sodality of Our Lady in Lyon offered to the bishop a bronze statue of the Immaculate Conception with the understanding that she would be the Protectress of both the Mohammedans and the natives.   It was brought from France in 1840 and was entrusted to the Cistercian monks of Staueli.   Later, Cardinal Lavigiers, founder of the White Sisters, enshrined it in the new basilica at Algiers, where in 1876 the image was crowned. This bronze statue, very dark in colour, is known as Our Lady of Africa.
Pilgrims began to come to venerate the image where the lame, the blind and the crippled were miraculously healed and sailors came also, to beg for protection of their long and perilous voyages.   At this and other North African shrines the veneration given to Mary by Mohammedans is very marked. This feast commemorates the crowning of the Algiers statue. 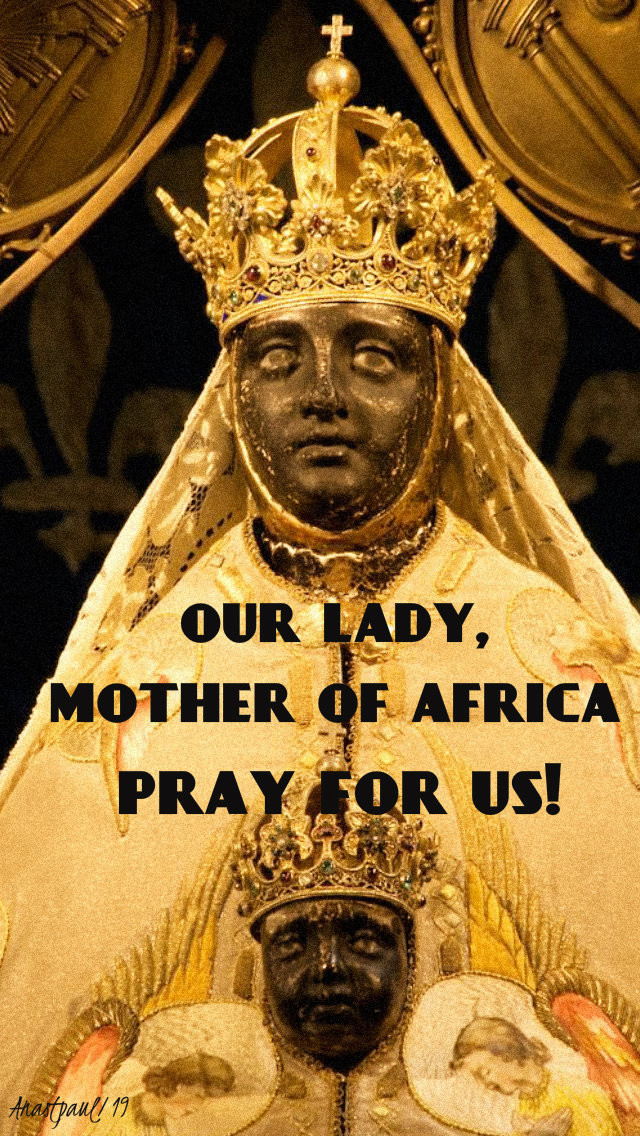