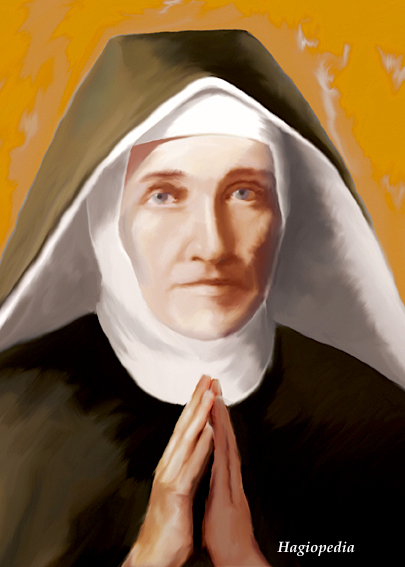 Maria Caterina Troiani was born in Giuliano di Roma in 1813 as the third of four children.   She was born in the Napoleonic period.

She approached the Bishop of Ferentino and asked him if she could be received into a convent as a nun.   She lived and learned the Franciscan path with Saint Francis of Assisi as a guide and dedicated herself – with her fellow noviates – to education and the care of girls.

On 8 December 1829 she took the religious habit of the institute and changed her name to “Maria Teresa of Saint Rose” in honour of Saint Rose of Viterbo.

Sr Maria had a great desire for Missionary work, especially in Africa.   In 1852 the Apostolic Vicar of Egypt requested that a Franciscan institute be opened in Cairo with the aim of providing education and vocational training to poor girls.

She and four others left on 25 August 1859, first to Rome, where they met with Pope Pius IX 4 September who blessed them before their departure.   The five embarked at Civitavecchia and Father Giuseppe Modena accompanied them.   The group arrived in Malta to learn that the Apostolic Vicar of Egypt had suddenly died.   On 14 September the group entered Cairo. 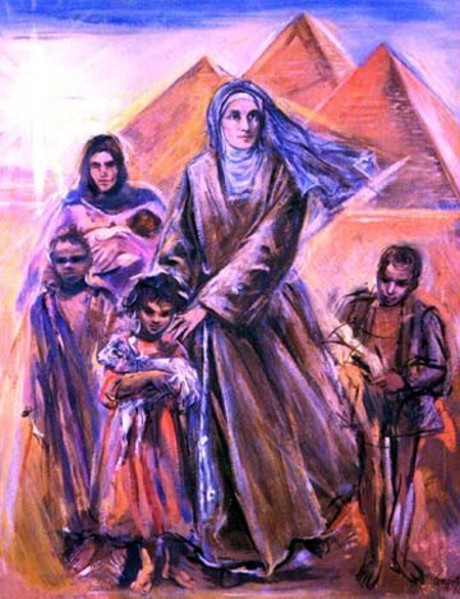 In 1868 various agreements between the Order of Friars Minor and the Congregation of Propaganda Fide ensured that the institution she established in Cairo was named as the Third Order Franciscan Sisters of Cairo.   It was later renamed the Franciscan Missionary Sisters of Egypt, only to be changed in 1950 to its current name.   She was it’s Mother Superior until her death.

She died in 1887 and was buried in Cairo.   Her remains were exhumed and moved to Rome on 3 November 1967.   Pope Leo XIII had held her in high esteem and wished her to be reinterred in her home country.

St Pope John Paul II Beatified her on 14 April 1985 at St Peter’s.   The cause of Canonisation continues, with a second miracle under investigation at present.