Saint of the Day – 24 February – Blessed Thomas Mary Fusco and Tommaso Maria Fusco (1831-1891).   Priest, Founder, Apostle of Charity, Apostolic Missionary, Spiritual Director, Confessor, Preacher, Writer, Blessed Thomas was born on 1 December 1831 at Pagani, Salerno, parish of San Felice e Corpo di Cristo, diocese of Nocera-Sarno, Italy and he died on 24 February 1891 of a chronic liver disease at the age of 59.   He was Beatified on 7 October 2001 by St Pope John Paul II.   The beatification miracles involved the healing of Mrs Maria Battaglia on 20 August 1964 in Sciacca, Agrigento, Sicily.   Patronages – of Daughters of Charity of the Most Precious Blood.

Thomas Mary Fusco, the seventh of eight children, was born on1 December 1831 in Pagani, Salerno, in the Diocese of Nocera-Sarno, Italy, to Dr Antonio, a pharmacist and Stella Giordano, of noble descent.   They were known for their upright moral and religious conduct and taught their son Christian piety and charity to the poor.   He was baptised on the day he was born in the parish of St Felice e Corpo di Cristo.   In 1837, when he was only six years old, his mother died of cholera and a few years later, in 1841, he also lost his father.   Fr Giuseppe, an uncle on his father’s side and a primary school teacher, then took charge of his education.

Since 1839, the year of the canonisation of St Alphonsus Mary de’ Liguori, little Tommaso had dreamed of church and the altar;  in 1847 he was at last able to enter the same diocesan seminary of Nocera which his brother Raffaele would leave after being ordained a priest in 1849.   On 1 April 1851, Tommaso Maria received the sacrament of Confirmation and on 22 December 1855, after completing his seminary formation, he was ordained a priest by Bishop Agnello Giuseppe D’Auria.

In those years, sorrowful because of the loss of his loved ones, including his uncle (1847) as well as his young brother, Raffaele (1852), the devotion to the Patient Christ and to his Blessed Sorrowful Mother, already dear to the entire Fusco family, took root in Tommaso Maria, as in fact his biographers recall:  “He had a deep devotion to the crucified Christ which he cherished throughout his life”.

Right from the start he saw to the formation of boys for whom he opened a morning school in his own home, while for young people and adults, bent on increasing their human and Christian formation, he organised evening prayers at the parish church of St Felice e Corpo di Cristo.  This was a true place of conversion and prayer, just as it had been for St Alphonsus, revered and honoured in Pagani for his apostolate. 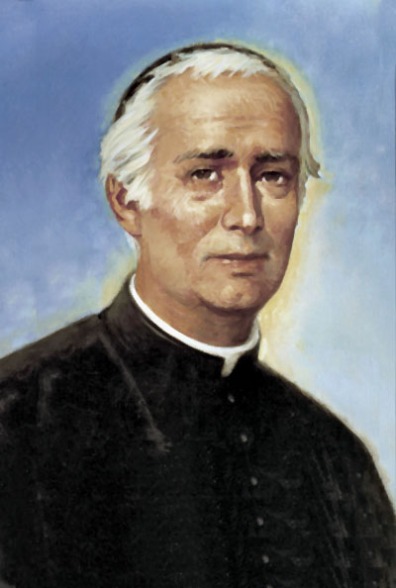 In 1857, he was admitted to the Congregation of the Missionaries of Nocera under the title of St Vincent de Paul and became an itinerant missionary, especially in the regions of Southern Italy.   In 1860 he was appointed chaplain at the Shrine of our Lady of Carmel (known as “Our Lady of the Hens”) in Pagani, where he built up the men’s and women’s Catholic associations and set up the altar of the Crucified Christ and the Pious Union for the Adoration of the Most Precious Blood of Jesus.

In 1862 he opened a school of moral theology in his own home to train priests for the ministry of confession, kindling enthusiasm for the love of Christ’s Blood;  that same year, he founded the “(Priestly) Society of the Catholic Apostolate” for missions among the common people;  in 1874 he received the approval of Pope Pius IX, now blessed.

Deeply moved by the sorry plight of an orphan girl, a victim of the street, after careful preparation in prayer for discernment, Fr Tommaso Maria founded the Congregation of the “Daughters of Charity of the Most Precious Blood” on 6 January, the Solemnity of Epiphany in 1873.   This institute was inaugurated at the Church of Our Lady of Mount Carmel, in the presence of Bishop Raffaele Ammirante, who, with the clothing of the first three sisters with the religious habit, blessed the first orphanage for seven poor little orphan girls of the area.   It was not long before the newborn religious family and the orphanage also received the Pope’s blessing, in response to their request.

Fr Tommaso Maria continued to dedicate himself to the priestly ministry, preaching spiritual retreats and popular missions;   and from his apostolic travels sprang the many foundations of houses and orphanages that were a monument to his heroic charity, which was even more ardent in the last 20 years of his life (1870-1891).

In addition to his commitments as founder and apostolic missionary, he was parish priest (1874-1887) at the principal church of St Felice e Corpo di Cristo in Pagani, extraordinary confessor to the cloistered nuns in Pagani and Nocera and, in the last years of his life, spiritual father of the lay congregation at the Shrine of Our Lady of Mount Carmel. 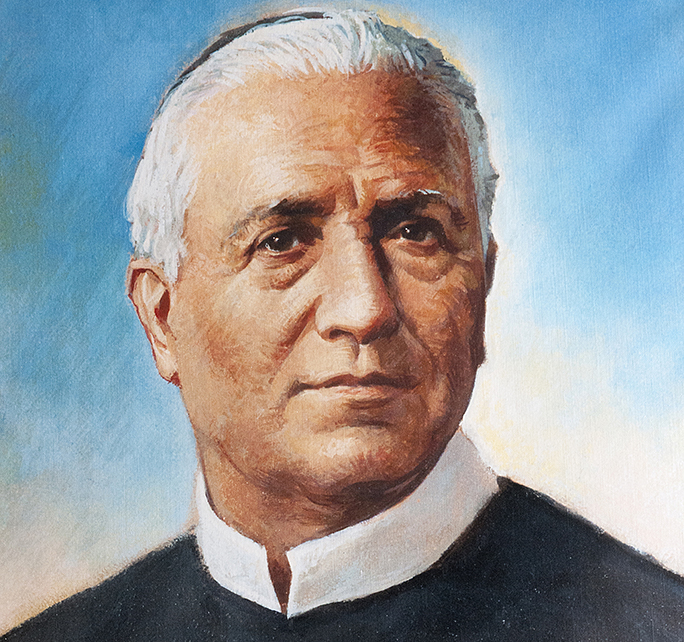 It was not long before Fr Tommaso Maria, envied for the good he achieved in his ministry and for his life as an exemplary priest, was faced with humiliation and persecution and, in 1880, even a brother priest’s slanderous calumny.    However, sustained by the Lord, he lovingly carried that cross which his own Pastor, Bishop Ammirante had foretold at the time of his institute’s foundation:  “Have you chosen the title of the Most Precious Blood? Well, may you be prepared to drink the bitter cup”.

During the harshest of trials, which he bore in silence, he would repeat:  “May work and suffering for God always be your glory and in your work and suffering, may God be your consolation on this earth and your recompense in heaven.   Patience is the safeguard and pillar of all the virtues”.

Wasting away with a liver-disease, Fr Tommaso Maria died a devout death on 24 February 1891, praying with the elderly Simeon:  “Lord, now let your servant depart in peace, according to your word” (Lk 2, 29).

He was only 59 years old!   In the notice issued by the town council of Pagani on 25 February 1891 the Gospel witness of his life, known to one and all, was summarised in these words:  “Tommaso Maria Fusco, Apostolic Missionary, Founder of the Daughters of Charity of the Most Precious Blood, an exemplary priest of indomitable faith and ardent charity, worked tirelessly in the name of the Redeeming Blood for the salvation of souls: in life he loved the poor and in death forgave his enemies”.

His life was directed to the highest devotion of Christian virtues by the priestly life, lived intensely in constant meditation on the mystery of the Father’s love, contemplated in the crucified Son whose Blood is “the expression, measure and pledge” of divine Charity and heroic charity to the poor and needy, in whom Fr Tommaso Maria saw the bleeding Face of Jesus.   His writings, preaching and popular missions marked his vast experience of faith and the light of Christian hope that shone from his vocation and actions. He had a vital, burning love for God; it enflamed his words and his apostolate, made fruitful by love for God and neighbour, by union with the crucified Jesus, by trust in Mary, Immaculate and Sorrowful, and above all by the Eucharist.

Fr Tommaso Maria Fusco was an Apostle of Charity of the Most Precious Blood, a friend of boys and girls and young people and attentive to every kind of poverty and human and spiritual misery.   For all these reasons he enjoyed the fame of holiness among the diocesan priests, among the people and among his spiritual daughters who received his charism and witness to it today in the various parts of the world where they carry out their apostolate in communion with the Church.

With his beatification, St Pope John Paul II presents Fr Tommaso Maria Fusco as an example and a guide to holiness for priests, for the people of God and for his spiritual daughters, the Daughters of Charity of the Most Precious Blood…vatican.va 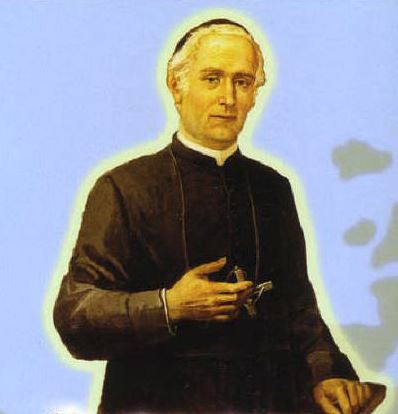