Blessed Peter of Luxemburg, descended both by his father and mother from the noblest families in Europe, was born in Lorraine in the year 1369.   When still a schoolboy twelve years of age, he went to London as a hostage for his brother, who had been taken prisoner.   The English were so won by Peter’s holy example that they released him at the end of the year, taking his word the ransom would be paid.   King Richard II of England invited him to remain at his court but Peter returned to Paris, determined to have no master but Christ.

Because of his prudence and sanctity, at the early age of fifteen he was appointed bishop of Metz.   He made his public entry into his see barefoot and riding on a donkey.   He governed his diocese with all the zeal and prudence of maturity and divided his revenues in three parts — for the Church, the poor and lastly, his household.   His charities often left him personally destitute;  only twenty pence would remain to him when he died. 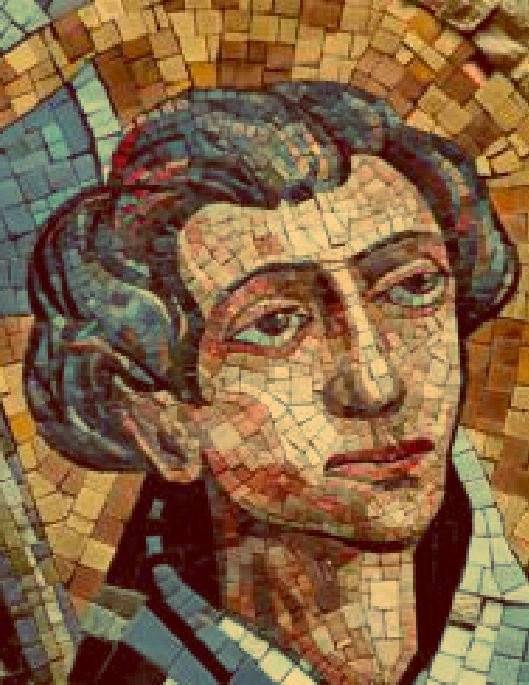 Created Cardinal of Saint George, his austerities in the midst of court life were so severe that he was ordered to moderate them.   Peter replied, I shall always be an unprofitable servant but I can at least obey.   Ten months after this last promotion he fell ill with a fever;  he lingered for some time in a sinking condition, his holiness increasing as he drew near his end.   Blessed Peter, it was believed, never stained his soul by mortal sin, yet as he grew in grace his holy contempt for self became more and more intense.  When he had received the last sacraments, he forced his attendants each in turn to scourge him for his faults and then lay silent until he died.   The year was 1387 and the Cardinal-Saint was only 18 years old.

God was pleased to glorify His servant after his death.   Among other miracles attributed to him the following one is related.   On 5 July 1432, a child about twelve years old was killed when he fell from a high tower in the palace of Avignon, upon a sharp rock.   The father, distraught with grief, picked up the scattered pieces of the skull and brains and carried them in a sack, with the mutilated body of his son, to Blessed Peter’s shrine. There, with many tears, he besought the Saint’s intercession.   After a time the child returned to life and he was set upon the altar for all to see.   In honour of this miracle, the city of Avignon chose Blessed Peter as its patron Saint.   The image below shows Bl Peter as the Patron of Avignon. 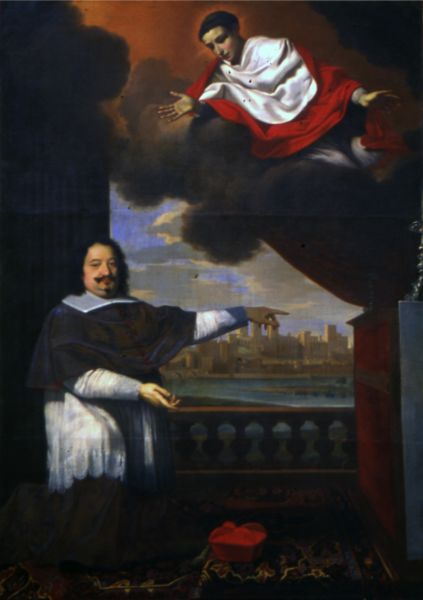