One day, while seated at his table of books and money, Jesus looked at Matthew and said two words:   “Follow me.”   This was all that was needed to make Matthew rise, leaving his pieces of silver to follow Christ.   His original name, “Levi,” in Hebrew signifies “Adhesion” while his new name in Christ, Matthew, means “Gift of God.”   The only other outstanding mention of Matthew in the Gospels is the dinner party for Christ and His companions to which he invited his fellow tax-collectors.   The Jews were surprised to see Jesus with a publican but Jesus explained that he had come “not to call the just but sinners.”

Although relatively little is known about the life of St Matthew, the account he wrote of Christ’s ministry – traditionally considered to be the first of the four Gospels – is of inestimable value to the Church, particularly in its verification of Jesus as the Messiah. 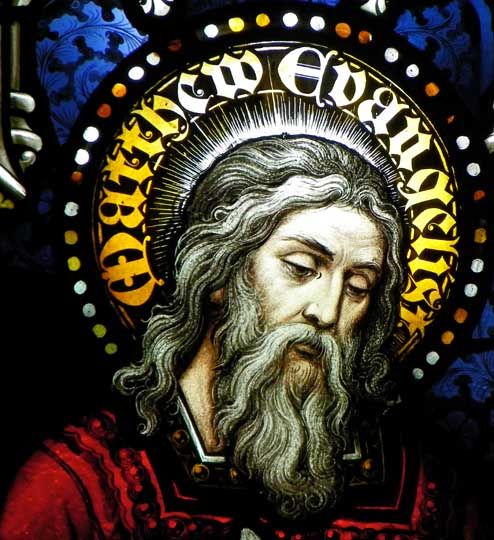 The Gospel accounts of Mark and Luke, like Matthew’s own, describe the encounter between Jesus and Matthew under the surprising circumstances of Matthew’s tax-collecting duties.   Jewish publicans, who collected taxes on behalf of the Roman rulers of first-century Judea, were objects of scorn and even hatred among their own communities, since they worked on behalf of the occupying power and often earned their living by collecting more than the state’s due. 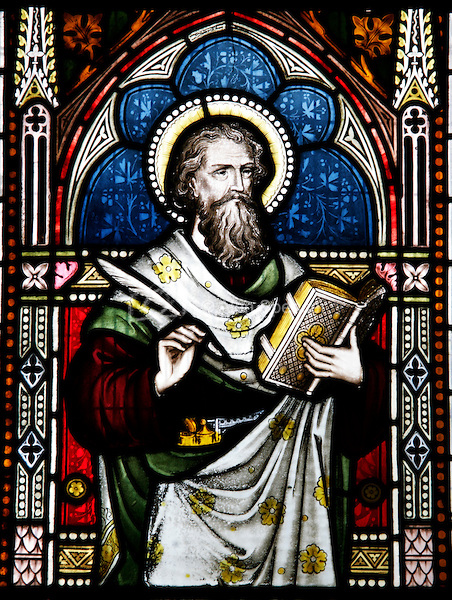 Jesus most likely first encountered Matthew near the house of Peter, in Capernaum near the Sea of Galilee.   The meeting of the two was dramatic, as Matthew’s third-person account in his Gospel captured:  “As Jesus passed on,” the ninth chapter recounts, “he saw a man named Matthew sitting at the customs post.   He said to him, ‘Follow me’.   And he got up and followed him.”

Matthew’s calling into Jesus’ inner circle was a dramatic gesture of the Messiah’s universal message and mission, causing some religious authorities of the Jewish community to wonder:  “Why does your teacher eat with tax collectors and sinners?” Jesus’ significant response indicated a central purpose of his ministry:   “I did not come to call the righteous but sinners.” 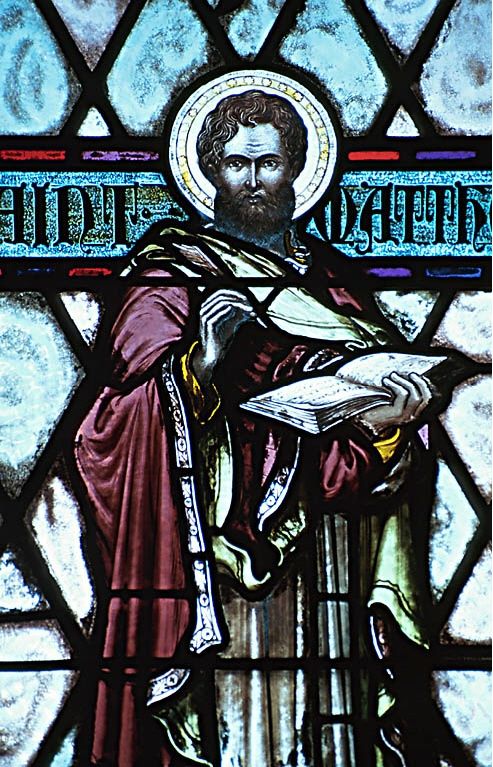 A witness to Christ’s resurrection after death, as well as his ascension into heaven and the events of Pentecost, Matthew also recorded Jesus’ instruction for the apostles to “go, therefore, and make disciples of all nations, baptising them in the name of the Father, and of the Son and of the holy Spirit, teaching them to observe all that I have commanded you.”

Like 11 of the 12 apostles, St Matthew is traditionally thought to have died as a martyr while preaching the Gospel.   The Roman Martyrology describes his death as occurring in a territory near present-day Egypt. 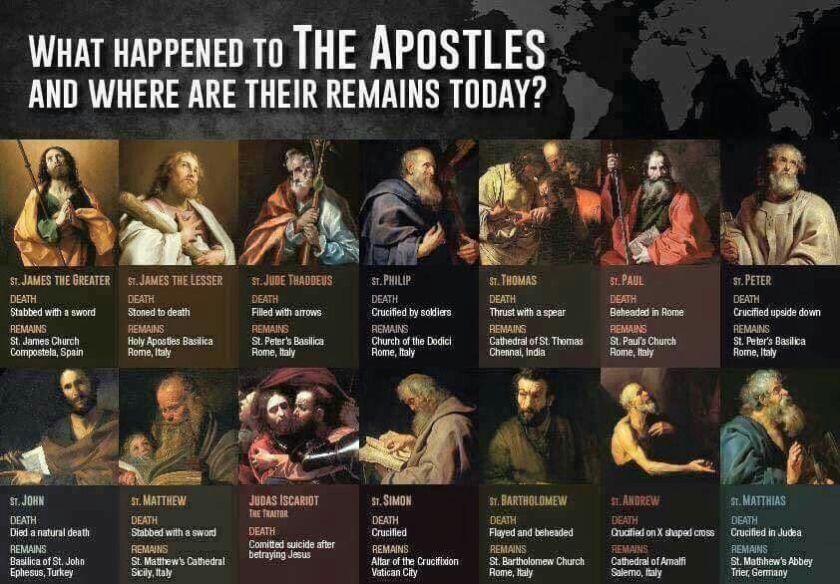 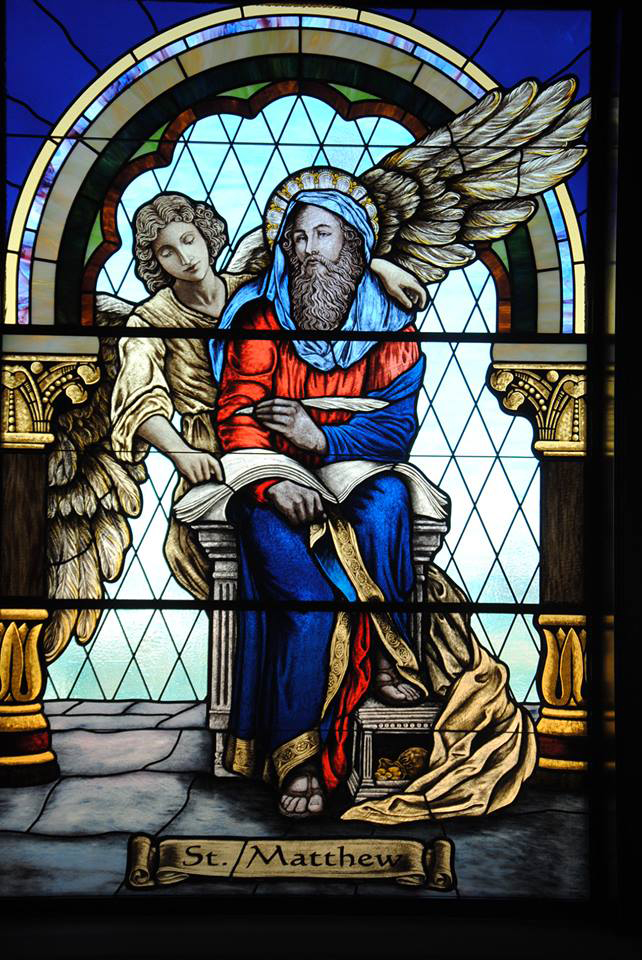 Both the saint himself and his Gospel narrative, have inspired important works of religious art, ranging from the ornate illuminated pages of the Book of Kells in the ninth century, to the Saint Matthew Passion of J.S. Bach.   Three famous paintings of Caravaggio depicting St Matthew’s calling, inspiration and martyrdom, hang within the Contarelli Chapel in Rome’s Church of St Louis of the French. 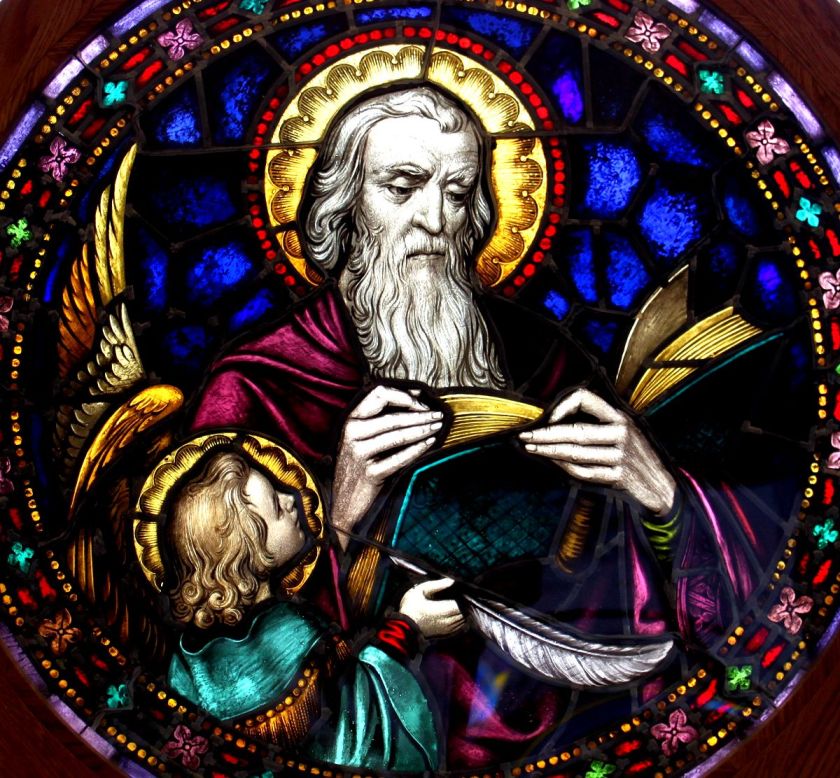 Reflecting on St Matthew’s calling, from the pursuit of dishonest financial gain to the heights of holiness and divine inspiration, Pope Benedict said in 2006 that “in the figure of Matthew, the Gospels present to us a true and proper paradox:  those who seem to be the farthest from holiness can even become a model of the acceptance of God’s mercy and offer a glimpse of its marvellous effects in their own lives.” 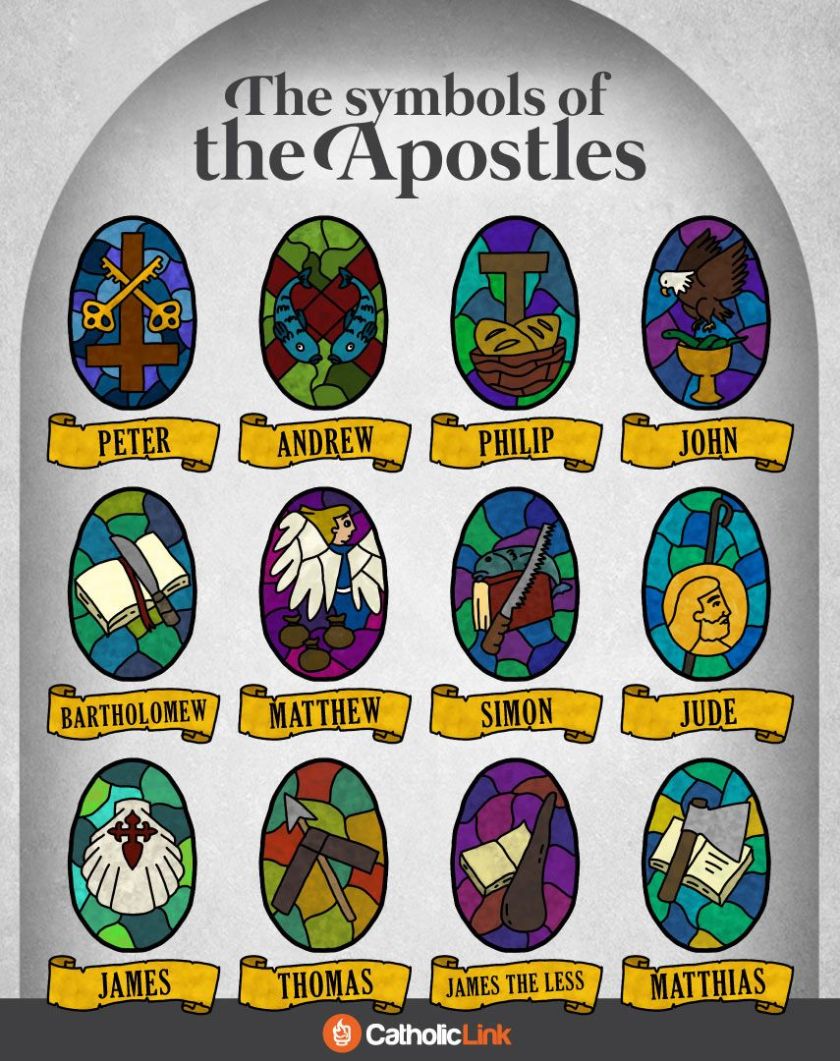