Saint of the Day – 1 April – Saint Lodovico Pavoni FMI (1784-1849) Priest, Founder of the Sons of Mary Immaculate which came to be known also as the “Pavoniani, “ Pioneer in vocational schools, known as the “Forerunner of St John Bosco” – born on 11 September 1784 at Brescia, Italy and died on Palm Sunday, 1 April 1849 at Saianco, Italy of natural causes.   The figure of Pavoni is of a Saint who made a great impact by his work on behalf of youth and persons most in need of support (deaf, disabled, orphans and the poor) while also contributing to the renewal of contemplative life.    Patronages – Sons of Mary Immaculate, Vocational and Trade schools.

Blessed Lodovico Pavoni was born in Brescia on 11 September 1784 and, after 30 years of service to young people, died in Saiano, outside Brescia, on 1 April 1849.  For 30 years he followed his inspiration to serve the needs of the young boys on the streets with positive methods of education.   He began by opening his own oratory (catechetical and recreation centre) that in 1821 he expanded it into a hostel for their shelter and a school to teach them a trade.   In 1825 he founded a religious congregation of priests and brothers to run the educational and industrial activities that grew out of his intuition.

Lodovico was a lively and bright child, interested in the world around him and quick to grasp the social problems of his day.   He prepared for the priesthood by receiving his theological formation at the home of the Dominican, Fr Carlo Domenico Ferrari, future Bishop of Brescia.   During the Napoleonic era in Italy (1799-1814), the French Emperor closed seminaries.   In Brescia, in 1807, he was Ordained a Priest and first launched the oratory.   A book by Pietro Schedoni, Moral Influences, listed the reasons for the “rebellion” of young boys – leaving inadequate schooling for a job, bad influences of adult workers, poverty and peer pressure.   The author confirmed Lodovico in his personalist approach – to concentrate on the personal and social formation of the young, with a positive and preventative approach. 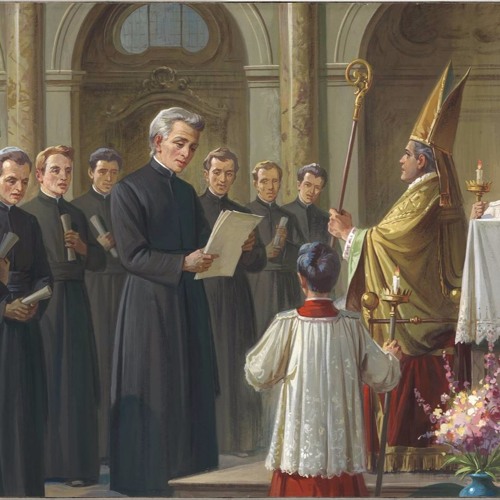 In 1812 when appointed secretary to Bishop Gabrio Nava, he received permission to continue with his “oratory”.   In 1818, he was named rector of the Church of St Barnabas with permission to found an orphanage and a vocational school that in 1821 became the “Institute of St Barnabas.”   Lodovico decided that the first trade would be book publishin, to this end, in 1823 he set up “The Publishing House of the Institute of St Barnabas,” the precursor of today’s Ancora press.   The boys could also choose to be carpenters, silversmiths, blacksmiths, shoemakers, experts in tool and dye making.   In 1823, Fr Pavoni welcomed the first deaf mutes to the school.   He purchased a farm to set up an Agricultural School. 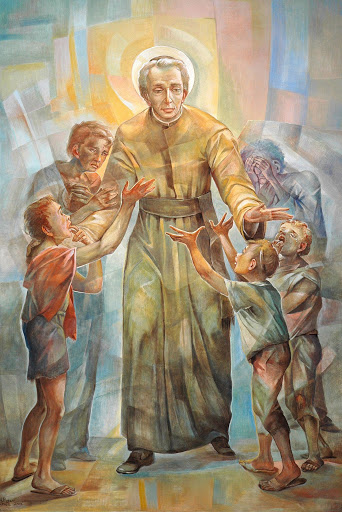 In 1825 he established a religious institute to continue his work.   In 1843 Pope Gregory XVI authorised it for Brescia.   On 11 August 1847, the Brescia Vicar Capitular, Msgr Luchi, established the Congregation of the Sons of Mary Immaculate or “Pavoniani.”   On 8 December 1847, Lodovico and the first members made their religious profession.

On 24 March 1849, during the “Ten-Days” when Brescia rebelled against the Austrians and both sides were ready to pillage the city, Bl Lodovico, who had taken care of citizens during a cholera epidemic, performed his last heroic act of charity when he led his boys to safety, to the novitiate on the hill of Saiano, 12 kilometres away.   A week later he died at the dawn of Palm Sunday, 1 April 1849 as Brescia was in flames.   Lodovico’s ideal of education was a broad one, to dispose a person in his wholeness to be good.   Fifty years before “Rerum novarum”, he grasped the religious significance of social justice and set an example by his own dealings with his employees. 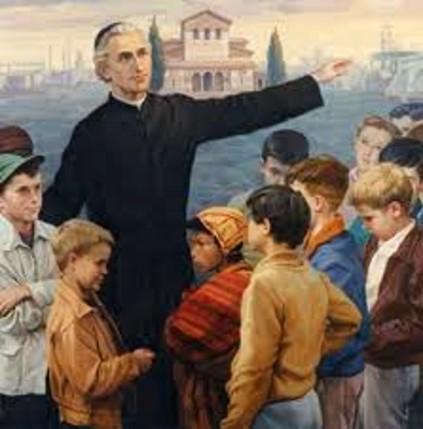 Like St John Bosco after him, Pavoni’s used encouraging and preventative methods – he preferred gentleness to severity.   He used to say, “Rigorism keeps Heaven empty”.

His Congregation numbers 210 members in six nations:  Brazil, Colombia, Eritrea, Germany, Italy and Spain.   They still publish books  . In Rome they run the Ancora bookstore outside St Peter’s Square.   As of 2008 there were 34 houses and out of the 210 religious there were 107 of them being Priests…. Vatican.va

There are many reasons why Pavoni can be considered a precursor.   Long before Don Bosco or Don Murialdo, Pavoni saw in the phenomenon of juvenile neglect, one of the great dramas that characterised the age of transition, between the old regime and industrialised society.   He understood, that the only way of redemption, was through holistic education of the person.   Religious education was his fundamental objective but Pavoni saw professional training, as the way that best covers all aspects of the person.

Pavoni was not an teacher but he had a real educational method, which is characterised by an emphasis on prevention.   There are many modern congregations that consider it a point of reference.

The centrality of the Christian faith, love for each person, the importance of work as an instrument of human and social development, clear rules within an organisation but implemented as in a family, attention to personal relationship and recourse to reason, rather than imposition, – these are the components of a plan that aims to equip young people with the necessary tools to develop a balanced personality and to recognise their social role, before the impact of the social situation drives them, inexorably to the margins. 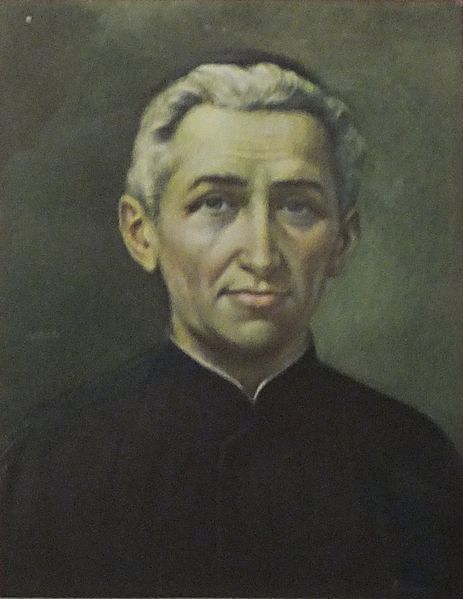 In the decree of 5 June 1947 Pope Pius XII described Pavoni as “another Philip Neri, the precursor of St John Bosco and the perfect emulator of St Joseph Cottolengo.”   This authoritative judgement has now received the most solemn approval and recognition of a second miracle with the Canonisation of St Lodovico Pavoni on 16 October 2016 by Pope Francis.

“This Jesus,God has raised Him up and of that we are all witnesses” (Acts 2:32).   The interior consciousness, that became a burning and invincible faith, guided the spiritual and Priestly experience of Lodovico Pavoni, Priest, Founder of the Congregation of the Sons of Mary Immaculate.   Gifted with a particularly sensitive spirit, he was totally comitted to the care of poor and abandoned youngsters and even deaf-mutes.   His activity branched out in many directions, from that of education to the publishing sector, with original apostolic intuitions and courageous innovations.   At the basis of everything, there was a solid spirituality.   By his example, he exhorts us to place our confidence in Jesus and to be, ever more immersed, in the mystery of His love. “– from the Beatification homily by St Pope John Paul II on Sunday, 14 April 2002. 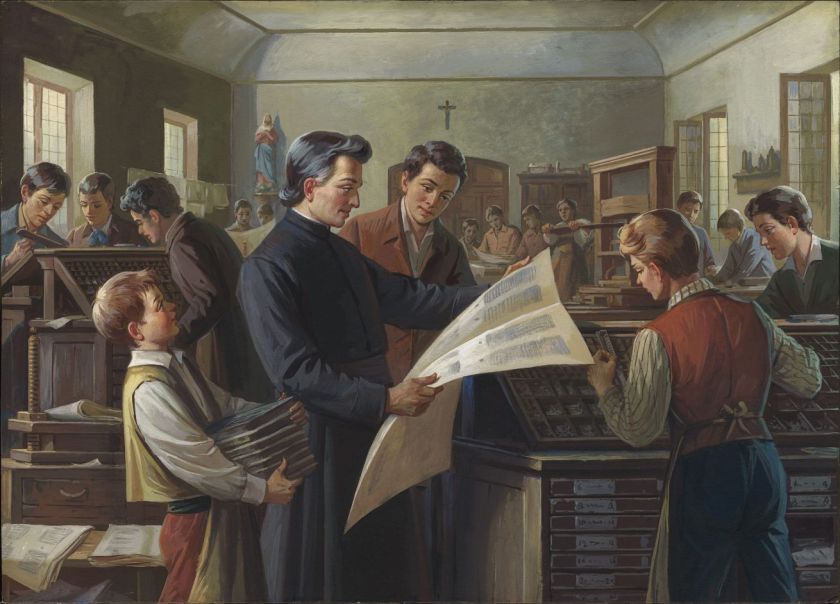