And behold, Jesus met them on their way and greeted them.
They approached, embraced his feet and did him homage. … Matthew 28:9

REFLECTION – “When the third day dawned of the Lord’s sacred repose in the tomb (…) Christ, the “power and Wisdom of God” (1 Cor 1:24), with the author of death lying prostrate, conquered even death itself and opened to us access to eternity, when He raised Himself from the dead by His divine power in order to make known to us the paths of life.

Then there was a great earthquake, for an angel of the Lord came down from heaven, with raiment like snow and his countenance like lightening.   He appeared attractive to the devout and severe to the wicked – for he terrified the soldiers and comforted the timid women, to whom the Lord Himself first appeared after rising, because their intense devotion so merited.   Then He was seen by Peter, then by the disciples going to Emmaus, then by all the apostles except Thomas.   Later He presented Himself to be touched by Thomas, who proclaimed his faith:  “My Lord and my God.”   And thus, during forty days, He appeared in many ways to His disciples, both eating and drinking with them.

He enlightened our faith with proofs and lifted up our hope with promises, so as finally to enkindle our love with gifts from heaven.” … St Bonaventure (1217-1274) Doctor of the Church 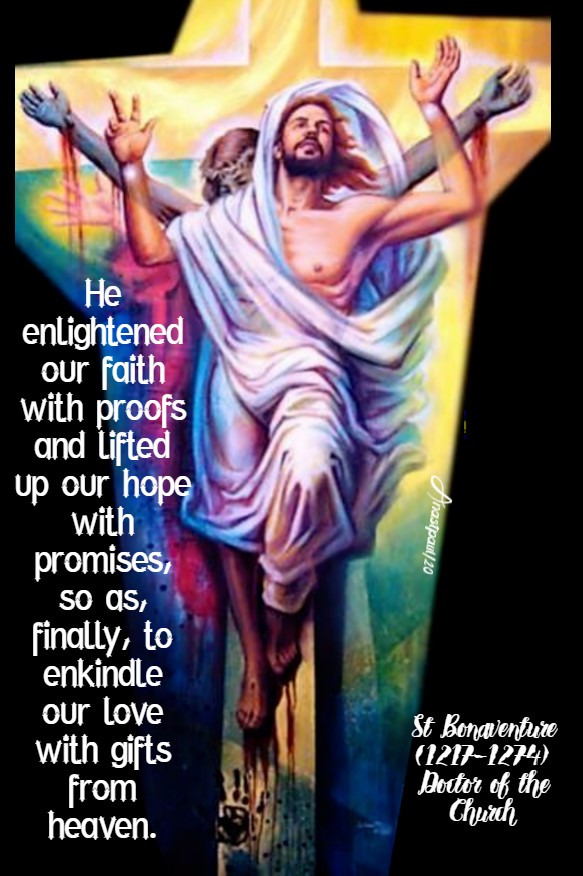 PRAYER – Almighty, ever-living God, whose only-begotten Son, descended to the realm of the dead and rose from there in glory, grant that Your faithful people, who were buried with Him in Baptism, may, by His Resurrection, obtain eternal life.   With Mary His Mother, who in her sorrow remained with Him at the Cross and by whose prayers we receive succour, grant that we too will be with Him in glory.   Through Christ our Lord and Redeemer, with the Holy Spirit, God forever, amen. 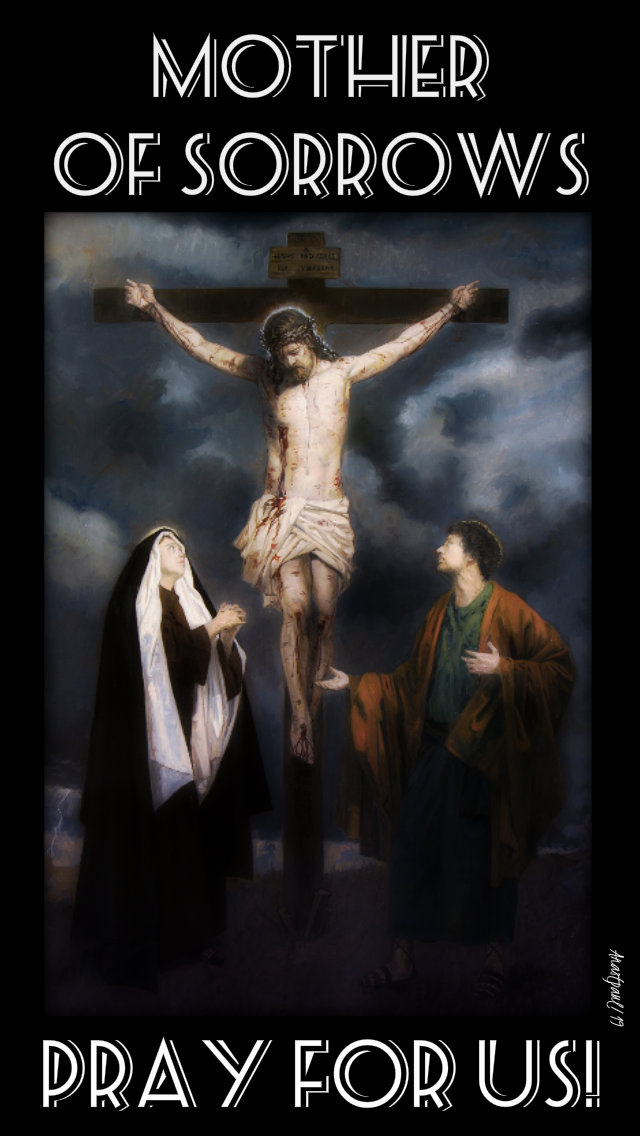