Especially known for his devotion to the Holy Name of Jesus, Bernardine devised a symbol—IHS, the first three letters of the name of Jesus in Greek–in Gothic letters on a blazing sun.   This was to displace the superstitious symbols of the day, as well as the insignia of factions:  for example, Guelphs and Ghibellines.   The devotion spread and the symbol began to appear in churches, homes and public buildings.

“The name of Jesus is the glory of preachers
because the shining splendour of that Name
causes His word to be proclaimed and heard.
And how do you think such an immense, sudden
and dazzling light of faith came into the world,
if not because Jesus was preached?
Was it not through the brilliance and sweet savour
of this Name that God called us into His marvelous light?
When we have been enlightened and in that same light
behold the light of heaven, rightly may the apostle Paul say to us:
‘Once you were darkness but now you are light in the Lord;
walk as children of light.’ “ 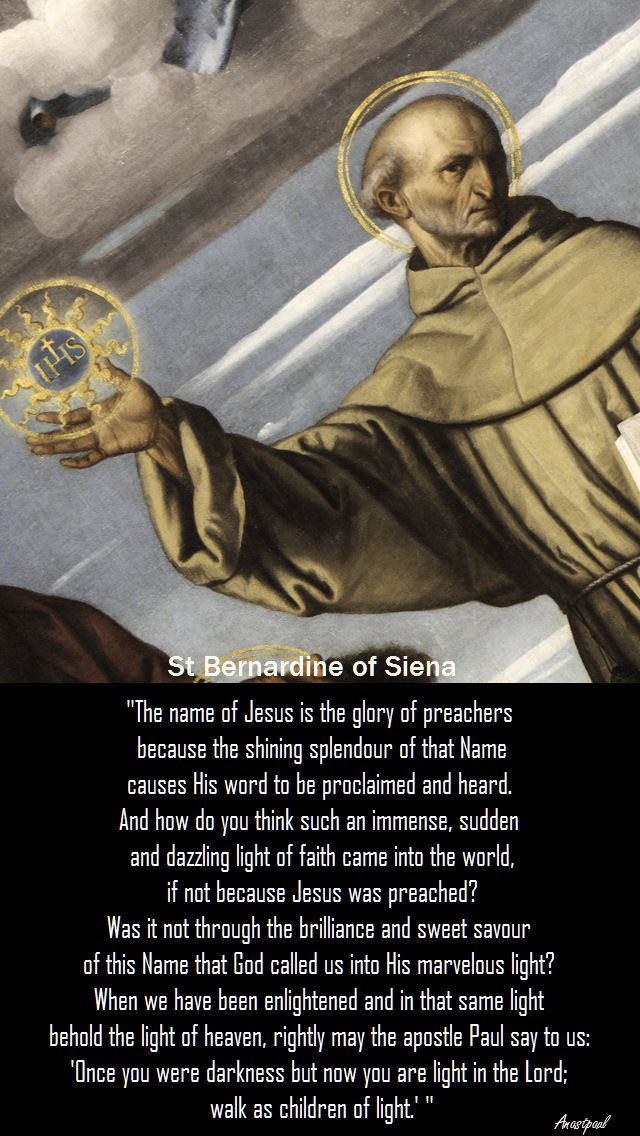