Thought for the Day – 4 July

The secret of Blessed Pier’s personality was his constant joy.   “My life is monotonous, he once said, but each day I understand a little better the incomparable grace of being a Catholic.   Down, then, with all melancholy.   That should never find a place except in the heart which has lost faith. I am joyful.   Sorrow is not gloom.   Gloom should be banished from the Christian soul.”

As a teenager the saint made friends of the poor in Turin’s filthy backstreets and gave them whatever he had—his money, his shoes, his overcoat. “Jesus comes to me every morning in Holy Communion,” he replied to a friend who asked why the hovels did not repulse him. “I repay Him in my very small way by visiting the poor.   The house may be sordid but I am going to Christ.”

At school Pier ­Giorgio became the leader of groups that organised outreach to the needy. He set a high standard, his investment of time and money far exceeding that of his friends.   On Sunday, galoshes for a barefoot child;   Monday, a room for a homeless woman;   Tuesday, boots for an unemployed labourer;   Wednesday, payment of a girl’s school bill;   Thursday, relocation for a blind veteran;   Friday, groceries for a hungry family;   Saturday, medicine for an old man with bronchitis.   The catalogue of his giving seems endless.   At the same time he was the organiser of student parties, games and fund raisers to finance ski trips to the Alps—Pier ­Giorgio was addicted to mountain climbing!

Once after visiting a badly disfigured leper he explained to a friend his rationale for his selfless giving:

“How rich we are to be in good health. The deformation of that young man will disappear in a few years when he enters Paradise.   But we have the duty of putting our health at the service of those who haven’t it.   To act otherwise would be to betray the gift of God.
No human being should ever be left abandoned.   But the best of all charities is that consecrated to the sick.   That is an exceptional work:  few have the courage to face its difficulties and dangers;  to take on themselves the sufferings of others, in addition to their own needs and their own precautions and cares.”

Pier ­Giorgio was famous in Turin but his family regarded him as a problem.   His father, Alfredo Frassati, editor of the daily La Stampa, seems to have resented his largesse.   And his mother was inconvenienced by his frequent absences and his lateness to meals.   Only after his death did they come to appreciate their son.

A virulent form of poliomyelitis attacked Pier ­Giorgio in July 1925, and he died within a week. He was twenty-­four years old.

Once a friend observed that when Pier Giorgio finished praying in church, he waved a little farewell towards the tabernacle.   I like to imagine the scene when this jovial saint said hello to Christ in heaven.

My thought is this, on the Memorial of his beautiful saint, Bl Pier Giorgio, that the greatest gift and the only glory of my life is being a Catholic and striving each day, to grow in those greatest of all commandments, to love God above all and to love my neighbour as myself.    St Edmund Campion, put it so well, “to be a Catholic is my greatest glory.” 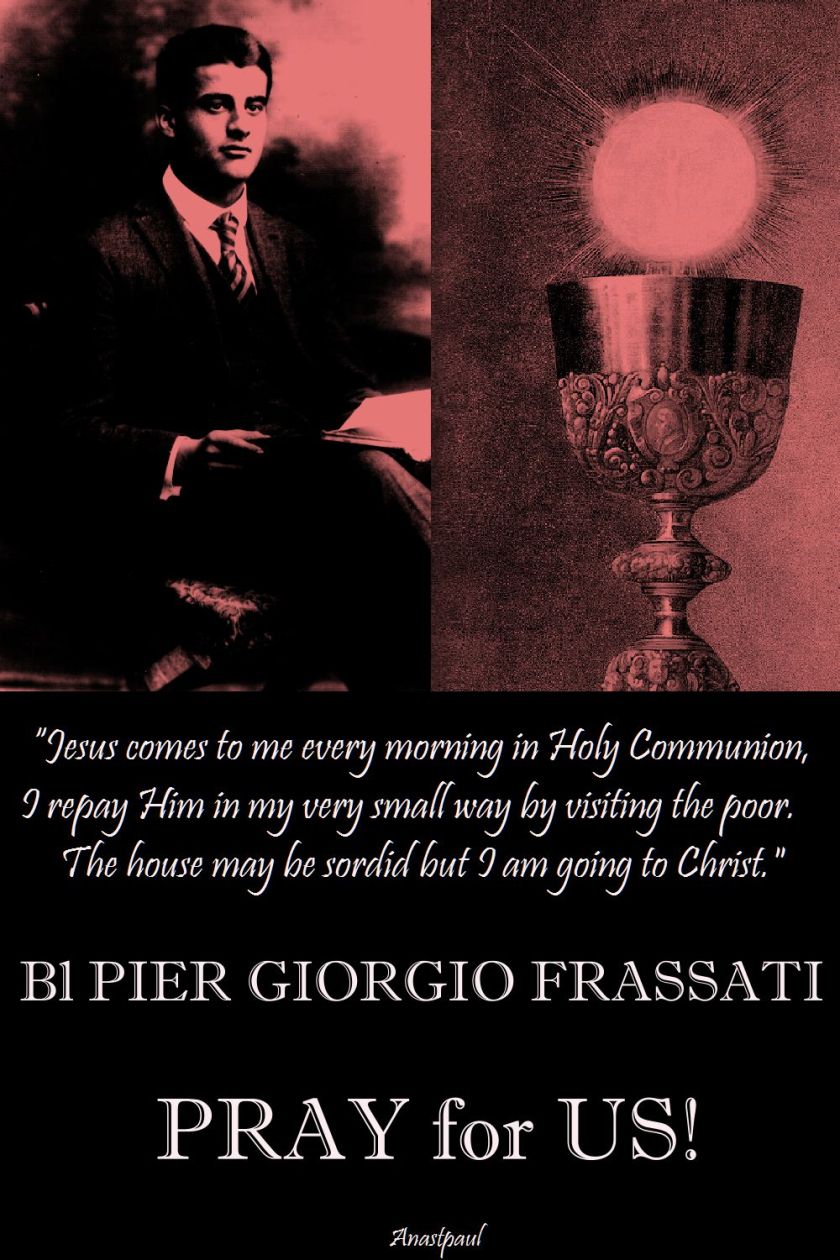 PRAYER FOR THE CANONISATION
OF BLESSED PIER GIORGIO FRASSATI

O merciful God,
Who through the perils of the world
deigned to preserve by Your grace
Your servant the blessed Pier Giorgio Frassati
pure of heart and ardent of charity,
listen, we ask You, to our prayers, and
if it is in Your designs that he be glorified by the Church,
show us Your will,
granting us the graces we ask of You,
through his intercession,
by the merits of Jesus Christ, Our Lord,
in union with the Holy Spirit,
one God forever and ever. Amen 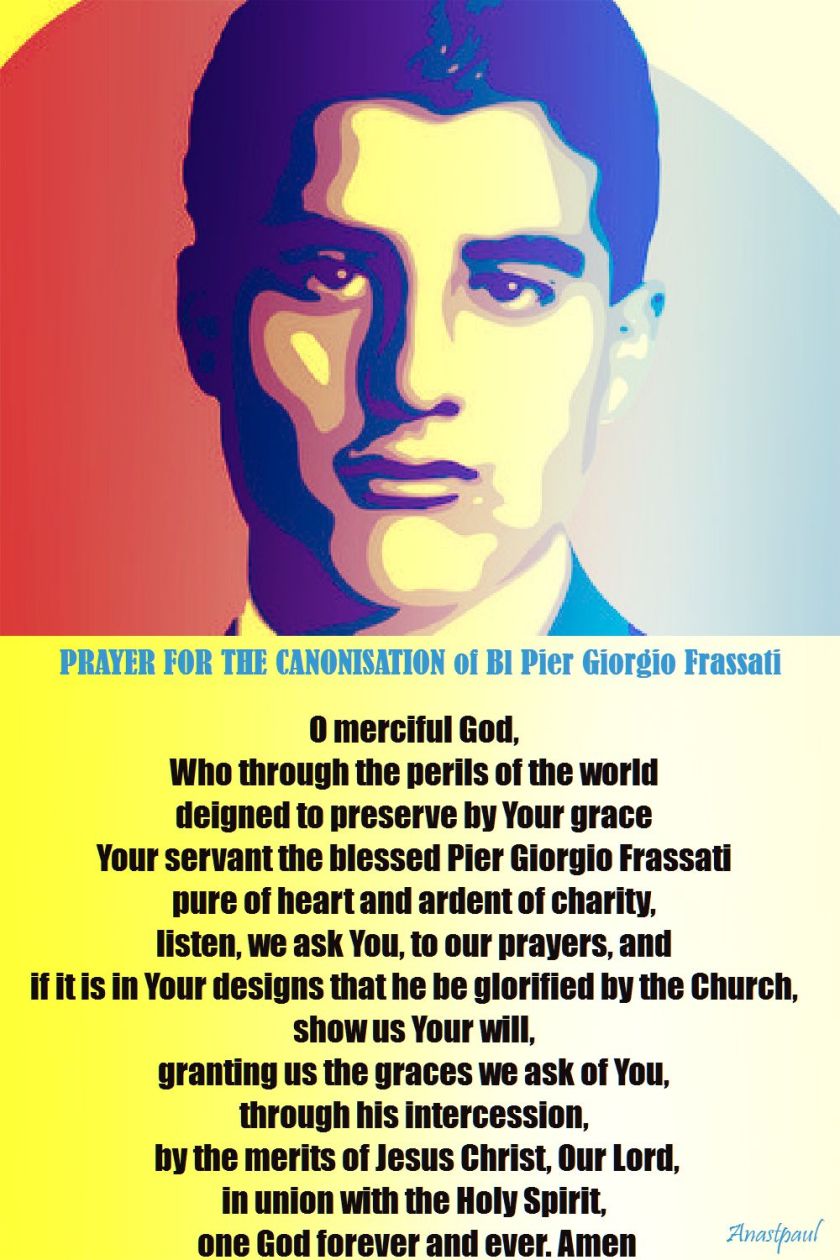