St John Chrysostom and St Paul
John Chrysostom here gives eloquent praise to the passionate love of Christ that drove St. Paul to face persecution and hardship with joy and leave behind the honours and benefits of the world.   It is read each year on January 25, the Feast of the Conversion of St. Paul, persecutor turned apostle.

Paul, more than anyone else, has shown us what man really is and in what our nobility consists and of what virtue this particular animal is capable.   Each day he aimed ever higher;  each day he rose up with greater ardour and faced with new eagerness the dangers that threatened him.  He summed up his attitude in the words:  “I forget what is behind me and push on to what lies ahead.”   When he saw death imminent, he bade others share his joy:  “Rejoice and be glad with me!”  And when danger, injustice and abuse threatened, he said:  “I am content with weakness, mistreatment and persecution.”   These he called the weapons of righteousness, thus telling us that he derived immense profit from them.

Thus, amid the traps set for him by his enemies, with exultant heart he turned their every attack into a victory for himself;  constantly beaten, abused and cursed, he boasted of it as though he were celebrating a triumphal procession and taking trophies home, and offered thanks to God for it all:  “Thanks be to God who is always victorious in us!”   This is why he was far more eager for the shameful abuse that his zeal in preaching brought upon him than we are for the most pleasing honours, more eager for death than we are for life, for poverty than we are for wealth;   he yearned for toil far more than others yearn for rest after toil.   The one thing he feared, indeed dreaded, was to offend God;   nothing else could sway him.   Therefore, the only thing he really wanted was always to please God.

The most important thing of all to him, however, was that he knew himself to be loved by Christ.   Enjoying this love, he considered himself happier than anyone else;   were he without it, it would be no satisfaction to be the friend of principalities and powers.   He preferred to be thus loved and be the least of all, or even to be among the damned, than to be without that love and be among the great and honoured.

To be separated from that love was, in his eyes, the greatest and most extraordinary of torments  the pain of that loss would alone have been hell and endless, unbearable torture.   So too, in being loved by Christ he thought of himself as possessing life, the world, the angels, present and future, the kingdom, the promise and countless blessings. Apart from that love nothing saddened or delighted him;  for nothing earthly did he regard as bitter or sweet.

Paul set no store by the things that fill our visible world, any more than a man sets value on the withered grass of the field.   As for tyrannical rulers or the people enraged against him, he paid them no more heed than gnats.   Death itself and pain and whatever torments might come were but child’s play to him, provided that thereby he might bear some burden for the sake of Christ.

This excerpt from a homily preached by St. John Chrysostom around c 400 in praise of St. Paul (Hom. 2 de laudibus sancti Pauli: PG 50, 477-480) is used in the Roman Office of Readings for the Feast of the Conversion of Saint Paul on January 25 with the biblical reading taken from Galatians 1, the story of Paul’s Conversion on the road to Damascus. 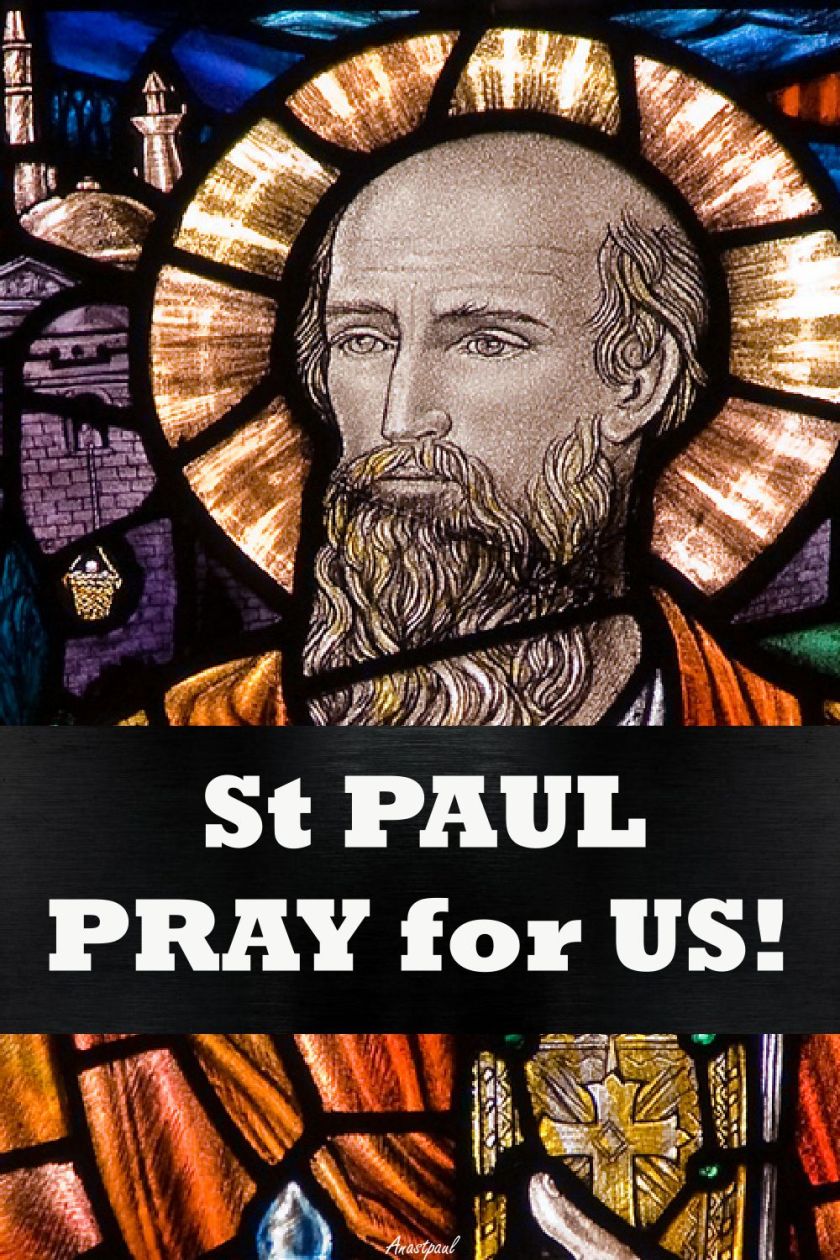