“….in the Blessed Sacrament Our Lord Himself is the light which manifests Him as our model and reveals His beauties to us.   He is Himself His light, His means of being known, just as the sun is itself its own proof.   To make Himself known, He has only to show Himself.   Recognition of Him need not come from its being reasoned out.

A child does not have to discourse with himself to recognise his parents.   Our Lord reveals Himself through His presence, just as parents do.   But as we grow to know His voice better and as our hearts become more sympathetic to Him in emptying themselves of what is not Him, our Lord manifests Himself in a clearer and more intimate manner, which only those know, who love Him.   He gives the soul a divine conviction which overshadows the light of human reason.

Look at Magdalene:  one word from Jesus and she recognises Him.   He acts in the same way in the Blessed Sacrament:   He says one word only but it rings in our very hearts:  “It is I!….”   We sense His Presence, we believe in it more firmly than if we were to see Him with bodily eyes.” 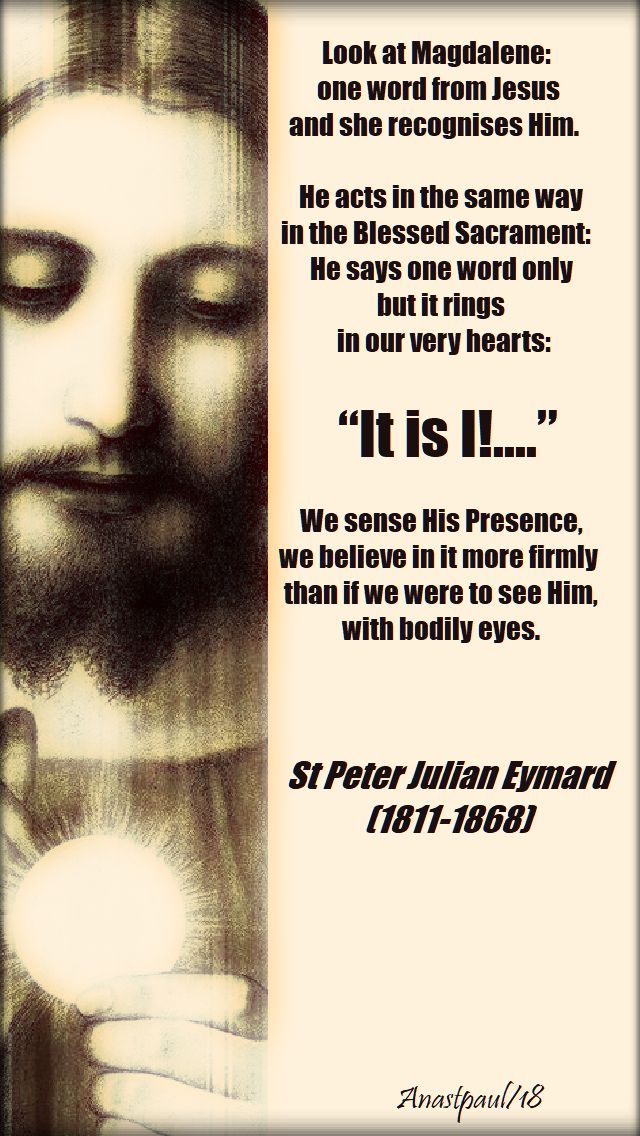