Quote of the day -25 July – Feast of St James, Apostle of Christ

Since the ninth century Spain has claimed the honour of possessing St James relics, though it must be said that actual proof is far less in evidence than the devotion of the faithful.    The pilgrimage to St James/Santiago of Compostela in the Middle Ages attracted immense crowds,after the pilgrimage to Rome or the Holy Land, it was the most famous and the most frequented pilgrimage in Christendom.   The pilgrim paths to Compostela form a network over Europe; they are dotted with pilgrims’ hospices and chapels.   Santiago de Compostela, is the third largest shrine in all of Christendom.

“To go in a spirit of prayer from one place to another,
from one city to another,
in the area marked especially by God’s intervention,
helps us not only to live our life as a journey
but also gives us a vivid sense of a God,
who has gone before us and leads us on,
who Himself set out on man’s path,
a God who does not look down on us from on high
but who became our travelling companion.” 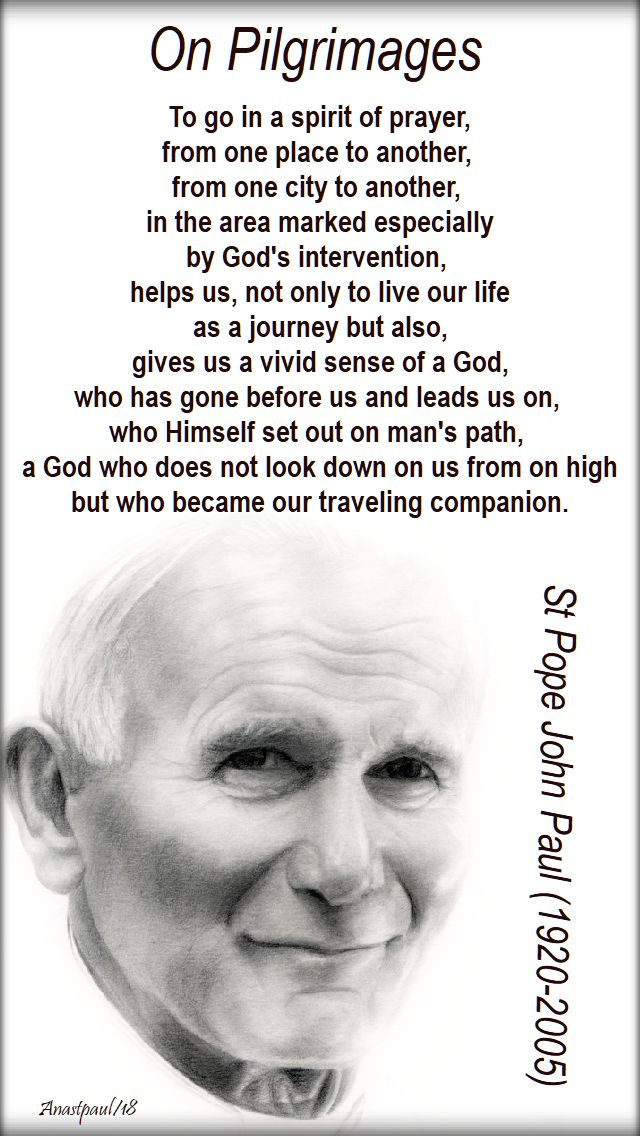