Francis Xavier Seelos, one of 12 children born to Mang and Frances Schwarzenbach Seelos, entered the world on 11 January 1819, in Füssen (Bavaria, Germany).   He was baptised on the same day in the parish church of Saint Mang where his father, after having been a textile merchant, would, in 1830, become the sacristan.

Having completed his primary education in 1831, he expressed a desire to become a priest and, with the encouragement of his Pastor, he attended middle school at the Institute of Saint Stephen in Augsburg.   Receiving his diploma in 1839, he went on to the University in Munich, Bavaria, where he completed his studies in Philosophy.
He then began to study theology in preparation to enter the seminary where he was admitted on 19 September 1842.

It was during this time that through his acquaintance with the missionaries of the Congregation of the Most Holy Redeemer, he came to know both the charism of the Institute, founded to evangelise the most abandoned and its apostolic works, especially those among the immigrants in the United States of America.   Moved by a profound apostolic zeal and deeply touched by the letters published in the Catholic newspaper Sion, from the Redemptorist missionaries describing the lack of spiritual care for the thousands of German speaking immigrants, Seelos decided to enter the Congregation, asking to be allowed to work as a missionary in the United States.

Receiving the necessary approval on 22 November 1842, he sailed the following March  from the port of Le Havre, France, arriving in New York on 20 April 1843.
On 22 December 1844, after having completed his theological studies and novitiate, Seelos was ordained a Priest in the Redemptorist Church of St James in Baltimore, Maryland, U.S.A.

A few months after his ordination, he was transferred to St Philomena’s Parish in Pittsburgh, Pennsylvania, where he remained nine years.   His first six years there were spent as assistant pastor with St John Neumann (1811-1860), who was also the superior of the Redemptorist comm  unity. The remaining three years, Francis Seelos served as superior of that same community.   It was during these years that he was appointed Master of Novices for the Redemptorists.

In addition to his work as assistant pastor, Seelos, together with Neumann, dedicated himself to preaching missions.   Regarding his relationship with St John Neumann, Seelos said:  “He has introduced me to the active life” and, “he has guided me as spiritual director and confessor”.

His availability and innate kindness in understanding and responding to the needs of the faithful, quickly made him well known as an expert confessor and spiritual director so much so that people came to him even from neighbouring towns.   In both Baltimore and Pittsburgh, Seelos made Confession become, rather than a torment, the locus of a life-giving experience of an encounter with Christ Patient and Merciful.   His confessional was open to all:  “I hear confessions in German, English, French, of Whites and of Blacks”.
The faithful described him as the missionary with the constant smile on his lips and a generous heart, especially towards the needy and the marginalised.
It is no coincidence that in Pittsburgh, after his death, the people began to attribute to his intercession many favours received.

Faithful to the Redemptorist charism, he practised a simple life style and a simple manner of expressing himself.   The themes of his preaching, rich in biblical content, were always heard and understood even by the simplest people.   A constant endeavour in his pastoral activity was instructing the little children in the faith.   He not only favoured this ministry, he held it as fundamental for the growth of the Christian community in the Parish. 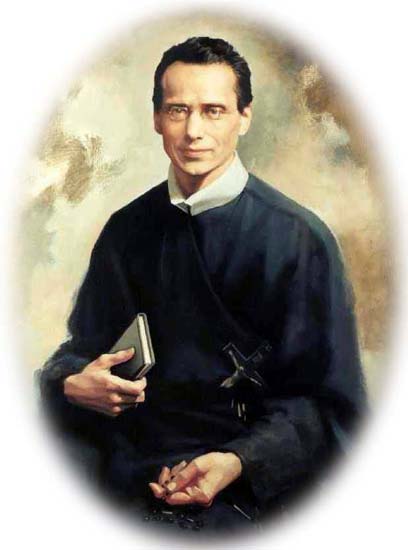 In 1854, he was transferred from Pittsburgh, to a number of cities in the state of Maryland:  Baltimore, then Cumberland in 1857, and to Annapolis (1862), all the while engaged in Parish ministry.   In Cumberland and Annapolis, he also served in the formation of future Redemptorists as Prefect of Students.   Even in this post, he was true to his character remaining always the kind and happy pastor, always prudently attentive to the needs of his students and conscientious of their doctrinal formation.   Above all, he strove to instil in these future Redemptorist missionaries the enthusiasm, the spirit of sacrifice and apostolic zeal for the spiritual and temporal welfare of the people.
In 1860, His Excellency Michael O’Connor, Bishop of Pittsburgh, upon leaving his diocese, recommended Father Seelos as the Priest most qualified to succeed him.   Francis Seelos wrote Pope Paul IX explaining his inadequacy to accept such a responsibility and asking “to be liberated from this calamity”.   He was overjoyed when another Priest was named Bishop of Pittsburgh.

Following the outbreak of the Civil War in the United States, new laws were enacted in 1863 which required every able bodied male to make himself available for military duty. Seelos, as Superior of the Redemptorist seminary, travelled to Washington to meet with President Abraham Lincoln and ask him to exempt the Redemptorist seminarians from military service.   Lincoln, according to Seelos himself, was not only extremely receptive of the petition but promised to do everything in his power to bring it about. In fact, the students were exempted from going off to war.

Relieved from his office as Prefect of Students because, according to a zealous confrere, he was too obliging and not severe enough with the seminarians, from 1863 to 1866 he dedicated himself to the life of an itinerant missionary preaching in English and German in the states of Connecticut, Illinois, Michigan, Missouri, New Jersey, New York, Ohio, Pennsylvania, Rhode Island and Wisconsin.

After a brief period of parish ministry in Detroit, Michigan, he was assigned in 1866 to the Redemptorist community in New Orleans, Louisiana.   Here also, as pastor of the of the Assumption, he was known as a pastor who was joyously available to his faithful and singularly concerned for the poorest and the most abandoned.   As in other cities, his prayers were considered very powerful in obtaining favours from God.

In God’s plan, however, his ministry in New Orleans was destined to be brief.   In the month of September, exhausted from visiting and caring for the victims of Yellow Fever, he contracted the dreaded disease.   After several weeks of patiently enduring his illness, he passed on to eternal life on 4 October 1867, at the age of 48 years and 9 months…. vatican.va

The National Shrine of Blessed Francis Xavier Seelos is located in St Mary’s Assumption Church, the first German Catholic Church in New Orleans and in the state of Louisiana. The Shrine contains the official portrait of Father Seelos, which was used in Rome for his beatification, as well as photographs that depict Father Seelos and his life as a missionary.

St Pope John Paul II beatified Blessed Francis in St Peter’s Square on 9 April 2000.   In the beatification homily, the pope stated:  “Today, Bl. Francis Xavier Seelos invites the members of the Church to deepen their union with Christ in the sacraments of Penance and the Eucharist.   Through his intercession, may all who work in the vineyard for the salvation of God’s people be encouraged and strengthened in their task.” 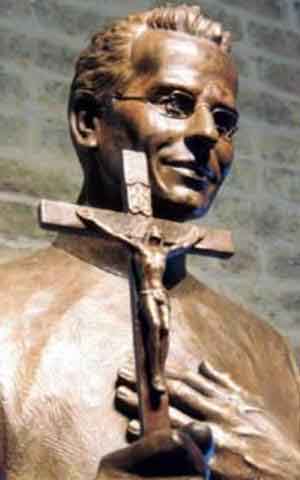