October – The Month of the Holy Rosary
REMINDER

of the Prayers to be conclude the Rosary each day of October (most especially) but I will add these always.

“The Holy Father has decided to invite all the faithful, of all the world, to pray the Holy Rosary every day, during the entire Marian month of October and thus to join in communion and in penitence, as the people of God, in asking the Holy Mother of God and Saint Michael Archangel to protect the Church from the devil, who always seeks to separate us from God and from each other.”

The invocation “Sub tuum praesídium” is recited as follows:

We fly to Thy protection,
O Holy Mother of God.
Do not despise our petitions
in our necessities
but deliver us always
from all dangers,
O Glorious and Blessed Virgin

The Holy Father has also asked that the recitation of the Holy Rosary during the month of October conclude with the prayer written by Pope Leo XIII:

Saint Michael Archangel,
defend us in battle,
be our protection against the wickedness
and snares of the devil,
may God rebuke him, we humbly pray
and do thou, O Prince of the heavenly host,
by the power of God, cast into hell Satan
and all the evil spirits,
who prowl throughout the world
seeking the ruin of souls.
Amen 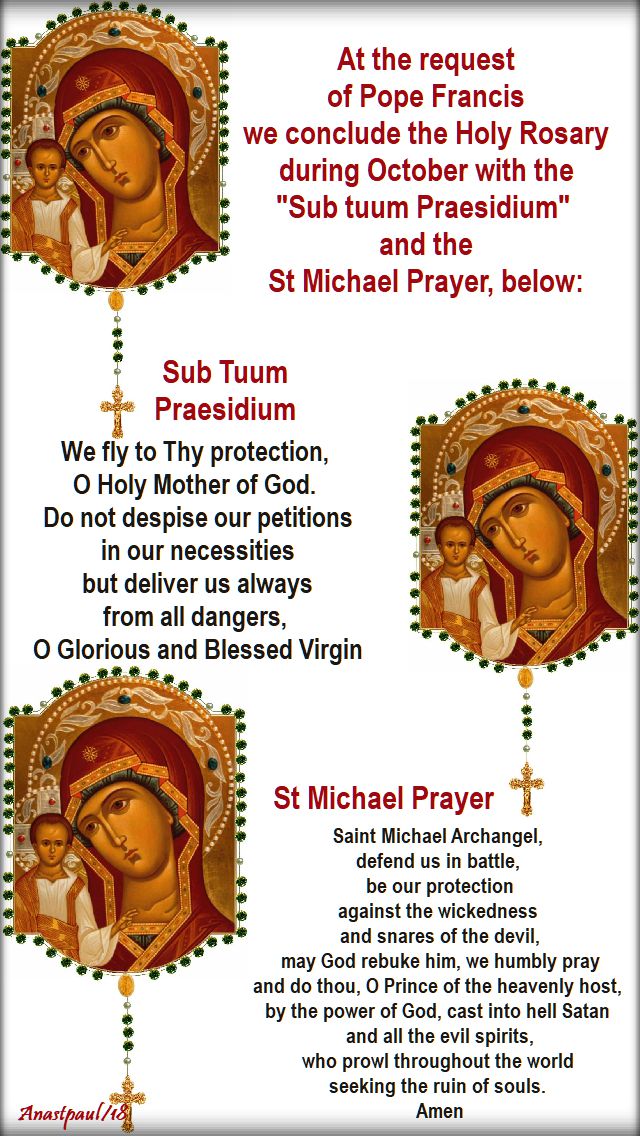