Little Known Fact #4:  In his second assignment as a newly ordained priest, Father Karol Wojtyla took a new approach to training altar boys.   He would hold frequent evenings of instruction, whereby one priest would give catechesis to the boys while another priest taught the parents educational psychology as well as catechesis in the liturgy.   In addition to these meetings, Father Wojtyla and the other parish priests would take the boys on outings.   This model proved to be a great success as the number of altar boys went from 10 in 1946 to 100 in 1952.

REFLECTION:   ” In the first years of his pontificate, still young and full of energy, the Holy Father went to the very ends of the earth, guided by Christ.   But afterwards, he increasingly entered into the communion of Christ’s sufferings;  increasingly he understood the truth of the words:  “Someone else will fasten a belt around you.”   And in this very communion with the suffering Lord, tirelessly and with renewed intensity, he proclaimed the Gospel, the mystery of that love which goes to the end (cf Jn 13:1).” – Pope Benedict

Quote Day Four:  “A society will be judged on the basis of how it treats its weakest members;  and among the most vulnerable are surely the unborn and the dying.” 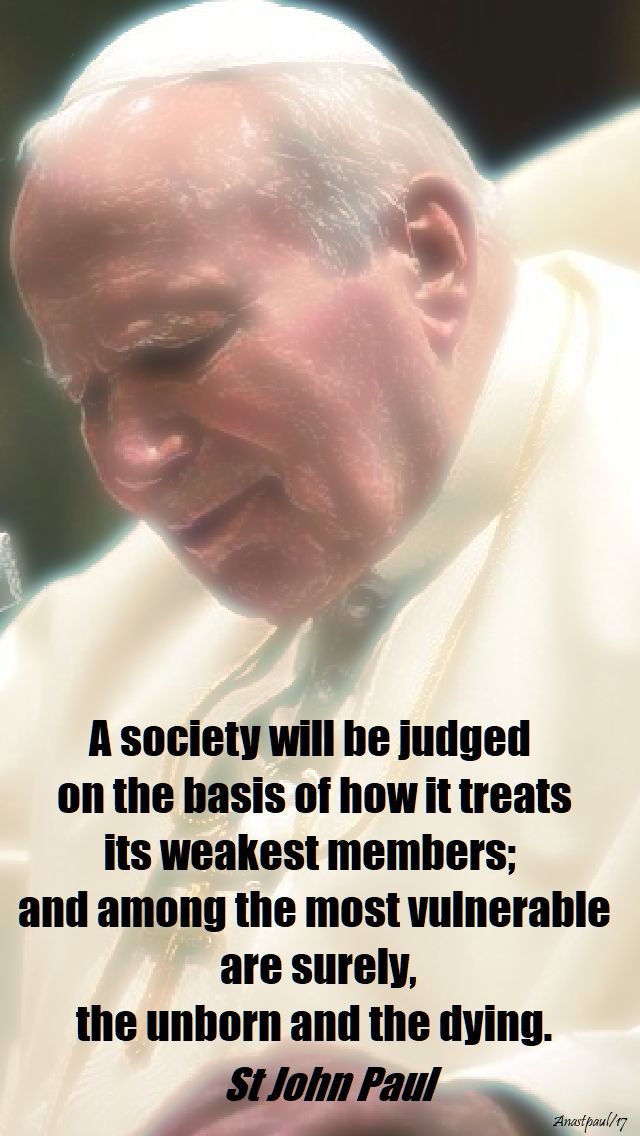