Today, we will be speaking of St Ignatius, who was the third Bishop of Antioch from 70 to 107, the date of his martyrdom. At that time, Rome, Alexandria and Antioch were the three great metropolises of the Roman Empire.   The Council of Nicea mentioned three “primacies”: Rome but also Alexandria and Antioch participated in a certain sense in a “primacy”.

St Ignatius was Bishop of Antioch, which today is located in Turkey.   Here in Antioch, as we know from the Acts of the Apostles, a flourishing Christian community developed.   Its first Bishop was the Apostle Peter – or so tradition claims – and it was there that the disciples were “for the first time called Christians” (Acts 11: 26). Eusebius of Caesarea, a fourth-century historian, dedicated an entire chapter of his Church History to the life and literary works of Ignatius (cf. 3: 36).

Eusebius writes:  “The Report says that he [Ignatius] was sent from Syria to Rome and became food for wild beasts on account of his testimony to Christ.   And as he made the journey through Asia under the strictest military surveillance” (he called the guards “ten leopards” in his Letter to the Romans, 5: 1), “he fortified the parishes in the various cities where he stopped by homilies and exhortations and warned them above all to be especially on their guard against the heresies that were then beginning to prevail, and exhorted them to hold fast to the tradition of the Apostles”. 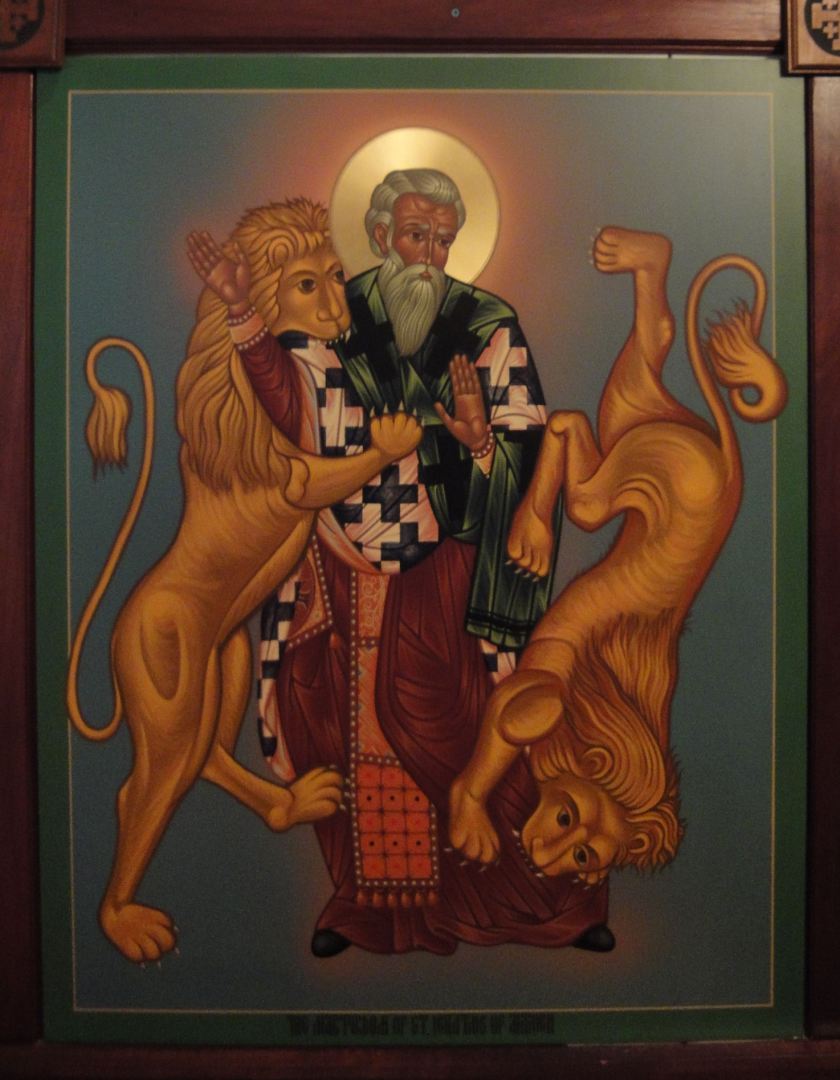 The first place Ignatius stopped on the way to his martyrdom was the city of Smyrna, where St Polycarp, a disciple of St John, was Bishop.   Here, Ignatius wrote four letters, respectively to the Churches of Ephesus, Magnesia, Tralli and Rome.   “Having left Smyrna”, Eusebius continues, Ignatius reached Troas and “wrote again”:  two letters to the Churches of Philadelphia and Smyrna and one to Bishop Polycarp.   Thus, Eusebius completes the list of his letters, which have come down to us from the Church of the first century as a precious treasure.   In reading these texts one feels the freshness of the faith of the generation which had still known the Apostles.   In these letters, the ardent love of a saint can also be felt.

Lastly, the martyr travelled from Troas to Rome, where he was thrown to fierce wild animals in the Flavian Amphitheatre. 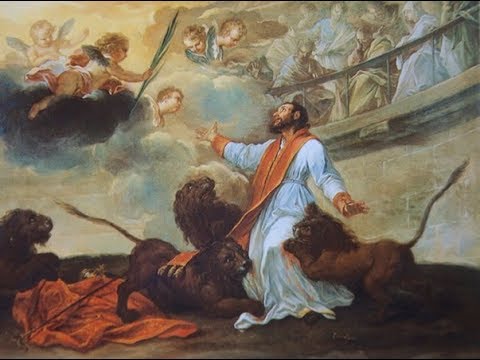 No Church Father has expressed the longing for union with Christ and for life in Him with the intensity of Ignatius.   We therefore read the Gospel passage on the vine, which according to John’s Gospel is Jesus.   In fact, two spiritual “currents” converge in Ignatius, that of Paul, straining with all his might for union with Christ and that of John, concentrated on life in Him.   In turn, these two currents translate into the imitation of Christ, whom Ignatius several times proclaimed as “my” or “our God”.

Thus, Ignatius implores the Christians of Rome not to prevent his martyrdom since he is impatient “to attain to Jesus Christ”.   And he explains, “It is better for me to die on behalf of Jesus Christ than to reign over all the ends of the earth…. Him I seek, who died for us:  Him I desire, who rose again for our sake…. Permit me to be an imitator of the Passion of my God!” (Romans, 5-6). 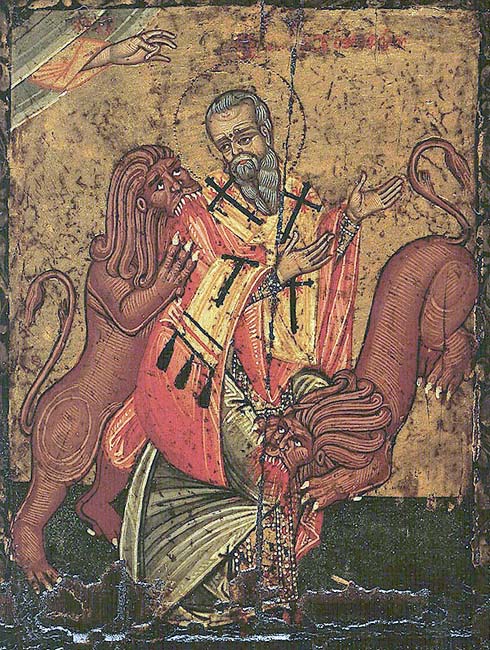 One can perceive in these words on fire with love, the pronounced Christological “realism” typical of the Church of Antioch, more focused than ever on the Incarnation of the Son of God and on His true and concrete humanity:  “Jesus Christ”, St Ignatius wrote to the Smyrnaeans, “was truly of the seed of David”, “he was truly born of a virgin” “and was truly nailed [to the Cross] for us” (1: 1).   Ignatius’ irresistible longing for union with Christ was the foundation of a real “mysticism of unity”.   He describes himself:  “I therefore did what befitted me as a man devoted to unity” (Philadelphians, 8: 1).

For Ignatius unity was first and foremost a prerogative of God, who, since He exists as Three Persons, is One in absolute unity.   Ignatius often used to repeat that God is unity and that in God alone is unity found in its pure and original state.   Unity to be brought about on this earth by Christians is no more than an imitation as close as possible to the divine archetype. 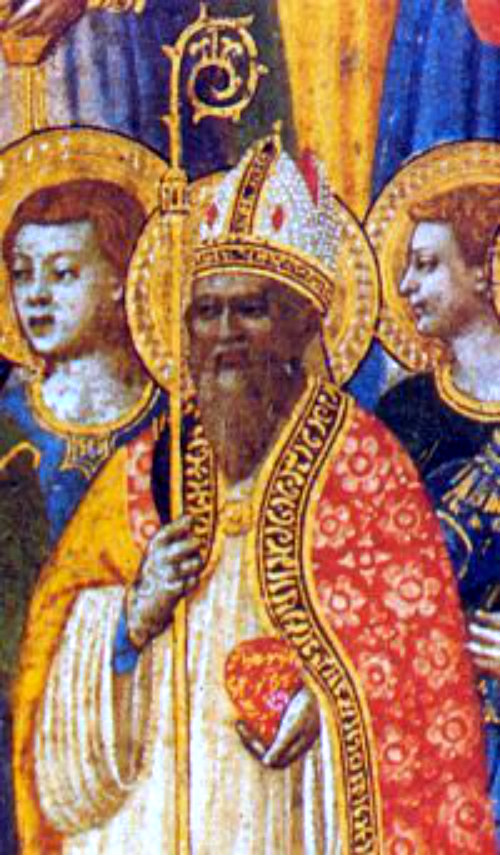 Ignatius was the first person in Christian literature to attribute to the Church the adjective “catholic” or “universal” –  “Wherever Jesus Christ is”, he said, “there is the Catholic Church” (Smyrnaeans, 8: 2).   And precisely in the service of unity to the Catholic Church, the Christian community of Rome exercised a sort of primacy of love: “The Church which presides in the place of the region of the Romans and which is worthy of God, worthy of honour, worthy of the highest happiness… and which presides over love, is named from Christ and from the Father…” (Romans, Prologue).

As can be seen, Ignatius is truly the “Doctor of Unity” – unity of God and unity of Christ (despite the various heresies gaining ground which separated the human and the divine in Christ), unity of the Church, unity of the faithful in “faith and love, to which nothing is to be preferred” (Smyrnaeans, 6: 1).

Ultimately, Ignatius’ realism invites the faithful of yesterday and today, invites us all, to make a gradual synthesis between configuration to Christ (union with Him, life in Him) and dedication to His Church (unity with the Bishop, generous service to the community and to the world).