Thought for the Day – 29 October – The Memorial of St Gaetano Errico (1791-1860), Founder of the Missionaries of the Sacred Hearts of Jesus and Mary

Day by day, city to city, village to village, among both the poorest and those of high esteem, he saw the hunger each possessed to know that sin was forgiven, that God’s mercy was infinite and that they were loved.   Countless souls found a merciful listener, the embodiment of God’s promise of peace and renewal, in Fr Gaetano, in the Confessional.

“The priest, Gaetano Errico, dedicated himself to this sacrament with diligence, assiduity and patience, never refusing it nor counting the cost. He thus entered among the group of other extraordinary priests who tirelessly made the confessional a place to dispense God’s mercy, helping men to rediscover themselves, to fight against sin and make progress in the spiritual life.

The street and the confessional were the two particular places of Gaetano Errico’s pastoral work.   The street was the place that permitted him to offer his customary invitation:  “God loves you, when shall we meet?” and in the confession he made their encounter with the mercy of the heavenly Father possible.   How many wounded souls did he heal in this way! How many people did he help to be reconciled with God through the sacrament of forgiveness!

In this way St. Gaetano Errico became an expert in the “science” of forgiveness, and concerned himself with teaching it to his missionaries:   “God, who does not wish the death of the sinner, is always more merciful than his ministers;  so be as merciful as you can and you will find mercy with God!”

He found his own encouragement on his knees in prayer . . . indeed it was prayer and the hours he spent in adoration of the Blessed Sacrament that strengthened and renewed him and kept the fire of his love for God ever burning.

Let us rediscover the great grace of the Confessional and the immense joy of Eucharistic Adoration for ourselves!

St Gaetano Errico, Pray for Us! 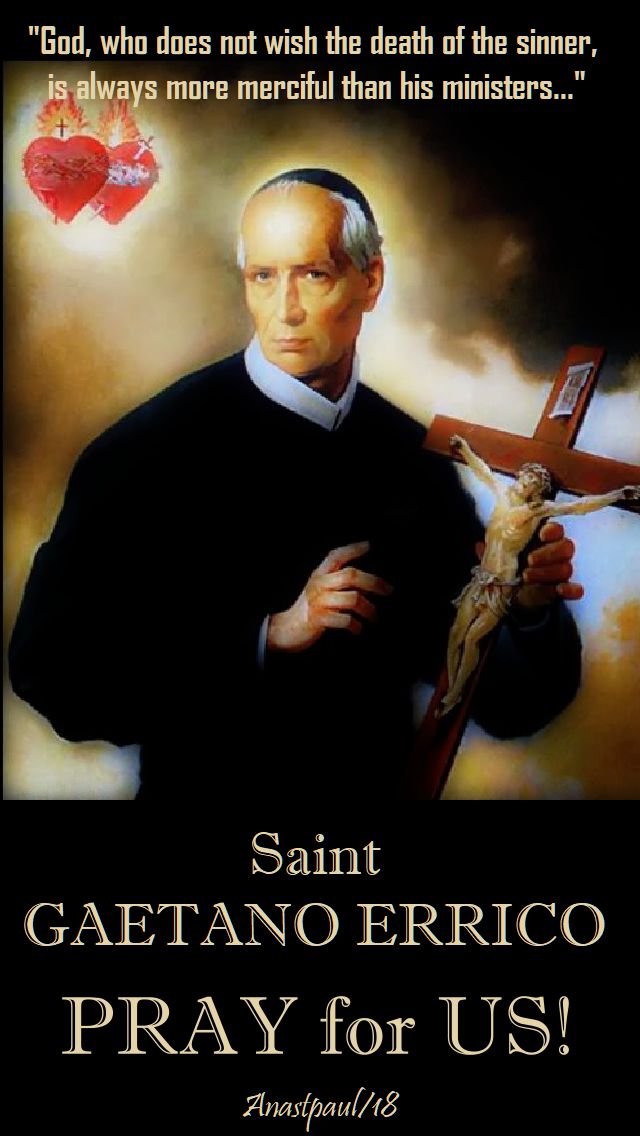