Dedication of the Basilica of Saint Mary Major/Our Lady of the Snow (Optional Memorial)
HERE:
https://anastpaul.com/2018/08/05/salus-populi-romani-santa-maria-maggiore-rome-5-august/
AND HERE:
https://anastpaul.wordpress.com/2017/08/05/august-5-dedication-of-the-basilica-of-saint-mary-major-our-lady-of-the-snows/

Our Lady of Copacabana:  A statue of the Blessed Virgin Mary standing four feet tall, made of plaster and maguey fibre and created by Francisco Tito Yupanqui.   Except for the face and hands, it is covered in gold leaf, dressed like an Inca princess and has jewels on neck, hands and ears.   There is no record of what the image looks like under the robes, the carved hair has been covered by a wig and the image never leaves the Basilica.   On 21 February 1583 it was enthroned in an adobe church on the Peninsula of Copacabana, which juts into Lake Titicaca nearly 3 miles above sea level.   In 1669 the Viceroy of Peru added a straw basket and baton to the statue, which she still holds today.   The present shrine dates from 1805.   The image was crowned during the reign of Pope Pius XI and it’s sanctuary was promoted to a Basilica in 1949.   It has been the recipient of many expensive gifts over the years, most of which were looted by civil authorities in need of quick cash.   Patronage – Bolivia, Bolivian navy. 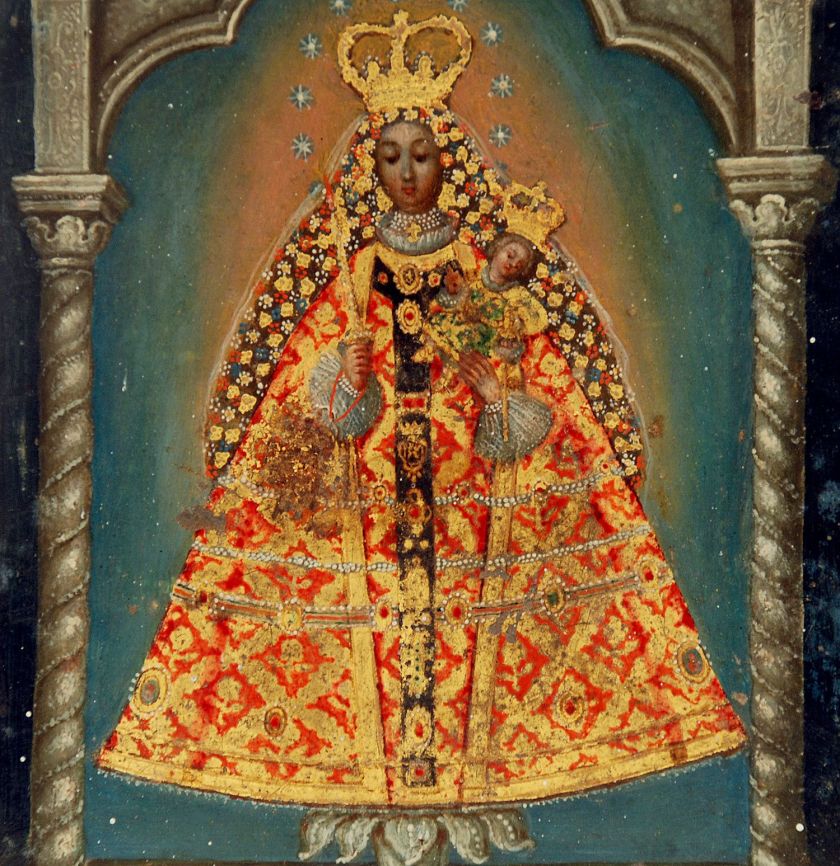