“And what else did John have in mind but what is virtuous,
so that he could not endure a wicked union even in the king’s case, saying:
“It is not lawful for thee to have her to wife.”
He could have been silent, had he not thought it unseemly for himself
not to speak the truth for fear of death,
or to make the prophetic office yield to the king,
or to indulge in flattery.
He knew well that he would die as he was against the king
but he preferred virtue to safety.
Yet what is more expedient than the suffering
which brought glory to the saint.” 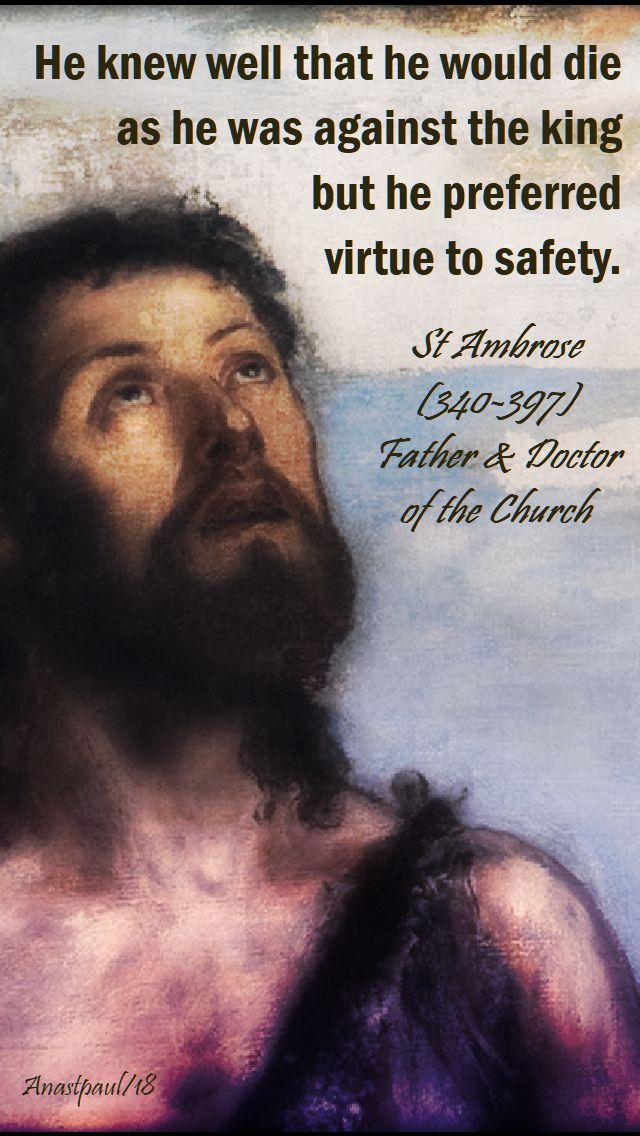 “As an authentic prophet,
John bore witness to the truth without compromise.
He denounced transgressions of God’s commandments,
even when it was the powerful who were responsible for them.
Thus, when he accused Herod and Herodias of adultery,
he paid with his life,
sealing with martyrdom,
his service to Christ who is Truth in person.” 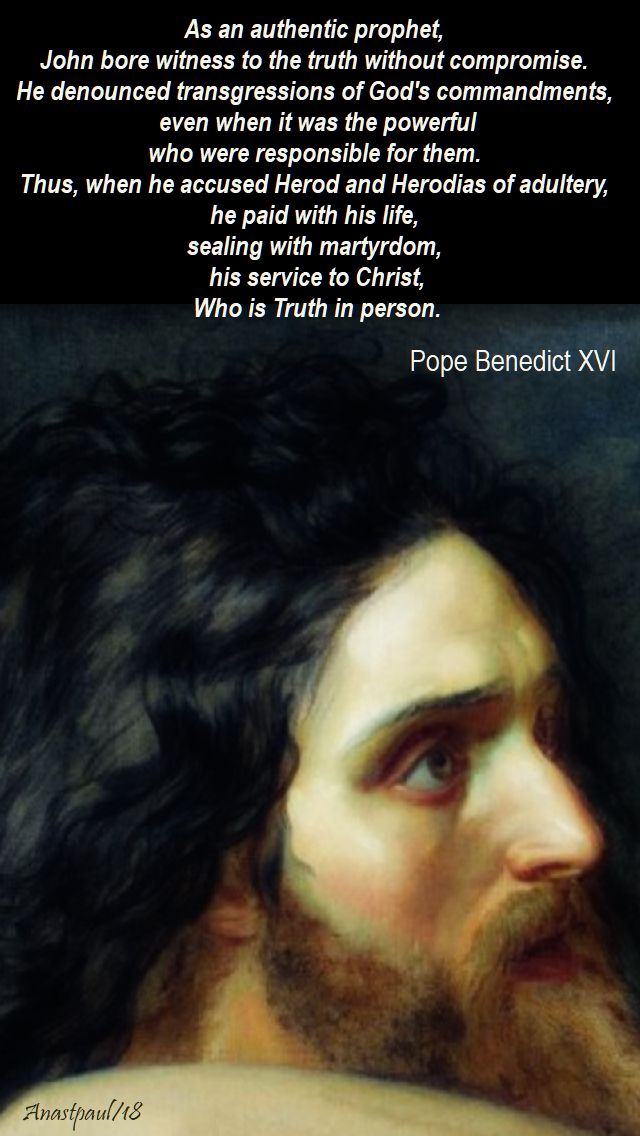