Thought for the Day – 6 February

Twenty-six Franciscan and Jesuit missionaries and Japanese converts crucified together by order of Toyotomi Hideyoshi.

Following their arrests, they were taken to the public square of Meako to the city’s principal temple.   They each had a piece of their left ear cut off and then paraded from city to city for weeks with a man shouting their crimes and encouraging their abuse.   The priests and brothers were accused of preaching the outlawed faith of Christianity, the lay people of supporting and aiding them.   They were each repeatedly offered freedom if they would renounce Christianity. They each declined.   Today, a new era has come for the Church in Japan.   Although the number of Catholics is not large, the Church is respected and has total religious freedom.   The spread of Christianity in the Far East is slow and difficult.   Faith such as that of the 26 martyrs is needed today as much as in 1597.

MARTYRS OF NAGASAKI, PRAY FOR US! 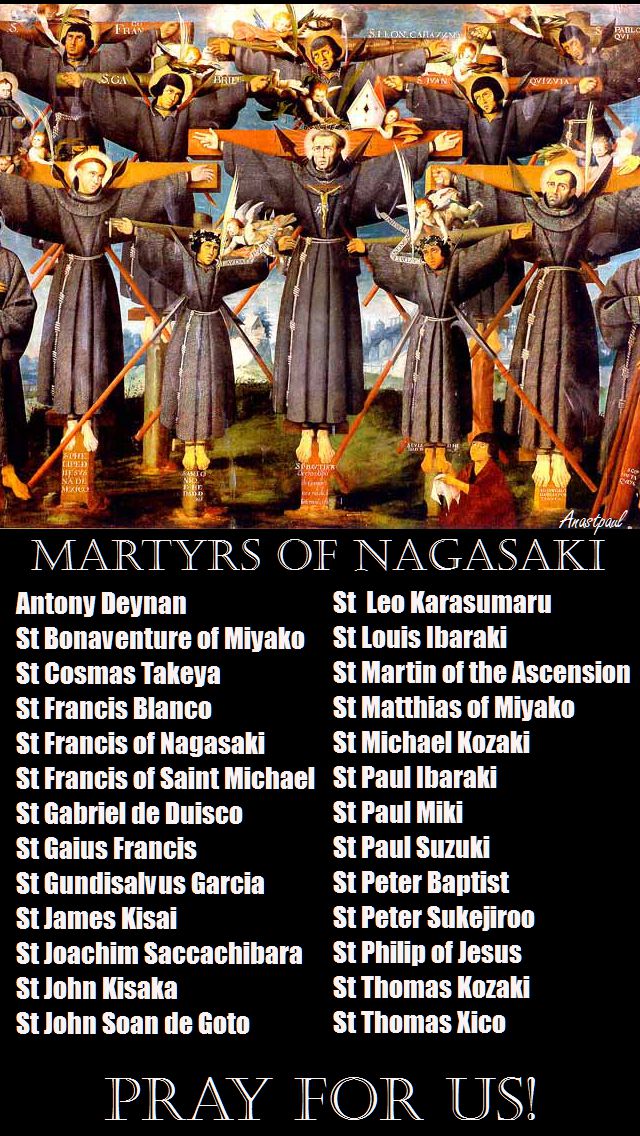