Nativity of the Blessed Virgin Mary (Feast)
On this Marian Feast Day:
https://anastpaul.com/2017/09/08/feast-of-the-nativity-of-the-blessed-virgin-mary-8-september/

Our Lady of Charity of El Cobre, Cuba

Our Lady of Covadonga:  is a title of the Blessed Virgin Mary and the name of a Marian shrine devoted to her at Covadonga, Asturias.   The shrine in northwestern Spain rose to prominence following the Battle of Covadonga in about 720, which was the first defeat of the Moors during their invasion of Spain.   A statue of the Virgin Mary, secretly hidden in one of the caves, was believed to have miraculously aided the Christian victory.
Our Lady of Covadonga is the patron of Asturias, and a basilica was built to house the current statue.   St Pope John Paul II visited the shrine to honour Our Lady of Covadonga to honour, whose feast day is 8 September.

Our Lady of Health of Vailankanni:  This is the title given to the Blessed Virgin Mary by people as she twice appeared in the town of Velankanni, Tamil Nadu, India, in the 16th to 17th centuries.   The Feast of the Nativity of Mary, is also commemorated as the feast of Our Lady of Good Health.   The celebration starts on 29 August and ends on the day of the feast.   The feast day prayers are said in Tamil, Marathi, East Indian, Malayalam, Telugu, Kannada, Konkani, Hindi and English. 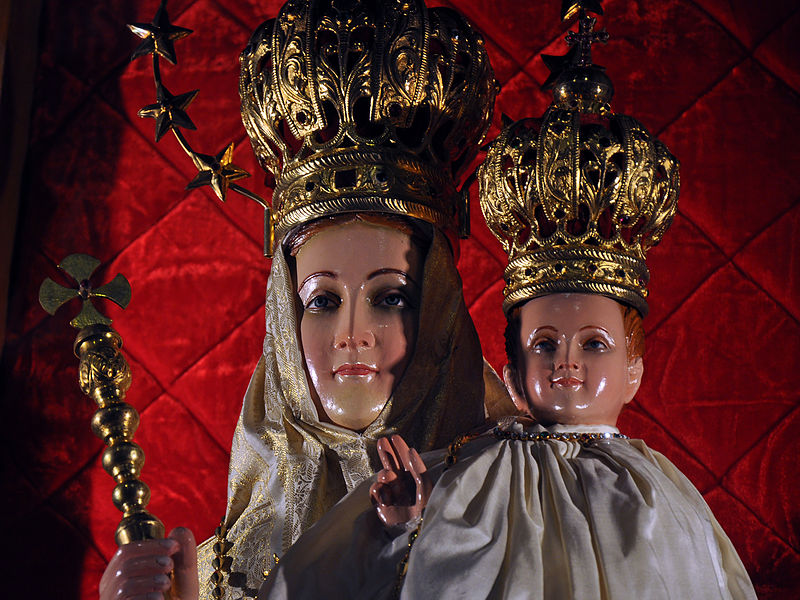 Our Lady of Meritxell:   This is an Andorran Roman statue depicting an apparition of the Virgin Mary.   Our Lady of Meritxell is the patron saint of Andorra.  One 6 January in the late 12th century, villagers from Meritxell, Andorra were going to Mass in Canillo. Though it was winter, they found a wild rose in bloom by the roadside.   At its base was a statue of the Virgin and Child.   They placed the statue in a chapel in the church in Canillo.   The next day the statue was found sitting under the wild rose again.   Villagers from Encamp took the statue to their church but the next day the statue had returned to the rose bush.   Though it was snowing, an area the size of a chapel was completely bare and the villagers of Meritxell took this to mean that they should build a chapel to house the statue and so they did.   On 8-9 September 1972 the chapel burned down and the statue was destroyed, a copy now resides in the new Meritxell Chapel.
The feast day of Our Lady of Meritxell is 8 September and the Andorran National Day.

Our Lady of Ripalta:   Patroness of Cerignola, Foggia in Puglia. 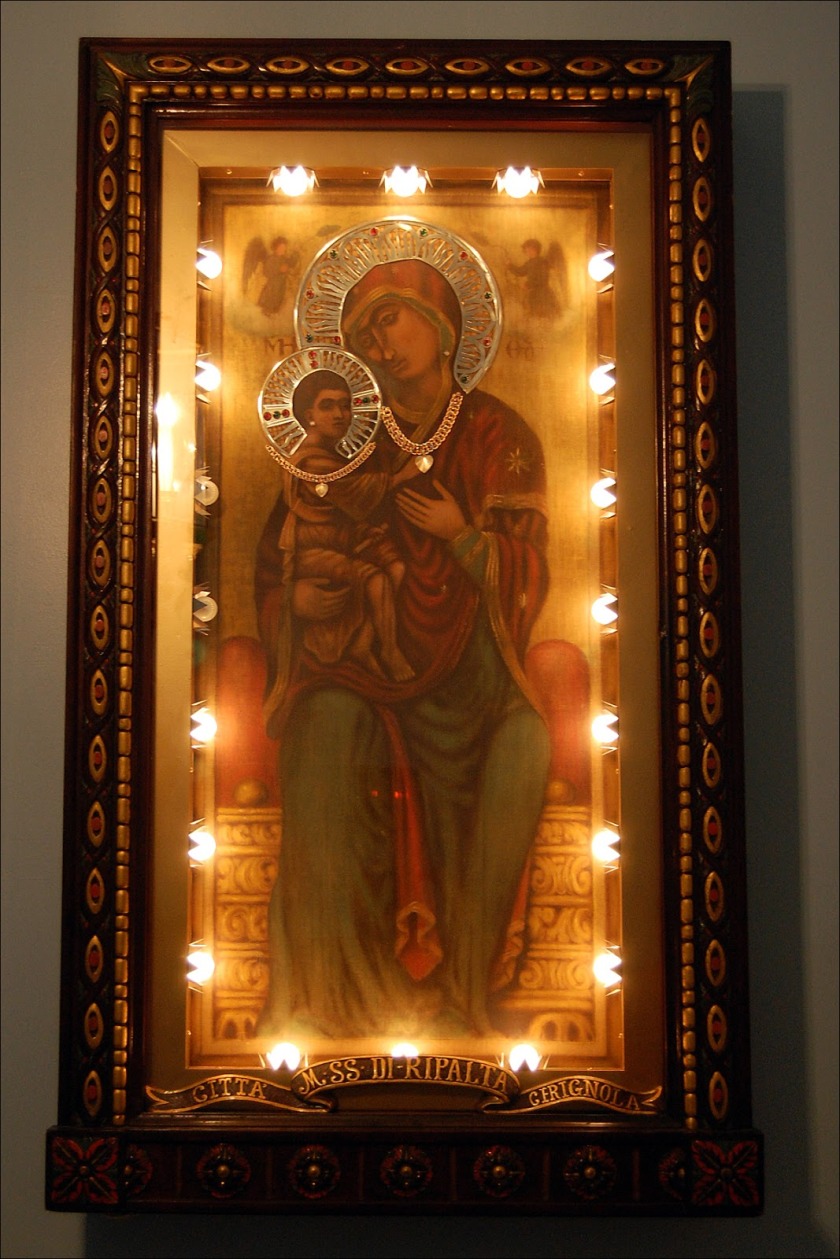