Many know that St John Paul II’s talents included acting and athletics but did you know the Saint is also an accomplished poet?   He loved to write about nature, humanity and God and wrote poetry throughout his life – as a student, a quarry worker, a priest, bishop and Pope, beginning in 1939 and publishing under pseudonyms in Poland.   It wasn’t until he became Pope that his poetry was published throughout the world.

Known to family and friends as Lolek (a nickname that translates as “Chuck”), the future John Paul II learned about suffering at an early age when his mother died of heart and kidney problems in 1929, shortly before his ninth birthday.  This poem below, “Over This, Your White Grave”” was written before he was twenty.

Over This, Your White Grave

“Veronica?”
“Bernice Veronica” – both names referring to the Woman who wiped the Face of Jesus, commonly depicted in every Catholic church, at the Sixth Station of the Cross.

Did she exist? And what does it mean to be “a Veronica?”

St Pope John Paul II expressed the answer to the question of Veronica most beautifully in his poem, “Name”

In the crowd walking towards the place

[opening it] from the beginning?

And since when? You tell me, Veronica.

Your name was born in the very instant

in which your heart

became an effigy: the effigy of truth.

Your name was born from what you gazed upon.

St Peter’s Square had a special meaning for St John Paul.   In earlier days he wrote a poem about it.   Below is an excerpt from it:

Marble floor
our feet meet the earth in this place,
there are so many walls,
so many colonnades,
yet we are not lost. If we find
meaning and oneness,
it is the floor that guides us….
Peter, you are the floor, that others
may walk over you… You guide their steps…
You want to serve their feet that pass
as rock serves the hooves of sheep.
The rock is a gigantic temple floor,
the cross a pasture.

St Peter’s name means “a rock” and Christ said of him “on this Rock I will build my Church.”   The poem is about the role of the Holy Father, who is a shepherd to his flock, a guide to the Church.

St John Paul, keep being our Shepherd by your Prayers! 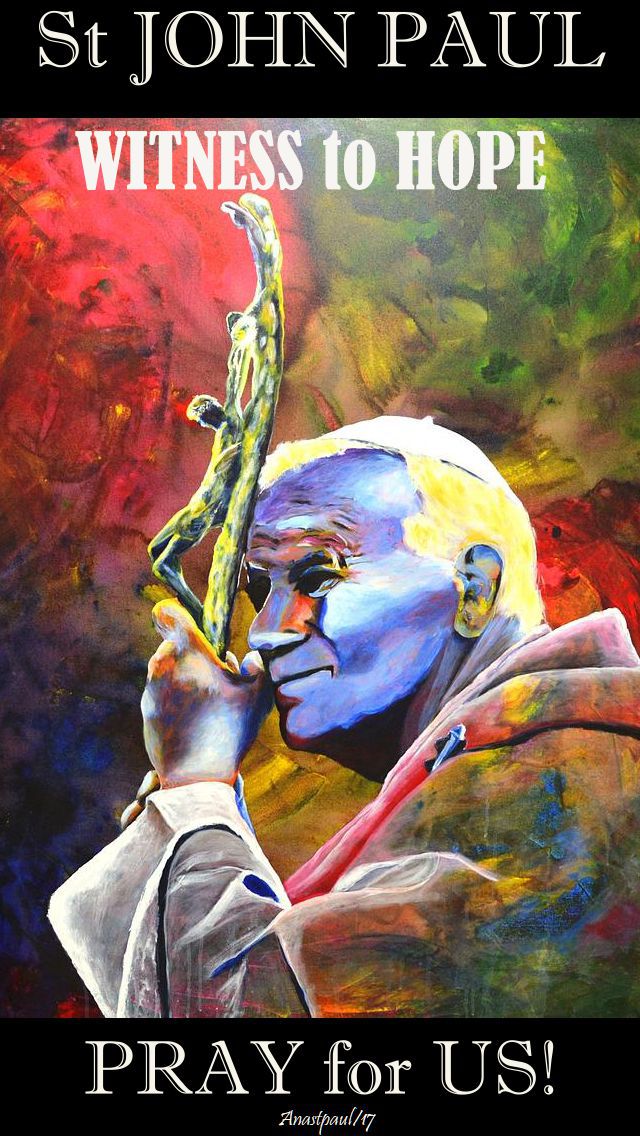