‘Sir, did you not sow good seed in your field?
How then has it weeds?’

“As we do battle and fight, in the contest of faith,
God, His angels and Christ Himself, watch us.
How exalted is the glory,
how great the joy of engaging in a contest with God presiding,
of receiving a crown,
with Christ as judge.”

“The dragon sits by the side of the road,
watching those who pass.
Beware lest he devour you.
We go to the Father of Souls
but it is necessary to pass by the dragon.” 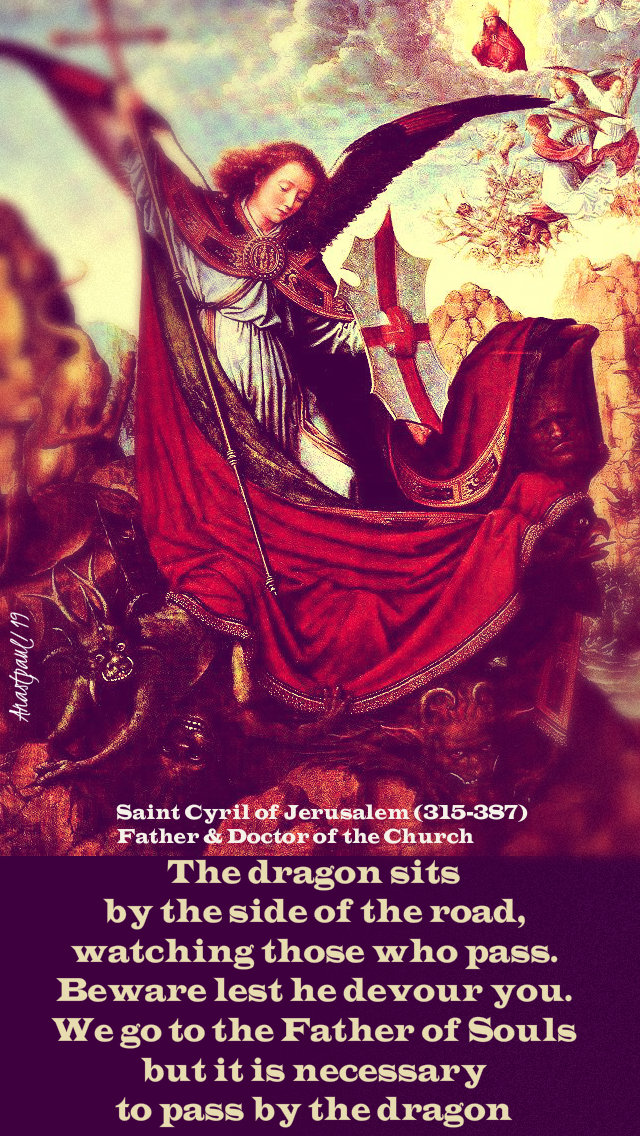 “He could have kept the devil from Himself
but if He were not tempted,
He could not teach you
how to triumph over temptation.” 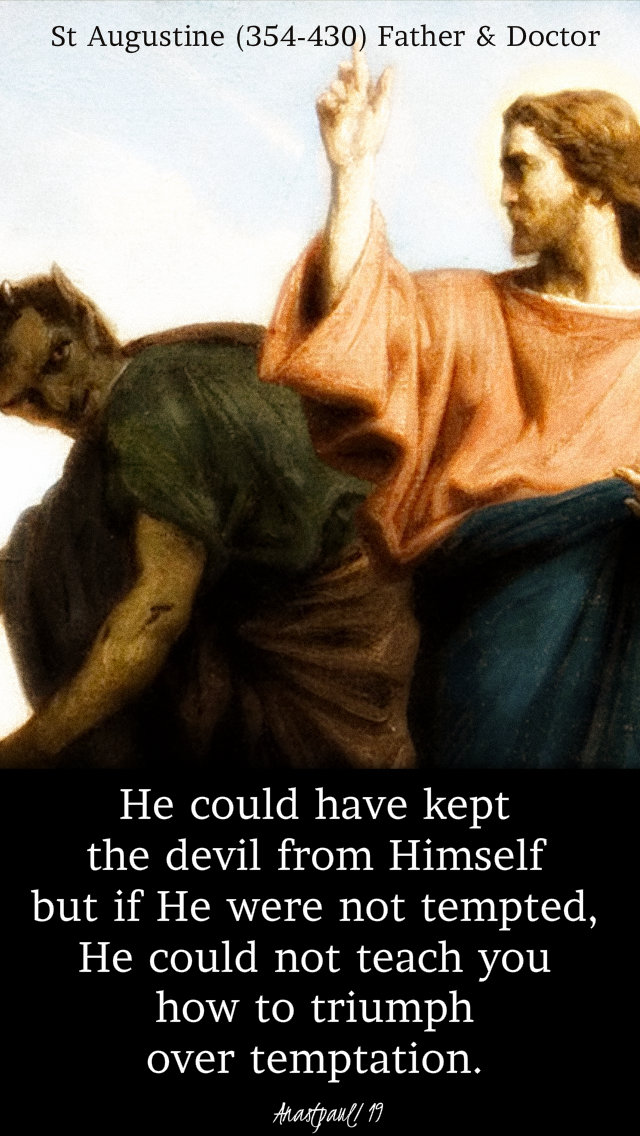 “Three things are absolutely
necessary against temptation –
prayer to enlighten us,
the sacraments to strengthen us
and vigilance to preserve us.
Happy are souls that are tempted!
It is when the devil discerns
that a soul is tending towards
union with God
that he redoubles his rage!” 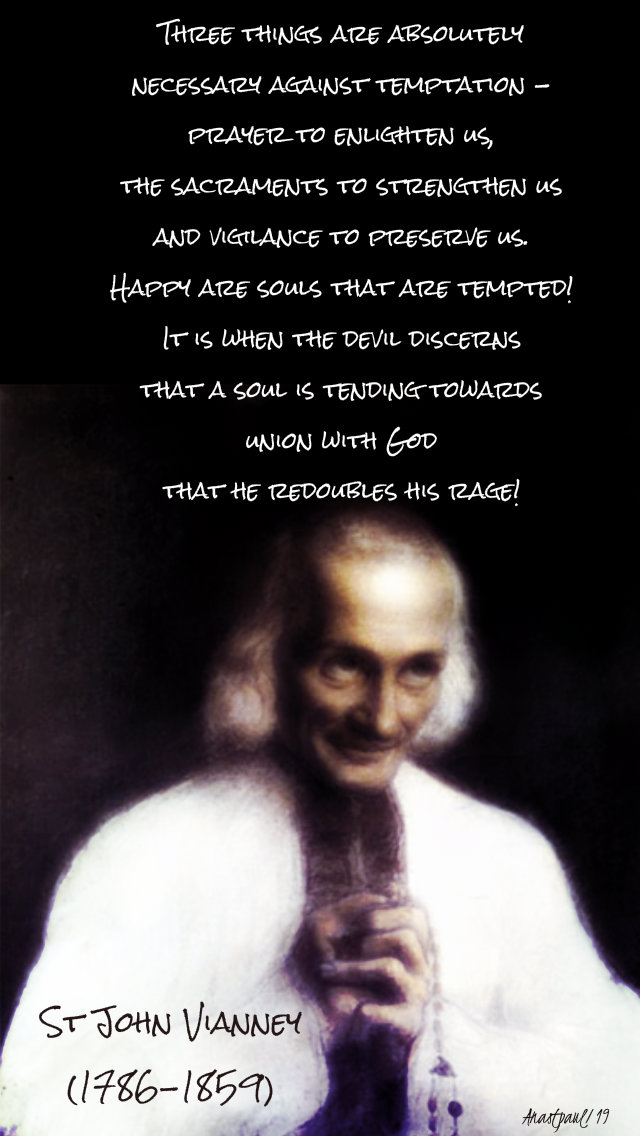 “God will never permit anything,
to happen to us, that is not for our greater good.”

“The storms that are raging around you,
will turn out to be for God’s glory,
your own merit
and the good of many souls.”

“We have close to us, an angelic spirit,
who never leaves us for an instant,
from the cradle to the grave,
who guides and protects us,
like a friend or a brother.”

Would it not have been so simple for Blessed Benedict to pay his share of the required amount to hire the Sangona (Witch Doctor) to “sniff out” the witch who caused the storms?    It was not a huge amount of money required by each resident.   The temptation to do so must have been quite appealing but he refused and tried to explain that the storms were a natural phenomenon.   He did, however, pay the ultimate price for his fidelity, with his blood.

“Virtue is nothing, without the trial of temptation,
for there is no conflict, without an enemy,
no victory, without strife.” 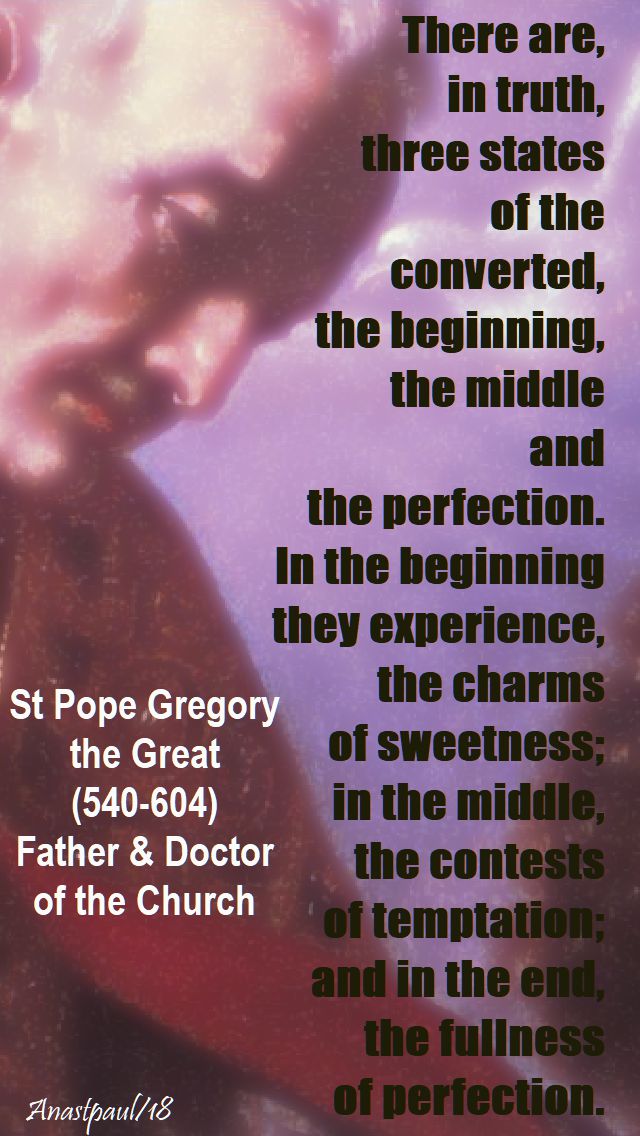 “Do not grieve over the temptations you suffer.
When the Lord intends to bestow a particular virtue on us,
He often permits us first to be tempted by the opposite vice.
Therefore, look upon every temptation as an invitation
to grow in a particular virtue and a promise by God,
that you will be successful, if only you stand fast.”

“The beginning of all temptation lies in a wavering mind
and little trust in God, for as a rudderless ship is driven
hither and yon by waves, so a careless and irresolute man,
is tempted in many ways.
Fire tempers iron and temptation steels the just.
Often we do not know what we can stand
but temptation shows us what we are.
Above all, we must be especially alert against
the beginnings of temptation, for the enemy is more easily
conquered if he is refused admittance to the mind
and is met beyond the threshold when he knocks.”

“It often happens that we pray God to deliver us
from some dangerous temptation and yet,
God does not hear us but permits the temptation
to continue troubling us.   In such a case, let us understand,
that God permits even this for our greater good.
When a soul in temptation recommends itself to God
and by His aid resists, O how it then advances in perfection.”

“When tempted, invoke your Angel.
He is more eager to help you, than you are to be helped!
Ignore the devil and do not be afraid of him –
he trembles and flees, at the sight of your Guardian Angel.” 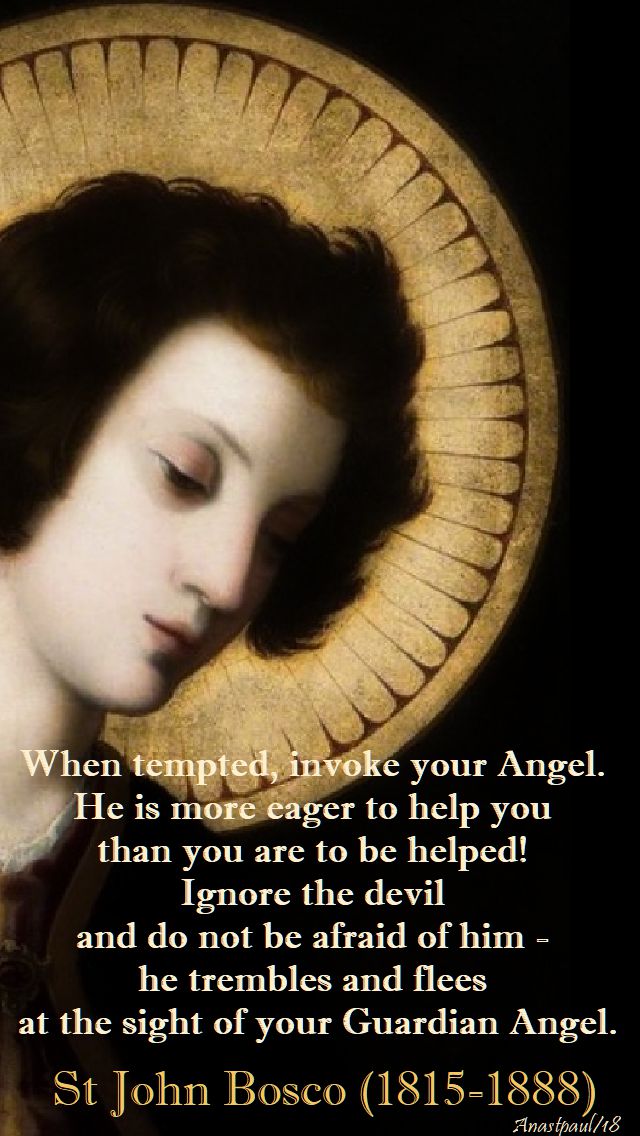